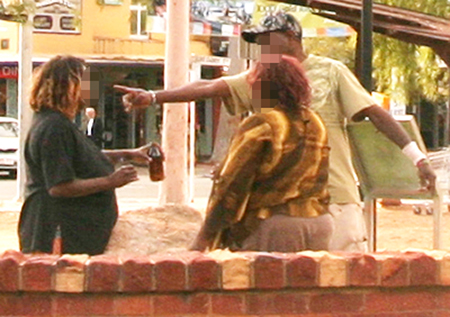 "The Intervention’s new alcohol measures are steps, but they’re just small steps, when what we urgently need are big steps," says newly elected President of the Criminal Lawyers Association of the Northern Territory, Russell Goldflam.

The latest measures announced under the Intervention involve compulsory income management for people with alcohol-related problems and ministerial approval of local alcohol management plans under guidelines yet to be announced.

The "big steps" that Mr Goldflam and CLANT want are a floor price and volumetric tax. Measures such as these would have a chance of making inroads on the NT's appalling levels of domestic violence, fueled by alcohol.

"Let’s have a minimum price on grog so that nothing alcoholic is cheaper than the current price of beer. And let’s have a tax based on how much actual alcohol is in the product, to wipe out the ridiculously unfair advantage cheap and nasty cask wine producers have over all their competitors.

"Do that, and we’ll see an immediate, substantial and sustained reduction in grog-fuelled violence," says the senior Alice Springs legal aid lawyer who has represented hundreds of clients charged with assaulting their partner or other family members.