Democracy is complicated in the shires 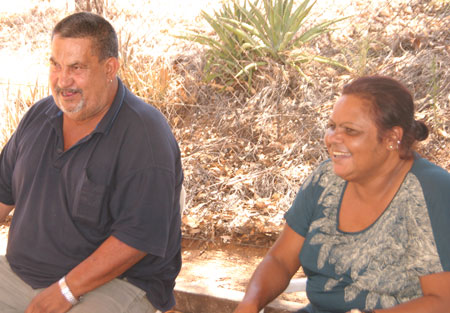 The new rule prohibiting shire employees from standing for election to the shire council will have a big impact in MacDonnell Shire, with at least five of the 12 councillors opting to stay in their jobs and not run again in the March poll.

In the Rodinga Ward – covering the communities of Amoonguna, Santa Teresa, Titjikala and Finke – this is the case for all four councillors.

The rule seems like a 'no brainer' if you think about conflict of interest issues, but as ever, conditions in remote communities put a different slant on things.

Councillor Joe Rawson lives at Titjikala. He works as an essential services officer (ESO), and will not run again. The rule will "put a big hole in the Rodinga Ward", he said. Does he think other candidates will come forward in the ward?

"We get an allowance – sitting fees, travel allowance every time we travel , but ... if you do a diff, you might get $700 to come to a meeting but it'll end up costing $1400 to fix the diff." KIERAN FINNANE reports.

Pictured, from top: Councillors Joe Rawson and Roxanne Kenny – he will not stand again but she will.

Intervention – solid black? Or shades of grey and even some light? 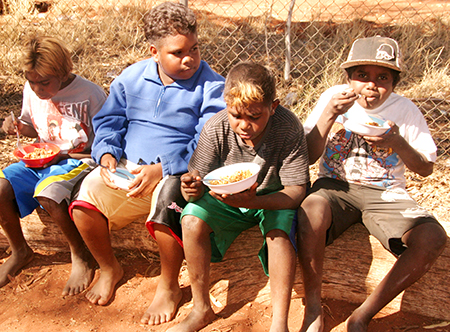 1343 Aboriginal residents in 16 remote communities give their assessment of what the Intervention has achieved and the challenges to come.

The Northern Territory Intervention – "punitive" and a "betrayal of Aboriginal people" as conditions deteriorate even further, as the Stop the Intervention Collective in Sydney (STICS) would have us believe?

Or making some headway, as the responses of 1343 Aboriginal residents surveyed in 16 remote communities suggest?

Believe the STICS media release that paints a picture, without nuance, of devastation and despair?

Or the research results that discern the shades of grey, particularly between small and larger communities, and even discern some light?  Your call.

The Community Safety and Wellbeing Research Study was commissioned by the Commonwealth Department of Indigenous Affairs (FaHCSIA, the one responsible, of course, for the Intervention) and was conducted by four social research companies, employing 50 local Indigenous people to work with them. They made three trips to each community between December last year and June this year, systematically asking residents, using a questionnaire, about the changes that have taken place over the last three years, producing quantitative data for statistical analysis. Residents also took part in discussions about their own experiences and priorities in their community, producing qualitative data.

The study summaries the key "very strong" messages from the survey: the majority of people judge that their life has improved over the last three years; young people are the epicentre of many difficult community dynamics; and, small communities are very different to large ones.

Its authors comment that there is an enormous policy challenge to create conditions in which it is more difficult for young people to opt for a ‘party’ lifestyle, and easier to get a job. They also says there is scope for working to understand why larger communities are much more difficult environments in which to achieve positive change, and to fashion policy to address their very particular dynamics.  Pictured: Children during lunch break at Ntaria School in 2009. Their hot meal had been provided by a school nutrition program, the likes of which, along with the Basics Card, have meant that more kids over the last three years have been getting more food. Photo from our archive. KIERAN FINNANE reports.

By KIERAN FINNANE The best ways to revitalise the Alice Springs CBD may well come from moves other than public works – notoriously slow anyway....
Read more

By GEOFF MIERS The Covid-19 movement restrictions had an upside: Many people turned to gardening. May is a fantastic month for it as daytime temperatures...
Read more
ABOUT US
FOLLOW US
©