Nature, markets kind to cattlemen. Crime, officialdom are not. 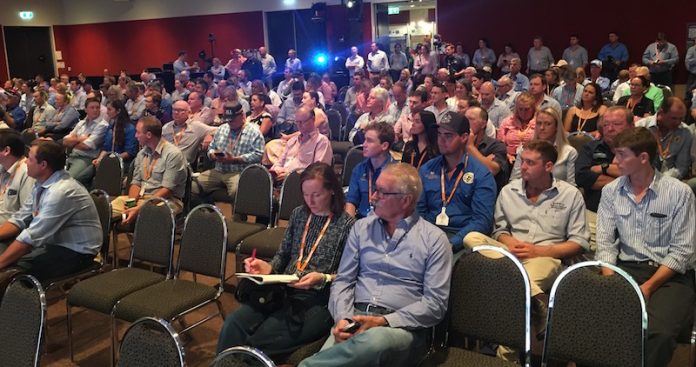 It’s a room full of smiles as cattlemen are gathering for their annual meeting after record rains and beef prices in the clouds.

The problems retiring president of their association, Chris Nott, referred to in his speech were not of their making, nor nature’s: He started his farewell address reflecting on crime and anti-social behaviour which are making it hard to “keep people at their work”.

He asked: “Why are parents not sending their kids to school?”

When the association complained that there were no truancy officers checking bush school, some came on one occasion but did not return.

The greatest competitor for labour is the Federal government and its welfare, says Mr Nott (pictured below).

There are “no real jobs, no real pathways” for young people, no consequence for bad behaviour.

There were 26,000 fruit picking jobs advertised with special incentives but just 400 applicants. 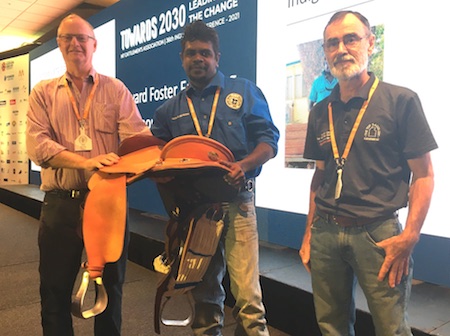 Producers are facing growing demands for funding of the fast growing bureaucracy governing the industry.

Workplace accidents are an increasing problem as regulations are being tightened. Mr Nott mentioned quad bike accidents and being hit by animals as a major risks.

Inadequate precautions are likely to lead to prosecutions with even life imprisonment as a possible consequence.

There have been 59 farm work deaths around the nation last year.

Meanwhile stockman Joseph Gordon from Delamere Station won the Alward Foster Memorial Emerging Indigenous Pastoral Leader Award, sponsored by former Cattlemen’s Association president David Warriner (at left in the photo above). The saddle was made by Geoff Newton, of Katherine (at right). 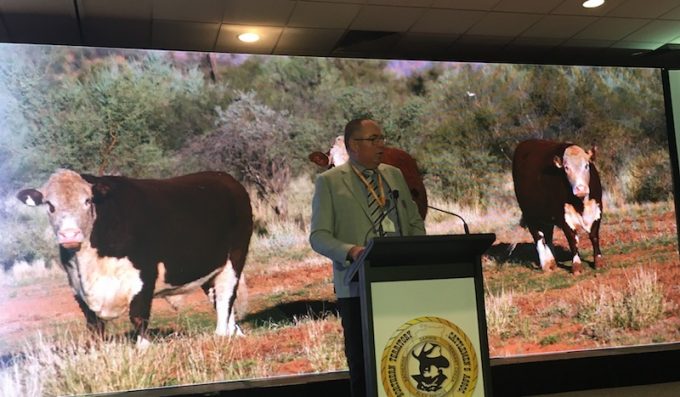