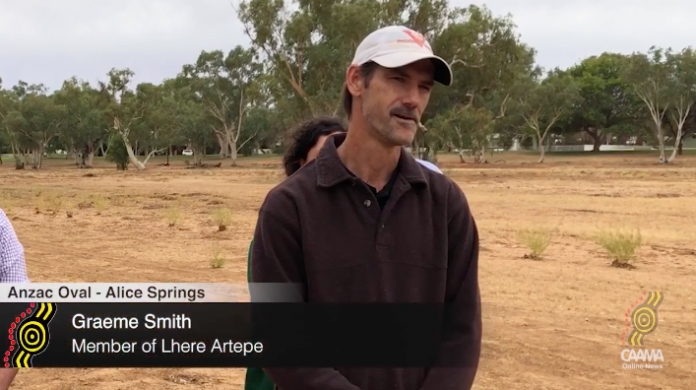 A tumultuous meeting that was meant to be an AGM but apparently failed to conduct any business is putting in doubt Lhere Artepe’s credibility of speaking on behalf of local Aboriginal people.

As described by the reputable Stuart family there was even a physical fight in the meeting room in the DoubleTree by Hilton hotel on Saturday.

The native title body has expressed support for the Anzac Hill precinct preferred by the NT Government for the proposed national Aboriginal art gallery, but the shambles of Saturday’s event is putting a question mark over the organisation’s authority.

The News was not admitted to the gathering but we spoke at length to more than 25 people arriving at the venue.

They considered themselves to be native title holders but several of them had not received an invitation to the AGM.

Several people did not know about the deal with the government. All those who did preferred the Desert Park or a place south of The Gap as locations for the gallery.

No-one regarded as acceptable the proposed holding of the AGMs of the three estate groups – Mparntwe, Antulye and Irlpme – in the same room on Saturday morning. It did not happen.

These meetings were designed to elect three delegates each who would then attend the Lhere Artepe AGM. This did not take place, according to several sources.

Two senior men went further: They say the order by the Federal Court in 2000 to have Lhere Artepe consist of the three estate groups was improper. They say it is the cause of ongoing conflict within the native title body.

The men say each estate should have its own native title body, independently responsible for the three areas within the municipality.

But as it stands, the majority of two can override the third, interfering in the cultural management of country belonging to someone else, a major offence in Aboriginal tradition.

“It’s called divide and rule,” said one of the men.

Lhere Artepe acting CEO Graeme Smith has not responded to an invitation to comment.