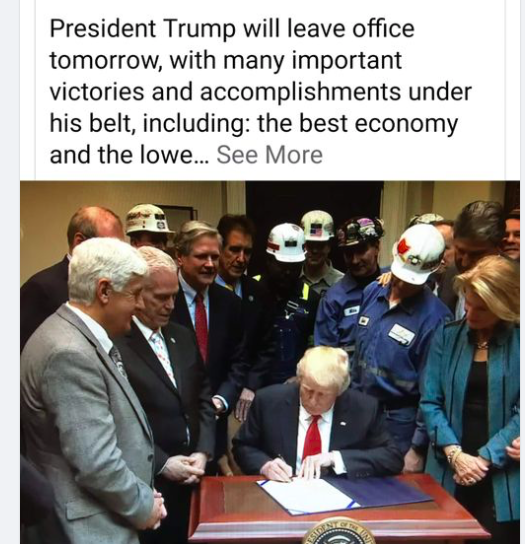 When you move to a new area one of the first things you do is join the local community Facebook group. Generally, these are places to discuss local happenings such as block parties, fundraisers, dances and the quality of local business, and to ask passive aggressive questions about who isn’t picking up their dog’s doo doo right next to the sidewalk.

In Alice Springs, you could be forgiven for thinking you may have joined the wrong group, perhaps one located somewhere in the United States, where vocal Trump supporters offer inaccurate information daily.

Posts that have appeared on the page have ranged from doctored videos of Joe Biden appearing confused and disoriented, to long winded and disproven ‘proof’ of electoral fraud from websites such as the Gateway Pundit. 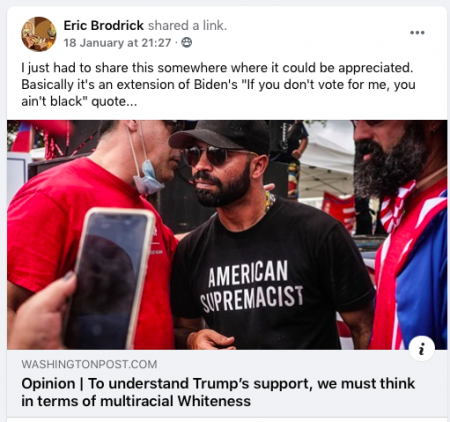 Some days, on local Facebook it seems like the only thing happening in Alice Springs is the fraudulent delivery of a new democratic leader in the United States.

The Alice Springs Community Open Forum is “an open forum for those who live or have lived in the Central Australian region”.

If “your profile shows no evidence of an association with Central Australia your request may be ignored,” but there are no rules on what the content of posts pertains to. Racism on the page has already been covered by the News in the past.

There are over 15,000 members of the Forum. There are only a handful of Trump content-farm workers, but they do have likers and commentators that will join in a good old lefty internet bash if one crops up.

There is no shortage of Americans in the Centre, but it is doubtful that these posters are American voters.

Earlier this week, Mark Kenny wrote for The Conversation that while Trump may be leaving office, his political operating manual has ended up in the hands of some Australian politicians. Trump may be gone, but the loud and proud use of misinformation, and more commonly, the denial of facts, is likely to stay.

Within political leadership, Kenny notes particularly in NSW and at a Federal level, there has been an “insidious adoption of Trumpist methodology within Australia’s political right”.

Also this week, and again for The Conversation, Greggory Melleuish wrote of the downturn for populism in Australia. Political figures like Clive Palmer and Pauline Hanson have lost momentum and threaten to keel over and disappear; people are voting for what they know in uncertain times.

But that’s Australia wide. Here in Central Australia we are in the wake of an election that saw a Top-End obsessed Labor government returned, despite a turning away from the party in the southern electorates. If things that matter to people here are to change, it is unlikely that it will be from government action. 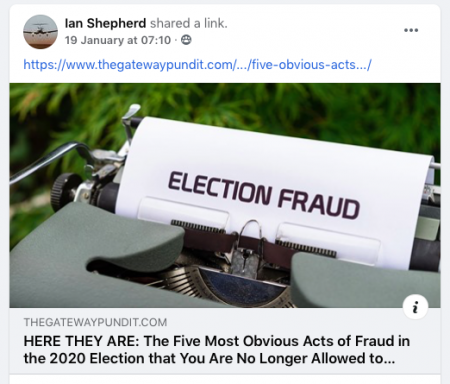 So in light of that, someone who preaches the tearing down of the elite (even if he also brags of being extremely wealthy) and the bureaucrats along with them, might sound pretty inviting, especially if you already tend to swing the way of the right. Or if you have xenophobic tendencies.

Back to the idea, well, that is The Conversation.

Clare Corbould and Michael McDonnell wrote: “After Barack Obama’s presidency, Trump gave voice to the grievances of his largely white supporters who feared they were being displaced in their own country.”

There is a strong correlation between Trump supporters in the Forum and those who have posted racist and xenophobic content throughout the years of the page, especially regarding the Black Lives Matter movement.

All of this said, most likely is that these people are going to the Forum for interaction more than anything. Support or disdain, when they post on the Forum they get what they are after: engagement on a topic that they have passion for, no matter how deluded it may be.

Some on the Forum argue that keeping a watchful eye on American democratic comings and goings is well within the purview of the page, considering they are our biggest ally on the world stage and that we play host to a key part of the American war machine in Pine Gap.

That is an argument that stands true, but not to defend much of the American political discourse that takes place on the Alice Springs Community Open Forum as the information put forward is neither true nor informative.

As the past few weeks have unfolded in the United States, the messaging of the Trump presidency and the media that surrounds and supports it has shown its full effect.

The Trump posters on the Forum are a few people rambling to whoever will listen. It is trivial to break down and at times funny. In the United States, the same messages received by these posters in Central Australia resulted in a shambolic insurrection.

The only real difference is that one is hitting where it is supposed to and the other is a by-product of a globalised online world.

Perhaps the inauguration of Joe Biden will be the end, but it seems unlikely.