Home Issue 49 Will Rolfe trial move to Darwin? No answer yet.
FeaturedIssue 49Volume 25

Will Rolfe trial move to Darwin? No answer yet. 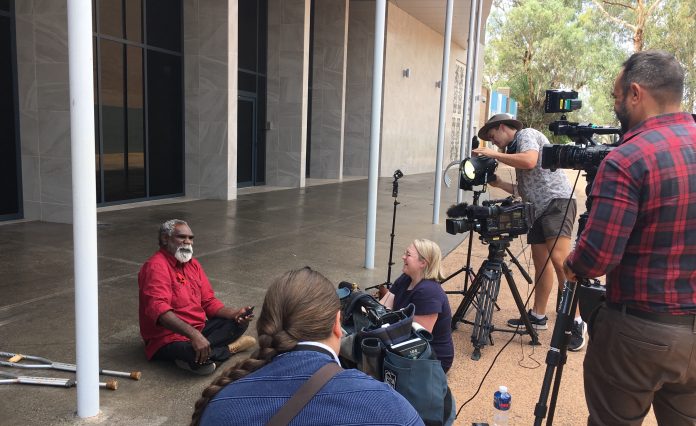 Zachary Rolfe, the police officer accused of the murder of Kumanjayi Walker in Yuendumu on 9 November 2019, today applied to have his trial held in Darwin.

Mr Rolfe has indicated that he will plead not guilty.

The defence argued that Mr Rolfe’s prospects for a fair and safe trial in Alice Springs have been prejudiced by the high degree of interest and commentary on the case, alleging inaccurate and at times mischievous reporting, mentioning numerous examples, involving multiple outlets.

Details of the alleged misreporting have been suppressed by a non-publication order.

Defence also alleged a misrepresentation of the context and background to the shooting at community events (including by public figures), in professional media coverage and in social media.

The broad headings of this (mis)representation let alone the details have also been suppressed.

Mr Rolfe attended the hearing by phone from the ACT; his counsel, David Edwardson QC, attended by video link from South Australia; for the Crown, Sophie Callan SC was linked in from Sydney; and trial judge Acting Justice Dean Mildren was sitting in the Supreme Court in Darwin. 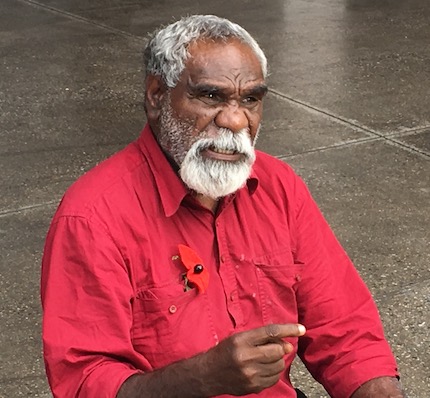 Mr Edwardson noted that the previous cases in the NT where there had been an application to move the venue of a trial, which the defence was asked to consider, predated the wide reach of social media, including the case of R v Woods and Williams in 2010 when, he suggested, Facebook was still in “its infancy”.

All this focus on the Rolfe case – “unlike anything I have seen in my lifetime” – will make it harder to select an unbiased jury in a small town like Alice Springs, argued Mr Edwardson. There would be a much wider jury pool from which to select in Darwin.

Justice Mildren had the figures: for Alice Springs the pool is 15,319 potential jurors (randomly selected from the electoral roll); for Darwin, 78,891.

Ms Callan for the Crown did not oppose the non-publication order sought by the defence, recognising the “sensitivities”, but said much of the effect of the early publicity will be subject to the “fade factor” by the time the case goes to trial in July.

The “starting point” for the trial is that it should be held in the locality where the events occurred (for a Supreme Court matter that would mean, in principle, Alice Springs in this case). This is so that justice is not only done, but seen to be done by the community most closely effected.

She said Mr Walker’s family hold “differing views” on the subject of venue.

In relation to the pre-publicity, she pointed out that the significant events of the case which the jury will be asked to consider are captured by the body worn video of the police officers involved (in the attempted arrest of Mr Walker, during which he was shot).

She said there was some reporting of inaccurate versions of events by people said to be eye-witnesses but that overall the reporting was “not inaccurate in material respects.”

In any case, inaccuracies will be neutralised by the body worn video evidence.

Further, any matters of bias or prejudice can be dealt with by the trial judge at jury empanelment and during directions to the jury once the evidence is heard.

Mr Davidson’s concerns about jury intimidation and the safety of his client were without “evidentiary foundation”, she argued: the committal hearing had passed without incident; and security for the defendant, who was not physically present then but will be for the trial, can be adapted to the circumstances.

Justice Mildren reserved his decision. It will be made known “in due course”, no doubt before the pre-trial mention in late February, but his reasons will be published only to the parties until after the trial is concluded.

Photo at top and close up: Ned Jampijinpa Hargraves, chair of the Warlpiri Parumpurru (Justice) Committee, speaking to media outside the court today. He feels strongly that the trial should be held in Alice Springs.