Home Issue 23 Shires: either revenue must go up or expectations, down
Issue 23Issue 24Volume 19

Shires: either revenue must go up or expectations, down 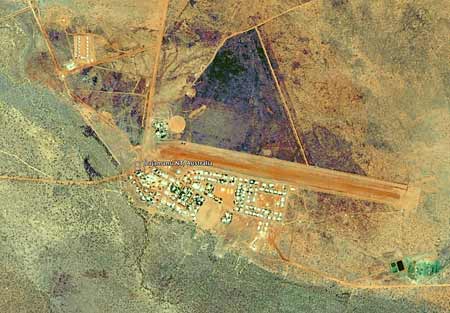 Revenues either have to go up or expectations of shire councils have to go down. If neither happens, shire councils cannot achieve financial sustainability. That’s the broad conclusion of the Deloitte review of the NT shire councils, released today by Local Government Minister Malarndirri McCarthy .
The situation regarding roads within the shires is one illustration of the immensity of the task facing the councils and the paucity of current revenues to help them achieve it.
As always, the interest of the Alice Springs News Online is particularly in the two shires surrounding Alice Springs and having their headquarters here, Central Desert Shire and MacDonnell Shire.
What would it take to bring the roads in and around the Growth Towns in those shires up to a standard expected elsewhere in regional Australia?
There are two Growth Towns in Central Desert Shire – Lajamanu and Yuendumu. Yuendumu is better off than Lajamanu, for which over 90% of the roads with a 50km radius are deemed in poor condition (about 15% for Yuemdumu).
The review estimates an expenditure of $205.12million – a sum many times the entire shire budget – would be required for upgrades and major repairs, with a further $4.57million required annually for the ongoing repairs and maintenance. The review stresses that this backlog estimate does not include all communities within the shire, only the Growth Towns.
It’s worth remembering too the roads allocation for the Central Australian region in this year’s NT Budget: $21m, $2m of which will be dedicated to sealing just another four kilometres of the Tanami Highway.
As CEO of Central Desert Shire Roydon Robertson said at the time, “You can’t have Growth Towns without decent roads to the get to them.”
MacDonnell Shire has two Growth Towns, Ntaria (Hermannsburg) and Papunya.  Upgrades and major repairs to their roads within a 50km radius would require expenditure of approximately $183.15million, with a further $3.95million annually for ongoing repairs and maintenance.
Limited information meant that the review could not undertake a more comprehensive estimate of the renewals backlog for the shires’ assets, but it noted that many of the assets inherited by both shires were “past their useful life” and in need of upgrade or replacement.
The review deems this issue as one of the “critical” ones for the shires. Others include:
• councils being unable to derive a level of own source revenue, making them overly reliant on grant funding (more than 80% of their funding, much of it tied, limiting councils’ discretion to direct it where it may be most needed);
• planned changes to leasing arrangements that may result in paying higher leasing costs that will in turn reduce funding available for core service delivery;
• the costs associated with policy initiatives introduced by other levels of government, transferred to the councils without an equal transfer of funding;
• inadequate budgeting and accounting policies, procedures, systems and reporting leading to a high risk of materially misstated financial reports that may result in councillors and management making inappropriate decisions on the allocation of scarce resources;
• onerous reporting requirements imposed by funding providers, causing inefficiencies, additional costs and administrative requirements that reduce funding available for core service delivery.
These issues were among those leading the review to its conclusion that the current finances and financial policies of the shires it reveiwed are “financially unsustainable based on current practices”.
“This does not mean these Councils are in imminent danger of defaulting on their debt service obligations or that their immediate financial viability is being questioned, however the long term financial sustainability of these Councils will only be achieved through substantial or disruptive adjustments to revenue and/or expenditure,” says the review.

Pictured: Google earth view of ‘Territory Growth Road’ Lajamanu: over 90% of its roads within a 50km radius are in poor condition.  The price tag to fix: over $200m.