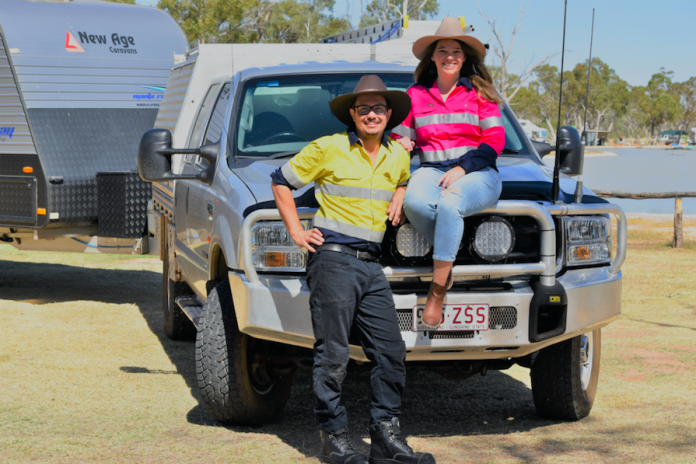 “Revitalise the Alice Springs campus to keep bright young Alice locals in the town, and get them into good jobs here.”

That’s the task Jennes “Jay” Walker has set for himself as he moves from being the Director of Regional Engagement and Development of the Charles Darwin University (CDU) in Alice Springs into its newly created role of Associated Vice Chancellor of Central Australia.

Joining the dots between industries in need of workers and people in Alice Springs who can trade and other vacancies has been a long term issue for the town, with many employers resorting to bringing in workers from other parts of the country or overseas.

Impacts of the COVID pandemic restricting movement around the country has put major strain on local businesses who were relying on backpackers and other workers from out of town, heightening the need for a self sustainable workforce in Alice Springs.

If any proof for this needed it’s provided by two young couples cruising the outback looking for work – and getting heaps.

Myles Bradley and Sarah Bradford left Myles’ family air conditioning business in NSW a year ago, bought a caravan and a ute and set out through QLD and the NT: Work has been plentiful and the pay has been exceptional, especially in Alice Springs, they say.

Travelling in company with two friends they’ve done repairs at regional properties which have been on waitlists for tradespeople for over a year.

“We’re really interested to encourage kind of this younger and upcoming generation of trainees to maybe go mobile to a certain extent. Especially in regional and remote areas I think that we’re still going to see that lack of training people for quite a while,” says Ms Bradford.

“Wherever we go, there’s always more than enough work to go around. Even if you have five to 10 individual companies in an area, they’re still getting pumped with work.”

That’s where the CDU’s Mr Walker’s ambitions come in: “We know what our community needs at the local level, and we can plan it at the local level around that. Whereas previously it was a perceived need from Darwin around what the local need was, and often that was not 100% accurate,” he says.

“I think we have an obligation to [Central Australians], we’re 1500 kilometres away from any major capital city. We should be offering these courses regardless of numbers, that are just in our community like teachers or nurses.

“It’s sad when you go down to the hospital and majority of those people working there probably have studied a qualification elsewhere. And we don’t have Alice Springs people working in there.”

Mr Walker (at right) says he is committed to addressing these issues in the next year, bringing back face to face higher education courses on campus in Alice and are currently recruiting staff to run the courses.

“That way students don’t need to leave Alice Springs to get to university down or interstate if they want to study on campus to be a teacher, or health practitioner or something specific where you need a bachelor’s degree.”

According to Mr Walker, the Alice campus having a more locally focussed agenda, gives them the ability to work with local schools and industries to show people what the whole journey from finishing school to getting into the workplace looks like, in the years before they have to make the decision to commit themselves one way or the other at the end of high school.

“We are an education provider, but we need to be part of a whole community in this.

“We need industry to be driving conversation around what the workforce demands and finding other key players around helping connect the dots. 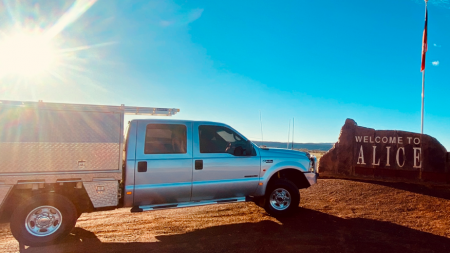 “The student journey needs to be a smooth and easy journey from school, through education and into the workforce.

“That’s something that the community can work together and make that easier for the student, and that’s when disengagement stops happening.”

The Australian Government is also looking to address the lack of education and high unemployment in regional areas with a $50.6 million Industry Training Hubs trial, targeting Year 11 and Year 12 students in 10 locations, one of which is set to be Alice Springs.

The project, which will focus on traditional trades and other in demand occupations, is currently out to tender, while most of the hubs announced in other states and Territories are up and running.

Mr Walker says that CDU already has a strong cohort of trades apprentices, thanks to an increase in willingness from the industry to take on trainees and apprentices rather than just employing people as unskilled workers, thanks to support from Federal Government programs.

PHOTO at top: Myles Bradley and Sarah Bradford and their rig.