Feds, Rovers battle it out at the top 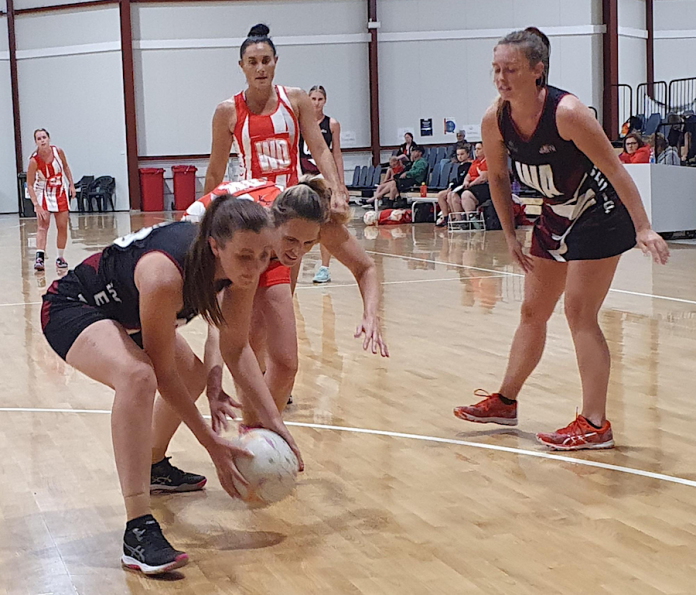 The dominance of the Federal and Rovers netball clubs continued at the weekend at the Pat Gallagher Netball Centre.

Wests Gillen Club was the unfortunate victim in both the KFC A-Grade and the A-Reserves.

The match of the day was the 17-and-under top of the table clash between Neata Glass Giants and Federal Red.

The game did not disappoint with Giants winning 33-32.

To make matters worse for Wests the club’s Epilogue reserves side and its 17-and-under team forfeited.

Neata Glass Giants reserves coach Fiona Bell said it was disappointing for the players not to have a game, especially for Giants recruit Robyn Campbell who was to play her first game with the club.

Campbell, a former Martrix in Adelaide player, arrived in Alice Springs at the start of the season but due to work and a Giants’ bye had not been able to get on court.

Giants stepped up to the reserves grade after nominating for the B-Grade.

The team was bolstered by the return of Rowena Petrenas to join other long serving Giants Stephanie Johansson, Lara Espie and Amie Wilson.

Youngsters Chelsea Pomfret, Chloe Sutton (from Federal) and Andrette Erasmus (from Season’s) were added to the team.

The team has been a success story this season sitting in second place and only lowering its colours to the Rovers A-Grade team and its reserves side which had a number of A-Graders in it.

However, in a great display of sportsmanship and love of netball, the players from the two forfeited games combined to play a scratch match.

By OSCAR PERRI The Federals have moved into second spot on the ladder with a powerful win over West Alice Bloods under the lights at...
Read more
Issue 14

By OSCAR PERRI South Alice looked like a chance to bag their first win of the season early in their round five clash against the...
Read more
Issue 12

By OSCAR PERRI The Town Council will make a $3.4m dip into its reserve funds to balance the budget if a draft for it, announced...
Read more