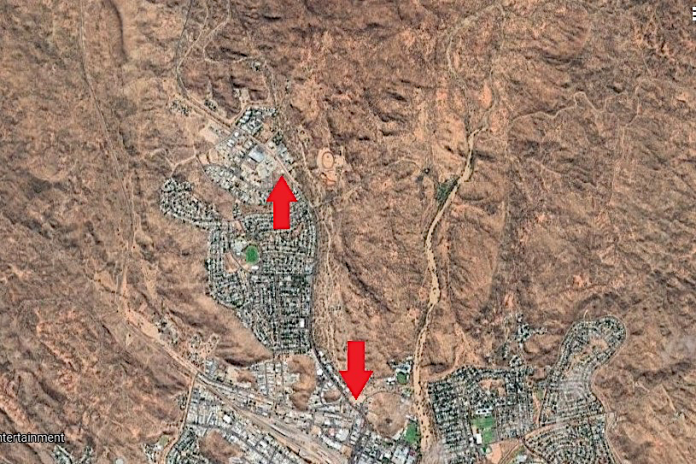 It’s been more than four years now since United Petroleum were granted a development permit for two service stations in Alice, and further delays have compelled the company to seek another two year extension.

The application mentions “protracted negotiations” with Alice Springs Town Council and the Department of Infrastructure, Planning and Logistics, uncertainty of the final design and construction timeframes for the NT Government’s proposed Stuart Highway upgrade; and COVID 19.

Permits were originally granted in 2017 with some conditions, but delays have been constant. The outcome of this most recent application is expected early next week from the Development Consent Authority (DCA).

Both of the proposals are on United Petroleum land on the Stuart Highway, one at the corner of Schwartz Crescent, and the other further north in Braitling, on the corner of Sargent Street.

It’s been a long road covered with obstacles for United, especially concerning the servo on Schwartz Crescent, with amendments to the original plan to suit DCA requirements.

All seemed good to go but the council objected, citing the impact on traffic and raising concern that the traffic impact assessment had been done when nearby St Phillips College was on holidays.

United complained that they had not been given full access to a new report that council conducted in 2018, and took the matter to the Supreme Court.

Neither side budged or made a strong enough argument to convince the judge and eventually agreed there was no further point to the litigation.

During this drawn-out back and forth regulations for service stations have changed, sending United back to the drawing board and once again causing delay.

The NT Government have also announced plans for an upgrade to the intersection, which could have an impact on the service station design.

The issue was raised in Parliament, in a public hearing on NT fuel prices, when Member for Nelson Gerry Wood brought it up as an example of red tape that was keeping competition down and fuel prices up.

In mid 2019, following the court case results, council reconfirmed that they did not support the Schwartz Crescent project but did not have the same concern with the Braitling development.

Council say nothing has changed from their point of view, and are awaiting the application outcome before speaking further.

United seem hesitant to start work unless both plans get the green light. They were contacted for comment but a reply has not been received.