A night in the work of security guards 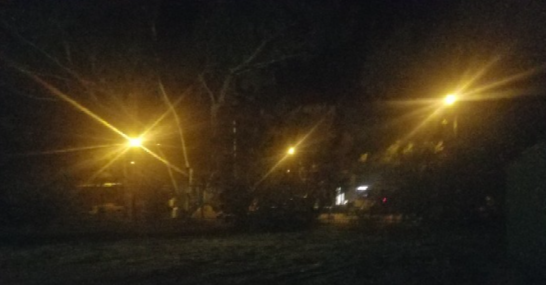 A small army of security guards in the streets, shopping centres and public buildings of Alice Springs are stemming the tide of vandalism and petty crime.

These are two shorthand accounts by staff from O’Brien Security, with minor edits made by the Alice Springs News.

The four digit numbers are times.

2035 Observe group of about 12 juveniles in front of locos. The juveniles moved on via industrial site.

2135 Observe groups of juveniles on by stock pile area. They eventually moved on.

2140 Female and male Aboriginals arguing by the creek terminal side. Moved on when presence felt.

2200 Security at Larapinta crossing. Ghan getting ready to depart.

Security shouted at juveniles to stop as the train was moving. Train driver sounding horn. These juveniles completely ignored security to stop. Shouting out fuck you, get fucked.

One male juvenile then threw a full can of soft drink at security, hitting security in the side of the head.

Security called over the radio to the train drivers to stay where they are as we calling 000 for police immediate attendance.

As security was on the phone to the call centre two police officers on push bikes on site.  Security advised police what had just taken place.

As police were on site Security advised the train drivers they can now depart.

The actions of these juveniles was extremely dangerous in particular running in front of the train as it was moving.

To be followed up by day shift. 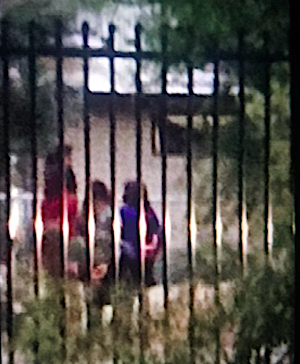 Juveniles from the camp throwing rocks and sticks, one a metre in length, at the cottages. These juveniles continue to throw projectiles over the fence and at the direction of the cottages despite police being advised numerous times and security advising juveniles not to do this dangerous act.

There is a genuine concern for the welfare of residents staff and visitors and if this practice continues by these juveniles it is only a matter of time before someone is hurt.

Residents have been advised to keep calling patrols and including police continue to monitor juvenile activity and report any rock throwing incidents from patrols.

PHOTOS taken at the Old Timers by a security guard.