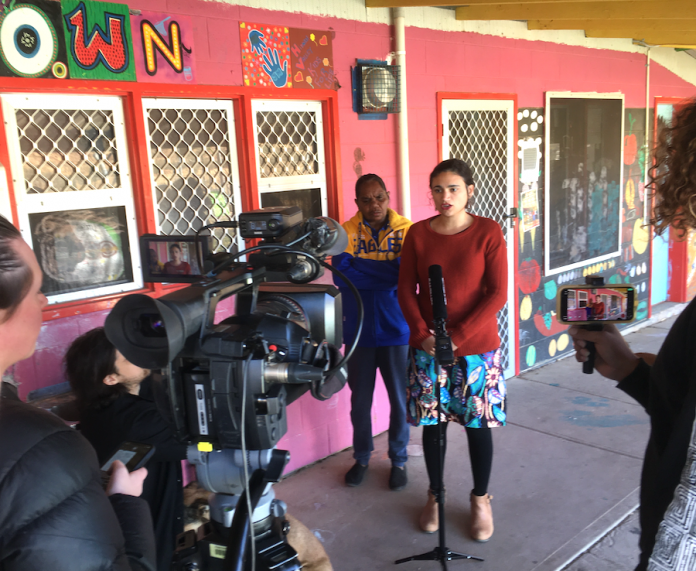 As the NT Government announces a $2.7m expenditure over five years for a Child and Family Centre in Alice Springs a $24m extension to the juvenile detention centre is being built.

The new building next-door to the adult prison is called Youth Justice Centre but when you google that, up pops the Alice Springs Youth Detention Centre.

So is the new building a gaol?

Lauren Moss, the minister for education, children, seniors and women, who made the announcement yesterday, when asked by the News would not give a direct answer.

NEWS: You are building a $24m Youth Justice Centre at the prison site. I guess it is a prison. A lot of money is being spent on young people while the problems with them continue and are worsening.

MOSS: In terms of youth detention there will be a … obviously Kate Warden is the minister responsible for Territory Families. There is also a need to invest there and that is happening. There is over $229m going into investing in children, in young people, every year. That is a commitment this government will continue because we want to achieve generational change.

The youth gaol has a chequered history. Soon after Labor came to power in 2016 the “Juvie” was separated form Corrections and fell under the Families portfolio of Minister Dale Wakefield.

She was highly critical of the existing facility, announced temporary improvements and a search for a new location, closer to town, making it easier for families to keep in touch.

This was followed by an outburst of NIMBY as the now softened existing facility became a joke with kids escaping in droves.

And now the new prison (centre?) is taking shape without fanfare, next-door to the adult prison.

On the web it is stated: “Youth Justice Officers and case management staff are responsible for the day-to-day care of young people accommodated in the centre.

“The Owen Springs Education Unit is a school for young people who have been remanded or sentenced to detention.

“The case management process includes a plan of action to deliver programs that are likely to promote crime prevention, build safer communities and address the individual psychological, social and emotional wellbeing of the detainee.”

Meanwhile the “latest” Child and Family centre, for the zero to five-year-old age group, 11 of them now in the NT, announced by Minister Moss yesterday is being run by Tangentyere Council.

It will seek to “get kids off on the right track”. The hub model will serve five Alice Springs town camps, using existing community infrastructure and feature local decision making.

The News is seeking further information about the new building.