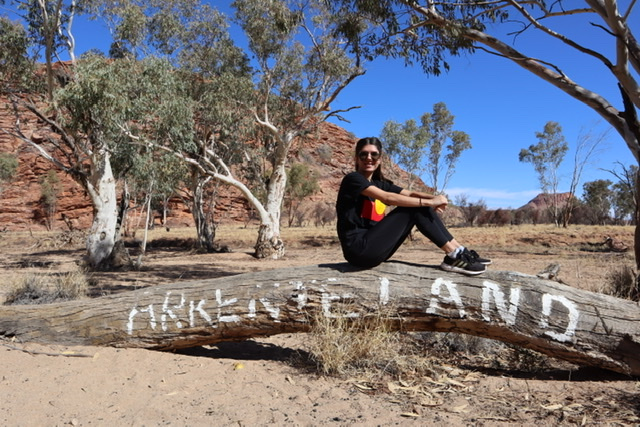 Having more Aboriginal lawyers and professionals is the place to start solving crime issues of Alice Springs, but the government is not doing much to help, say legal experts. 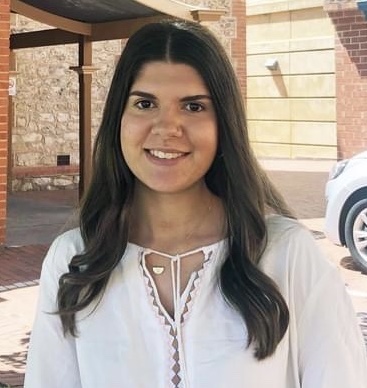 Law student Mikeyli Hendry (left, supplied) hit a major hurdle late last year when she was told her ABSTUDY payment eligibility had ended, and she was cut off from government support.

The payment stopped after five years, with at least a year to go in her course.

The 23-year-old Arrernte woman says it was a relief to become the inaugural recipient of the Australian Academy of Law (AAL) First Nations Scholarship, which includes a $5000 grant she will use this year for local studies in Alice Springs.

“It was taking a long time just to get something done, I had to keep pressing them to get my matter heard and on the priority list because I hadn’t been getting any income at all,” she says.

After a month or two of hassling the Department of Social Services (DSS), Ms Hendry received a letter saying “you no longer qualify for basic payment.” The letter had no further explanation.

She found some work over the summer, but had to support herself with savings as she completed the arduous sixth and final year of her law degree at Adelaide University.

Before receiving the scholarship, covering the cost of textbooks and transport was becoming a strain on Ms Hendry, let alone being able to see her family and connect with her community in Alice.

“Centrelink hasn’t always been very nice to me, it’s always a struggle to get in contact with them to get my affairs in order.

“It can take a really long time, and things are all over the place.” 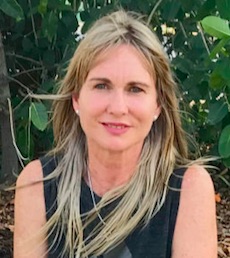 According to North Australian Aboriginal Justice Agency (NAAJA) CEO Priscilla Atkins (left, photo NAAJA website), this is a common story for young Aboriginal people trying to get a degree.

She knows of a current case where a student is waiting for approval, five months after being accepted into a university in Melbourne and making an application, putting a serious potential debt over their head.

“It’s just too hard. How do they [DSS] think people are going to be able to survive if ABSTUDY can’t even accept people’s applications?

“The people that you’re dealing with in ABSTUDY, a lot of them are providing mixed messages. Each person you talk to gives you a different version [of eligibility for the scheme].

“People are trying really hard to get a degree that will allow them to have a good career, and they’ve got this system that keeps holding them back,” says Ms Atkins.

“Back in the day, I’m talking about 20 years ago, the government really encouraged Aboriginal people to get degrees.

“Then they cut it, every little avenue that you could come into for funding has been cut.”

Non government organisations like NAAJA, AAL and universities are picking up the slack for government in supporting young Aboriginal people to pursue degrees and professional careers, according to Ms Atkins.

She says there is enormous value to having Aboriginal people like Ms Hendry working in these fields, and plenty of opportunity for them once qualified.

“They’ve got the experience, the understanding of culture, the language, a lot of our clients feel very comfortable with an Aboriginal lawyer.

“They can resolve so many issues at the very early stages and the impact on these families’ lives is amazing.

“Stress levels go down, violence goes down, it can have this huge roll on effect just by some of our mob getting a law degree and supporting their mob.”

Ms Atkins says Aboriginal lawyers further contribute to these communities by educating Aboriginal people about the law and how it works, helping to keep people from coming into contact with the law in the first place.

“A lot of our mob don’t even understand it.”

Ms Hendry is expecting to be qualified to start work in the next year, and is eager to return to Alice Springs to work with the Aboriginal community in the criminal law and social justice field.

She says having more local Aboriginal lawyers in Alice and the Territory is a step in the right direction towards resolving a poor relationship between Aboriginal communities and the courts.

“A lot of the lawyers who come to work in the Territory aren’t actually from the Territory. They’re from interstate, or big cities like Melbourne, Sydney, or Brisbane, so when they move to the Territory they get a big shock of how complex our legal issues are.”

Ms Hendry is disturbed by the issues with crime, police and the courts that are facing her community, which has inspired her to pursue a career in criminal defence law.

“I’m very passionate about youth justice. And I think just growing up in Alice Springs and seeing how the town has progressed with youth crime.

“It’s really sad to me, that’s something I’m very passionate about wanting to help fix it.”

She sees education about the legal system for Aboriginal people, especially youth and elders as another key aspect of bettering the current situation.

The final year law student has just received an offer from South Australian Solicitor General Mike Wait to fulfil the mentorship aspect of the program, which she has accepted.

“It was reassuring to hear that senior lawyers have an interest in helping people like me with our careers,” she said.

AAP president Alan Robertson SC says the mentorship could be the most valuable part of Ms Hendry’s scholarship in the long run and they have been able to extend this to all the other candidates.

“Linking up with senior practitioners will stand them in good stead for their final year of studies, it can be a pretty tough time.”

Australia’s first Indigenous Senior Counsel Anthony McAvoy was a selector for the scholarship, and was impressed by the candidates.

“I left the interviews feeling inspired and reminded that we have come a long way since I was in their position as a young student.

“I am sure Mikeyli will benefit greatly from the AAL’s generosity and go on to be a fantastic advocate for her people and thereby add significantly to the justice system as a whole,” he said.

DSS have been asked for comment but no reply has been received.

A response has been received from the DSS, they are unable to comment on Ms Hendry’s individual circumstances, but say the length of eligibility is determined by the course length.

A student in a course requiring more than two years can receive payment for the normal course duration plus two years, with a one year extension possible in some circumstances.

According to the Adelaide University website, Mikeyli’s course takes four and a half years.

The department says processing times for applications or other requests are a matter for Services Australia, not DSS.

“The Government is backing Aboriginal and/or Torres Strait Islander students to get the very best start in life through a successful education,” says Minister for Families and Social Services Anne Ruston in the response.

“There have been absolutely no cuts to ABSTUDY, it is a demand driven system and is available to as many students who need it.”