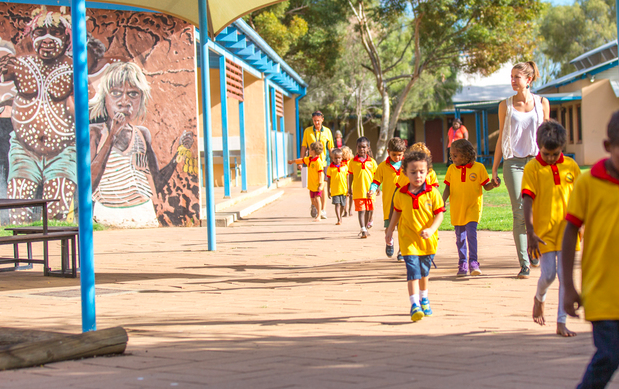 The dissolved board of the Yipirinya School has called out the NT Government for what they think was an “unjust, procedurally unfair, and unreasonable” investigational procedure that led to a statutory manager being appointed to the school in late 2020.

A document provided to the News claims that two investigations into the school came to contradictory conclusions: while a routine investigation by the Department of Education found the school to be compliant, an investigation pursuant of section 93 of the Associations Act led to the current situation.

Both investigations were undertaken throughout 2020, but the document claims it was not until January 27 this year that they were made aware of Ms Fenbury’s appointment in December 2020.

At a meeting that day the board says that “John McLaren informed [sic] staff of the collaboration between the NT Department of Industry, Tourism and Trade and the NT Department of Education in making a joint determination on the appointment of a Statutory Manager, even though YSIC (Yipirinya School) had successfully passed its registration.”

The document asks why a statutory manager was required if the school is compliant under the relevant laws.

As reported by the News earlier this year, sources surrounding the school have spoken of a financial mismanagement and bullying by staff under the promise of anonymity.

The document also proffers a suggestion that the school is being targeted as a way for the government to appear stronger on youth crime in Alice Springs.

“It is clear that enrolment and attendance of Aboriginal children in the Central Australia region is disturbingly low but the question that YSCI poses is why has the iconic Yipirinya School been targeted by the NTG when it is legally compliant?

“It has been suggested from an Aboriginal perspective that the takeover is purely a smokescreen to enable the NTG to be seen to be doing something about the current youth crisis in Alice Springs but YSCI maintains that this comes at the cost of Aboriginal control over its community.”

The Department of Industry, Tourism and Trade, who have been tight lipped on the events that led to the government stepping in, has been asked for comment on the questions posed by the document.

By ERWIN CHLANDA Applicants under the NT Government's $500 a year NT Seniors Recognition scheme need to cope with conditions that are arbitrary and unnecessarily...
Read more
Issue 16