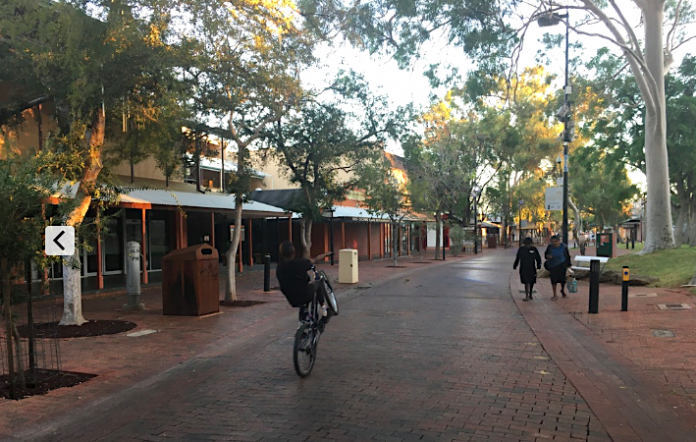 The Territory Government is providing more land for homes in Alice Springs, including $8.3m for release of another stage of Kilgariff Estate, according to a media release from Chief Minister Michael Gunner.

He says: “A further $16.1m has been set aside for development of industrial land in Alice Springs, including potential releases in Arumbera and Brewer Estate.

“The Tanami Road project is a $200m, 10‑year initiative to upgrade and seal key sections of the road, jointly funded by the Commonwealth and Territory governments.

The Tanami Road stretches for more than 1,000 kilometres between Alice Springs and Halls Creek in Western Australia.

Sealing the Tanami Road from Alice Springs to Yuendumu commenced in November of 2020 and is due to be completed by late 2021.

The project will deliver significant economic benefits to the region, particularly in the mining, pastoral and tourism industries, and increase remote community access to essential services. 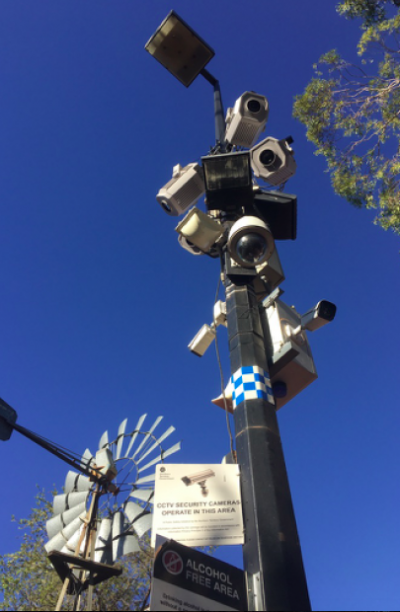 A $11.3m multi storey carpark at the Alice Springs Hospital will provide 250 more carparks
for staff and the public. Construction is underway and due to be complete by December.

The Commonwealth has committed $25.7m for an ambulatory care centre at the hospital, to deliver a broad range of services including renal dialysis, oncology, obstetrics and gynaecology clinical services and midwifery.

The Territory Government has invested $15m in the CBD to “enhance amenities, improve safety (CCTV array in the Mall), reduce radiant heat and attract people and business back to the CBD,” says Mr Gunner.

The Outback Way is a series of roads and unsealed tracks connecting Winton in Queensland to Laverton in Western Australia via Central Australia, passing through Alice Springs.

The route, which includes the Plenty Highway, totals 2,800 kilometre and is a popular 4WD road trip experience. Construction on the Plenty Highway and Tjukaruru Road started in 2015. Several road upgrades have been completed to date, with five further packages worth $23.3m expected to be completed by the end of 2021.

This will contribute to fully sealing the route from Western Australia to Queensland.

The Budget commits $46.9m to developing a National Aboriginal Art Gallery “at the Anzac Hill Precinct in Alice Springs.

“The gallery will be the centrepiece of the Territory Arts Trail and be dedicated to the display, celebration and interpretation of Aboriginal art,” says Mr Gunner.

The design is due for completion by the end of 2021, followed by construction soon after.

The National Indigenous Cultural Centre in Alice Springs will be a “dynamic and living centre that celebrates the historical and ongoing contribution of Aboriginal culture”.

The Alice Springs hospital staff accommodation will be close to the hospital and will have 40 x 1 bedroom units, 20 x 2 bedrooms units and 10 x 3 bedroom units, of‑street parking, swimming pool and gymnasium, rooftop common area and retail or other commercial space adjacent to Todd Street.

The facility will be leased by government at an expected cost of $29 million over 15 years. Construction is currently in progress, supporting 120 construction jobs and 125 indirect jobs with at least 15% Aboriginal participation. Construction is expected to be complete in late 2021.

Central Australia is the Territory’s largest region, covering 42% of the total land area. The region includes small communities separated by long distances. It is home to about 39,400 people, of whom about 43% are Aboriginal. Alice Springs has a population of about 26,400 people.

AT TOP: The empty Todd Mall: $15m to “enhance amenities, improve safety, reduce radiant heat and attract people and business back to the CBD,” says the Chief Minister.

Meanwhile Opposition Leader Lia Finocchiaro says in a media release: “For the second year in a row, the Chief Minister has delivered the worst budget the Territory has ever been forced to endure.

“Yet, the Treasurer’s so-called plan is a patchwork of re-hashed announcements, devoid of a blueprint for budget repair or economic growth. The deficit will sit a shade under $1.5 billion.

“Labor is still putting $3.7 million on the credit card every single day just to keep the lights on,“ says Mrs Finocchiaro.

Independent Member for Araluen Robyn Lambley says the Budget is a “rehash of old announcements for Alice Springs with no timeframes.

“The lack of real commitment to Alice Springs was evident in Parliament today when the Chief Minister struggled to articulate his top three priorities for the economic reconstruction for our town.

“The debt was sitting at $8 billion before COVID hit. The lack of prudence, restraint and responsibility of the Gunner Government in managing the finances of the NT over the past five years is an absolute disgrace. Territorians are paying more than $1m per day just in interest repayments.

“But for Alice Springs it is more of the same old announcements and no solid plan for delivery.”

Police Association president Paul McCue says in a media release: “It is clear the government have taken on board direct feedback from our members on the ground who for too long carry the workload of what is a larger social issue, one which has to start in the home.

“We recognise the CLP have been pushing urgently for change in this space as well, and we hope to see changes in legislation passed next week on urgency to begin breaking the cycle of crime, in particular for the 16% of youths who continue to reoffend.

“Doing this should prevent some of the horrendous attacks we have seen on the community and our police in recent times.”