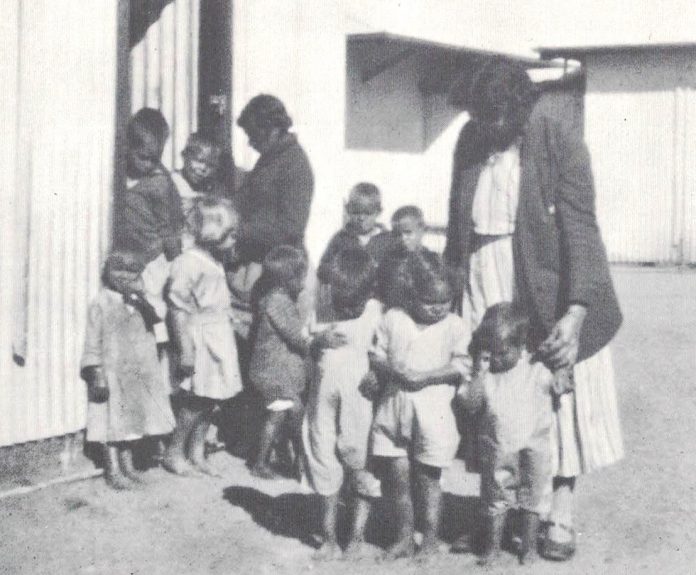 The Stolen Generation’s case for compensation from the Commonwealth for the personal trauma caused by being forcibly removed from their families and placed in institutions like The Bungalow is a very timely reminder that its history needs to be initiated now by the Minister for Indigenous Australians, Ken Wyatt.

Aboriginal artist, Heather Alley, now 84, is one who is seeking compensation via the class action.

She was forced to live away from her mother at the age of 10 in Alice Springs where she says that she was badly treated.  She spent only eight years with her mother whom she dearly loved.

After her mother died Heather Alley was heart-broken and it was 30 years before she could even say her mother’s name.  How cruel is that?

Mrs Alley’s daughter finds it “extremely disrespectful” given the way that the Stolen Generation has been treated.

One thing that makes it difficult to win such cases is the lack of records and the loss of records.

In the Gunner / Cubillo case of 2000 there were quite a lot of documented records available to support their case.  There were also various people alive who gave critical information. However, even with these written and verbal records the case failed.

One of the stumbling blocks was the fact that the Commonwealth Government had acted lawfully if not morally.

The Gunner / Cubillo case was vigorously contested by the Commonwealth Government.  They engaged the services of a Sydney based legal firm that specialised in ethnic litigation with some of their lawyers having had overseas experience in this type of litigation.

This law firm virtually left no stone unturned in their quest to dig out every detail via documentation and interviews that would give strength to the government’s case.

There is little doubt that the work of this law firm contributed significantly to the government’s success. At least one key person interviewed has since died.

This present class action will probably face similar stiff opposition from the Federal Government which could impact on the final outcome.

While the Federal Government has every right to put its case, its actions could come across as showing little regard for the suffering of the Stolen Generation.

This then is also a reason why the government needs to take responsibility for initiating a definitive history of The Bungalow.

Minister Wyatt has responded to the news of the class action by saying that given the legal implications he is not in a position to make any comment.  What a great position for a Minister to be in!  He can’t make any comment!

However, he could make a positive move simply by initiating the Bungalow history proposal!

John P McD Smith is the Chair of the St Francis’ House Project.

PHOTO: Children in 1934, with Aboriginal assistants at “The Bungalow” Alice Springs, 1934.