Home Issue 9 Netball: Under 17s to battle out the match of the night
Issue 9Volume 26

Netball: Under 17s to battle out the match of the night 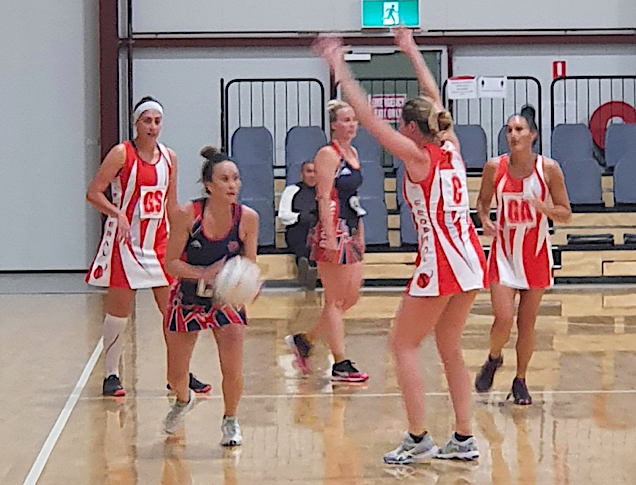 There are interesting contests through the grades as the KFC Alice Springs Netball season approaches the third way through this evening.

Federal Club Eastside and Wests Epilogue make up the top four after drawing their first match of the season.

Wests Gillen and Federal Club Eastside have a chance to consolidate third position when the play each other at 9pm.

Angels have the job ahead of it tonight coming against Rovers Complete Construction A-Grade inside the stadium at 6pm.

It will be an interesting contest between the Rovers Complete Construction Reserves and Wests Epilogue at 7.39pm. Giants have the bye.

The match of the night will be the 17-and-under clash between two undefeated teams – Giants Bark n Bath and Wests LinkUp – at 6pm.

There is a clear division in the 17s grade with the two undefeated teams leading from Federal Red (four wins) and Seasons ASYASS (three wins).

Three teams – Rovers Raptors, Rovers Ravens and Sundowners Elders Insurance – have one win while Neata Glass Giants are yet to win.

Giants and Ravens will have the chance to improve their record when they play each other at 9pm.

With two wins apiece in B-Grade, Sundowners Elders Insurance and Wests LinkUp will be out to make a move towards a place in the top four when they clash at 9pm.

The top two teams in B2, Rovers Complete Construction (undefeated with five wins) and Wests Loco Buwill clash outside from 6pm.

Chasing them, with three wins each, are Wests Ward Keller, who will play winless Seasons R&R Tax + Bookkeeping, and Federal Cyclones, who will play sister side Federal Scorchers.

The second C-Grade team, Gtsesiants Dreamers, will play the third, Wests, from 9pm in what will be the match of the round for C-Grade.

Topping the grade’s premiership ladder are Rovers BnTz and Federal P&V Flames on four wins each.

Rovers should be able to move clear on the ladder tonight as Flames have the bye.

A full strength Federal Club Eastside A-Grade side will play Wests from 7.30pm.

The five youngest under-age grades, from 8-and-under to 15-and-under, will be played from 9am tomorrow.