Home Issue 8 Youth bail: The other side of the coin
Issue 8Volume 26

Youth bail: The other side of the coin 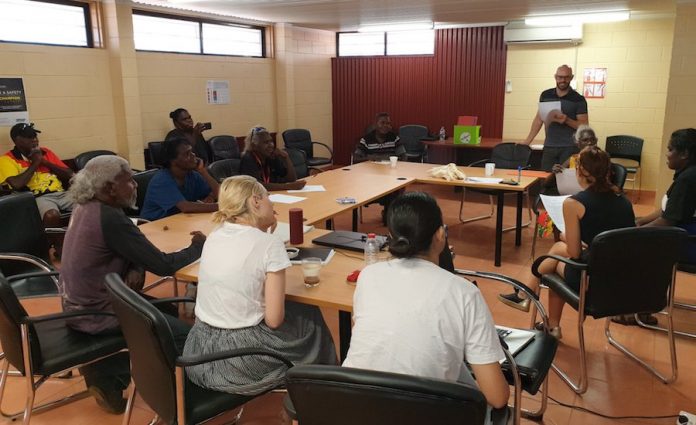 When looking at bail law reform for young people, just how young these people are needs to be remembered and recognised.

Statistics disclosed by Territory Families, Housing and Communities (TFHC) show public concern about youths “let go by the courts and straight back into re-offending” are largely misplaced: Since 2015-16 there has been a 23% increase in young people successfully completing their bail conditions in the Northern Territory, jumping from 53% in the year of the Royal Commission into the Detention and Protection of Children in the Northern Territory, to 76% 2019-20.

“We’re also dealing with young children who in many instances will have English not as their first language,” says Mr Woodroffe.

The public conversation about bail law has been heated in the wake of an A Current Affair special report on youth crime in Alice Springs and clamouring for tougher bail laws from both sides of politics in Darwin.

Mr Woodroffe says that the current cost of keeping young people in custody is $4600 per day.

That’s $46,000 per day for the 10 young people on remand at the start of this month. If they are still in remand, the cost of keeping them under lock and key has been $414,000 over the past nine days.

Mr Woodroffe says that there are simple and more cost effective ways to go about this problem, ways that may avoid additional trauma down the line.

Additionally, he says that misconceptions and lack of understanding of what bail means for young offenders can lead to breaches of bail.

“Someone says you need to stay at home, well ‘at home’ can be sitting at home with mum, it could be home with grandma at a different house, you know probably staying with aunty on a different day. That’s all part of your home.

“So we’ve got to sort of look at how we can provide the support, and how can we get bail that’s tailored to that individual.

“The most important thing is that you’ve got to teach children. Many children don’t understand concepts around issues of bail.

“We have young children with disability and chronic issues around hearing loss. Then you can have the overlay of children with, you know, educational learning difficulties, or mental disabilities. These can be all the sort of factors for that young child.”

“When it comes to the education, it’s not just the children, it’s the adults.”

There is also supported bail accommodation, which is provided by Saltbush Social Enterprises, which can house up to 12 young men while they await their court date.

Mr Woodroffe says: “Organisations that do these alternatives to custody such as Saltbush are really important.

“We have to think that there’s many issues for children around who are homeless or living in overcrowded accommodation or don’t have appropriate places to stay.”

TFHC says that of the 33 young people on bail, just three are currently being accommodated at the Alice Springs Saltbush facility.

However, in their statement TFHC did praise the work of Saltbush for providing “a safe, secure, home-like environment and improves the likelihood of young people maintaining bail conditions”.

Mr Woodroffe, who has been echoed by other critics of Territory Labor’s promise of “tougher than ever consequences for breach of bail,” says that the statistics are proof the initial changes are having success: “We need to give it time to show the process so that it can be properly evaluated.”

CORRECTION: The statistics in the third paragraph were earlier reported to have been disclosed by Mr Woodroffe, but were in fact disclosed by Territory Families.

PART THREE by ROGER STEELE and DON FULLER Waste and incompetence are rampant. In Part Two we gave as an example Roebourne in Western...
Read more