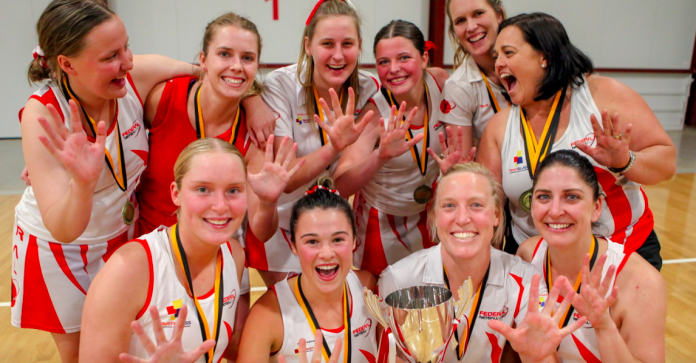 There will be a full day of netball games at the Pat Gallagher Netball Centre as the 8andunder and the 10andunder teams begin their season.

Ten teams nominated for the 10s and eight for the eights.

These two grades begin at 9am after six weeks of the Net Set Go introduction to netball program before Easter.

These grades continue the development as they are played under the rules of netball, the goals scored are not recorded.

All the other grades will play through the afternoon with the final games starting at 4.30pm.

Friday’s KFC A-Grade game is the second clash for the season between Rovers Complete Construction and Wests from 4.30pm.

Wests coach Tahlia O’Cass is looking for a better performance than the 62 to 19 result from round one.

The return of Kimberly Ellis to the Wests A-Grade squad will be a bonus going forward with O’Cass to decide if she rushes the talented attack player straight into the As or lets Ellis find her feet in Reserves.

Wests is looking for Margaret Smith to return at the end of the month to field its best side.

“Hopefully we will be more competitive,” O’Cass said.

“The effort is there. We just need a few things go our way.

“We have to put four quarters together.”

Rovers coach Leanne Southam is hoping to have the best side for the first time this season.

Recruit Wendy Stafford will take to the court in the attack circle with Suzi Barter returning to the Reserves.

While Southam is confident of a win, she does not expect a repeat of the first round 62-19 result.

“It is long season and we take each week as it comes,” she said.

“We go out to do our best in every game but it is those at the end of the season that really matter.

“It will be good to have everyone on court together.”

Barter’s return to the Reserves will be positive for the team as it plays Federal Club Eastside from 3pm.

Rovers has called on A-Grade members of its squad for numbers in the early rounds but Southam is unlikely to risk injury to players with this game immediately before the A-Grade fixture.

With Federal fielding its full side, including three players with national league experience – Tahlia Lee, Katelyn Paterson and Dana Schembri – it will be too strong.

There is no gate charge to enter the Pat Gallagher Netball Centre.