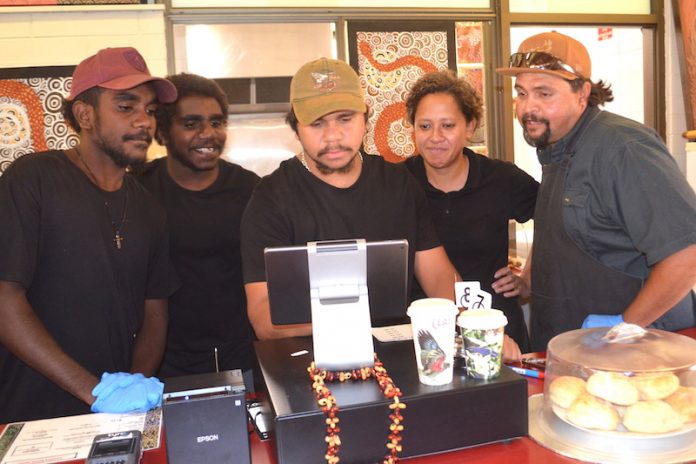 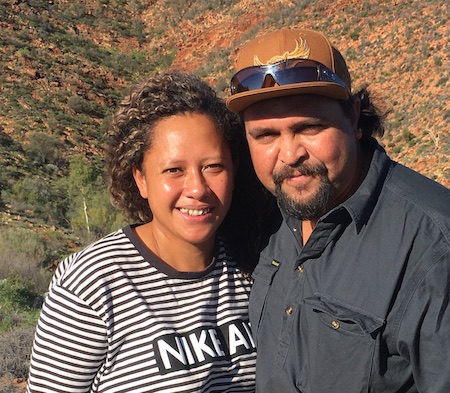 Bobby Abbott and partner Mary Tupou (pictured) have gone from fencing contracting to running the kiosk at Ormiston Gorge and are now leaping into the big time: developing 116 hectares in a magnificent valley in the West MacDonnells.

It will be a tourism resort ranging from a tent village (below) to a hotel that will have the best views in Australia – the Tjoritja ranges stretching across the north with Mount Sonder at their western end.

What’s more, the objective is not to make a fortune but to provide a future for the young people in their extended family, in a grassroots undertaking tackling what top-down governments spending billions have failed to achieve.

The Tjoritja Young Minds Leadership Initiative wants “to engage young Indigenous people before they find themselves at a loss about what to do after leaving school.

“A core reason for doing this is to reduce the likelihood that disengagement will lead this group of young people into trouble and as a result, long-term disadvantage,” says the project outline authored by three Arrernte elders and three academic experts in business and economy.*

In five of the 67 Australian regions examined by the ABS more than a quarter of all Aboriginal and Torres Strait Islander households suffer poverty-level incomes. Lingiari, taking up all of the NT except Darwin, is one of them. 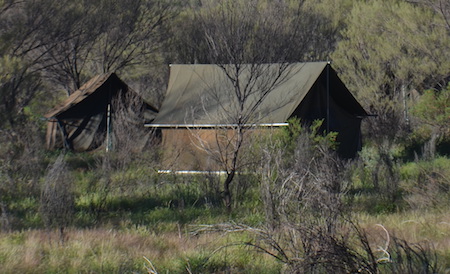 In all five regions the social security system fails to provide more than a miserly income for those who wished to pursue a traditional way of life by remaining on their ancestral country.

“In the remote communities many of the occupations available in Alice Springs are currently not, or will not, be available,” says the outline.

“However, one way to create a more diverse range of high skilled occupations would be to foster the development of Indigenous entrepreneurship which would lead to individuals establishing sustainable companies that, by definition, would create high skilled positions in these companies, initially occupied by the entrepreneur and then broadening out as individual enterprises grow.

“Wellbeing in remote Indigenous communities would be greatly improved if locally available labour were substituted for visiting labour and if local people were able to take advantage of commercial opportunities.

It sounds like a no brainer, but Mr Abbott says the government still pays $5000 to a contract plumber to fix a leaking pipe in a remote community.

No more of that, says Mr Abbott who had been championing community-based skills for 10 years.

What’s more, he says it is a template that can be used throughout the NT. He and his Tongan born partner – they met in Alice Springs at a party – have seen too many failed publicly financed projects.

Mr Abbott is the grandson of the legendary Barry Abbott, a life-long carer for young people, at times applying tough love, and the son of sometime political figure Leo Abbott.

Their project started with negotiations with their big Hermannsburg connected family and members of a land trust created under land rights. They agreed to transfer the freehold land. 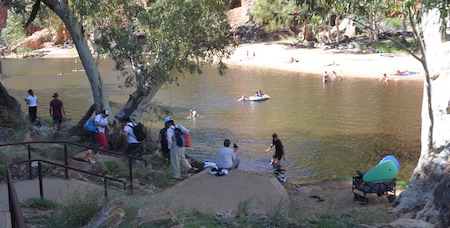 Ms Tupou and Mr Abbott say the employment of young people grew through the initiative of the employees: First with construction projects and later the young people offered to help at the Ormiston kiosk and decided to stay.

Unsurprisingly, their families were more than pleased. At times adults too have taken on part-time work.

Noel Raggett, 17, says he returned from Woodville Highschool in Adelaide to his home town Wallace Rockhole, on the Hermannsburg Road about 100 km from Alice Springs, a couple of years ago but found “nothing to do”.

Norman Raggett, 20, says finished Year 12 the Hermannsburg, got a job planting trees, but finds the job at the Ormiston kiosk more fun – especially swimming in the creek – plus Mary and Bobby are “good people”. 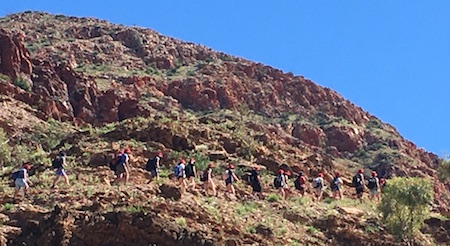 Travis Baliva, 18, finished year 12 at Saint Philips, took a short break, followed by the job at the kiosk  after which he will look for a full time job mining or start a small engine mechanic’s apprenticeship in Alice Springs.

All three said they would be part of the Tjoritja Young Minds Leadership Initiative.

Ms Tupou and Mr Abbott, during their fencing and other contract work usually employed family members. They see work as an antidote to trouble, including the daily chaos currently inflicted upon Alice Springs.

The range of work waiting to be performed in the Tjoritja Young Minds project is extensive: Landscaping and nursery; ranger type activities; immersion programs with school groups from interstate and overseas; tourism and hospitality, including catering and cooking; arts, crafts and gallery space; literacy and numeracy.

Each activity will consist of set routines with participants “living in” for their programs of three to six months. 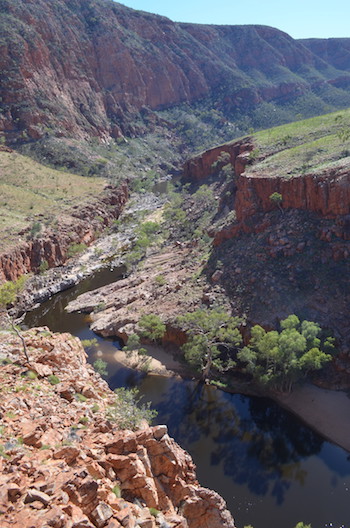 This is a final sentence of the outline: “Not to do these things will mean nothing will happen and nothing changes.”

PHOTOS: Top (from left) Norman Raggett, Noel Raggett, Travis Baliva, Bobby Abbott and partner Mary Tupou • Below: Mt Sonder • Bobby Abbott and partner Mary Tupou, had their kiosk closed all last year because of Covid-19 • images from this long weekend as Ormiston is booming with bright autumn weather and Australians – about half the current visitors – unable to travel overseas and holidaying at home. 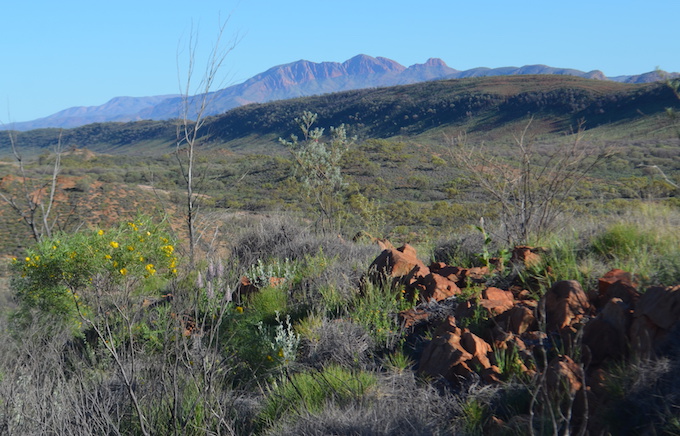