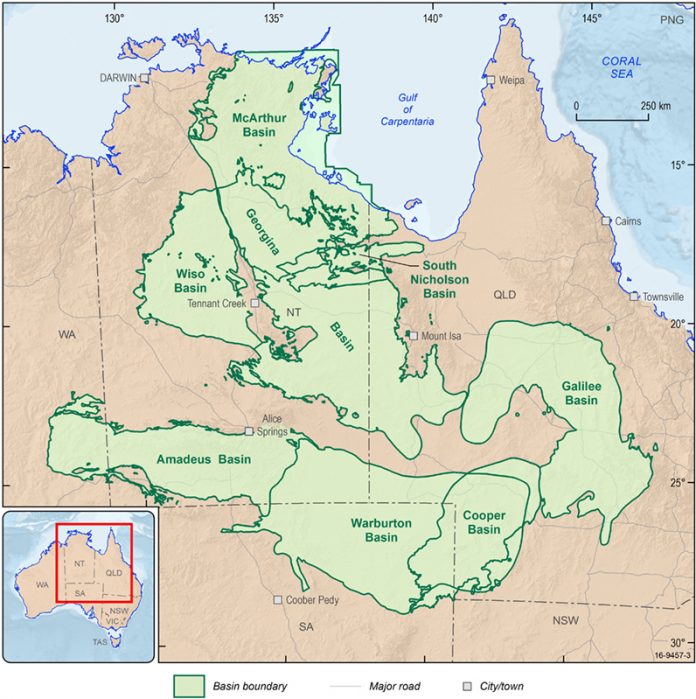 A paper published by the Institute for Energy Economics and Financial Analysis (IEEFA) has slammed the NT and Federal Governments for pinning the economic hopes of the Territory to a product that is unlikely to have a profitable future.

They are referring to gas.

As the News reported this week, the NT Government owned Power and Water Corporation has committed itself to paying 4000 million dollars in yet to be accessed gas in a take or pay arrangement through to 2034.

In a statement provided to the paper, Power and Water said there is nothing to worry about: “It should be noted that industry standard gas agreements generally include some form of take or pay arrangements, which are reflected on both gas purchase and gas sale agreements. This only becomes an issue when gas is unable to be sold, which is not the case with Power and Water.”

P&W does not confirm nor deny the amount of $4 billion which comes from an impeccable source.

However, the author of the IEEFA paper, Bruce Robertson, points out that there may not be much of a market for Australian gas going forward, neither on our shores or abroad.

He says that domestically, gas use has dropped by 12% in the past seven years and will continue to fall as renewables and batteries take centre stage.

Almost across board our major export markets such as Japan, South Korea, Europe the US and even China are all moving away from using gas.

“By focusing on a gas-fired recovery via the development of infrastructure and new gas resources in the Northern Territory, the Kimberley in Western Australia, and in Queensland, Australia is ignoring the behaviour change occurring with its customers, both domestic and international,” says Robertson.

Further, he argues that in the depressed market, Australian gas will have no chance of competing with Qatar who recently cut their price by 22% to entice buyers.

“Any commercial production out of the Beetaloo would most likely start in the second half of the decade subject to highly speculative drilling success. This will not provide stimulus coming out of the COVID-19 recession,” writes Mr Robertson.

Other projects across the Territory will undoubtedly take even longer.

So, perhaps Power and Water will be able to sell it at a discounted price in a market that is turning away from using it.

In Alice Springs, the Central Australian Frack Free Alliance (CAFFA) is worried about another project that could have huge environmental and financial effects.

The Amadeus to Moomba Pipeline would open up the opportunity for hydraulic drilling fracking in the Amadeus Basin, which comes awfully close to Alice Springs and stretches south west.

The pipeline would cut a straight line from just west of Alice Springs straight through the Simpson Desert to Moomba in South Australia.

CAFFA spokesperson Hannah Ekin (at right) says little is known about the pipeline: “If built it would become another route by which Beetaloo gas can get transported to the east coast.

“Whenever a large piece of infrastructure like that gets built it locks us in [to gas].”

A CAFFA media release says “Central Petroleum, Macquarie Group and Australian Gas and Infrastructure Group are looking for publicly subsidised funding from the Federal government to finance the A$1.2 billion project.”

The pipeline could open up extremely remote areas, previously essentially unreachable for mining, in the Simpson Desert for possible fracking.

Should the pipeline go in, Ms Ekin says there is a high risk that it will be used to justify not only conventional gas in the Amadeus Basin, but also fracking in the Pedirka Basin in the south east corner of the Territory where Tri-Star, a Texan based company with a history of Coal Seam Gas fracking in Queensland, has been accumulating exploration licenses.

Ms Ekin says that the opportunities for fracking opened up by the pipeline could put the unknown amounts of underground water at risk of contamination.

“In the Territory in general, there’s a real lack of baseline testing, I guess just because a lot of areas are remote and not densely populated.

“Compared to almost anywhere else in Australia we have less understanding of the ecology of this place, and that makes it really hard to assess the impacts of big projects.”

In light of the stygo fauna discovery linking underground water reserves in the Beetaloo Basin to water sources up to 260 kilometres away, Ms Ekin says that much more work needs to be done to understand the full risks of fracking there and other locations around the NT: “I think they really need to have a really clear understanding of what would happen if there was a contamination event and who would be affected.

“They need to be pausing everything and making sure that research gets done and what the results are before they continue they may find that there’s widespread connectivity in those aquifers all through the centre of the NT.”

In short, there is a strong case to again place a moratorium on fracking in the NT.

The true role of gas in the NT’s economic rebound from Covid-19 is hard to see.

PHOTO at top: There is growing evidence at water basis are likely to be connected, so damage by fracking in one basin may affect one or more others.