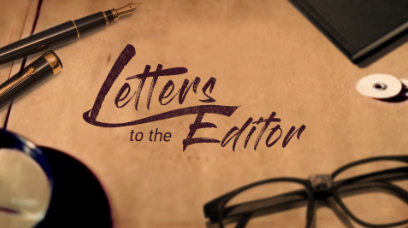 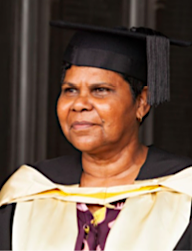 I sent the following open letter to Marion Scrymgour (at right).

A little over a year ago, while in your position as CEO of the Northern Land Council, you raised a few eyebrows when you suggested inviting Chinese interests to develop Aboriginal land in the Northern Territory.

This appeared to me at the time to be blatant intimidation tactics against a country that has provided more economic and health benefits for its Indigenous people than any other country and arguably has the best looked after Indigenous people on the planet.

There is of course very little recognition of this fact and no appreciation for it.

There is a tremendous level of concern in Australia now that China is using trade sanctions to punish this country.

In the NT of course we are now hearing calls for the Federal Government to rectify a huge mistake made by a Country Liberal administration in the Territory a few years ago, the long term lease of Port Darwin to China’s Landbridge Group.

You are now going to contest the seat of Lingiari in the next Federal election.

This electorate encompasses more than 99% of the land in the NT and nearly 60% of its constituents are non-Indigenous citizens.

I feel sure that many constituents of the Lingiari Electorate would be eager to know whether you are still keen on the idea of inviting Chinese interests in to develop Aboriginal land in the NT.

Considering the strained circumstances that presently exist between Australia and China now that China has shown it true colours, do you still believe that it would be wise to have China participating in the development of land controlled by the Territories four land councils?

The Gunner Labor Government has been caught out fudging figures, after the Auditor-General compared projected job creation from major projects in the Territory against actual jobs created.

The Auditor-General probed a list of 10 significant projects and found the number of jobs actually created was either a fraction of what was projected, couldn’t be calculated due to inconsistent and inadequate performance management systems, or found no evidence the predicted job creation could be delivered.

The audit found there wasn’t sufficient evidence to support the creation of 100 construction jobs during the development of the $400m ship lift, and identified limitations in the ability to accurately predict 359 ongoing full time employment (FTE) jobs could be created.

The report also found that despite claiming 575 jobs would be supported during the construction of the $25m Alice Springs hospital accommodation, which was estimated to directly employ 110 people and indirectly employee 465 FTEs, just 154 actual jobs were reported.

These figures give Territorians no confidence that this Gunner Labor Government can deliver any action on jobs and growth.

We haven’t had a single major project delivered in the NT in the four and a half years of the Gunner Government, and it appears when those projects are finally complete the number of actual jobs created is a far cry from what was promised by this Chief Minister and his Labor team.

Lia Finocchiaro, Leader of the Opposition

The News is offering Mr Gunner the right of reply.

CONTRACTS AWARDED ON THE COLOUR OF THE SKIN

I had a call today from an NT Government contractor from Tennant Creek.

They advised me that they currently hold two remote NT Government contracts. Last Thursday they received an email advising that one of the two contracts, which still has two and a half years until it is due for renewal, will come to an abrupt end on June 30.

As of July 1 that same contract will be handed over to an Aboriginal Business Enterprise.

They are still waiting on the Remote Housing Repairs & Maintenance contract email as they haven’t received that bad news yet, formally.

I know I have bashed everyone’s ear about why this can only be seen as blatant disregard to NT based businesses but also a total disregard to the NT economy by simply awarding contracts to ABE’s based wholly on skin colour.

I will not let this go. I want no part of the Northern Territory if this is what our Government sees as good policy.

The Central Australian Youth Justice (CAYJ) network is extremely disappointed by the measures announced today by the Northern Territory Government targeting youth offending, which it says will hurt children and fail to achieve their purported goal of reducing crime.

Overnight, the Northern Territory Government has thrown out key planks of an effective youth justice system. All the evidence tells us that the best way to prevent offending is to have a strong system of community-based supports.

To reduce crime, we need to look at the root causes. This means addressing young people’s health needs, supporting families, affirming culture and helping young people to reengage with education or a pathway to a job.

The regressive bail laws and tightening of access to diversion will, by the government’s own admission, see more kids locked up, rather than getting quality support in community that will help them exit the system.

The proposed measures are not only ineffective, they are expensive.

It costs the Northern Territory taxpayer eight times as much to hold a child in detention for a day as it does to support them on community based orders. Millions have also previously been spent on electronic monitoring of offenders – a strategy that is stigmatising, while showing little evidence that it reduces offending or provides a safe and suitable alternative to incarceration.

Rather than funnelling millions into new remand facilities, electronic monitoring and other punitive measures, CAYJ urges the government to direct this to evidence-based, Aboriginal-led, community-based programs that break the cycle of offending.

To lay the blame for any local increases in crime at the feet of bail reform is an affront to the community’s intelligence. Police Commissioner Jamie Chalker himself noted last month, if increased crime in Alice Springs were attributed to last year’s changes to youth bail laws, we would be seeing a similar trend across the whole of the Northern Territory. This is not the case.

The Northern Territory Government has made significant steps forward since the Royal Commission, including investing in place-based diversion programs, supported bail accommodation, and restorative justice responses for victims and offenders.

Increased support for and utilisation of these kinds of programs will be far more effective than the punitive responses announced today.

We know from experience around the world that communities who come together can turn the tide on social disadvantage and crime.

CAYJ urges all levels of government, the sector, police, business and community to put politicking aside, and come together to focus on the solutions that will create a safe and harmonious community for the long term.