Helping kids in the street with all the negative stuff 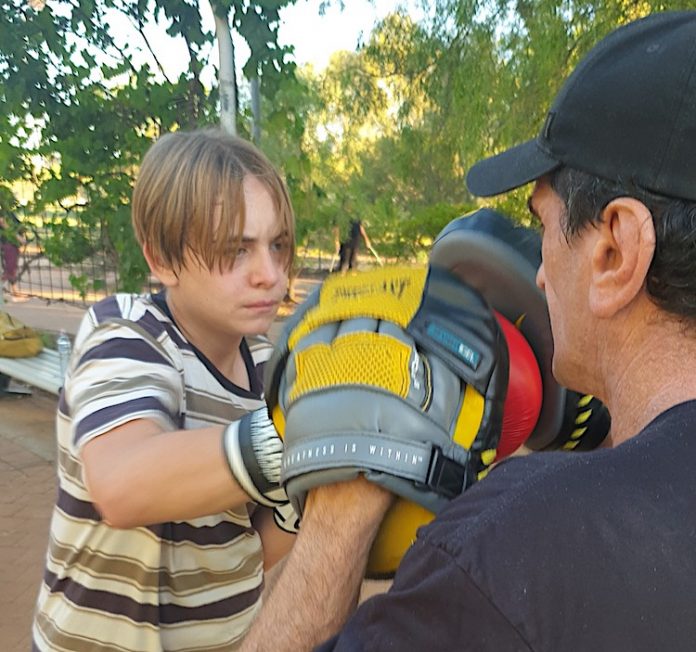 “There’s a spirit here that I still can’t put my hand on to figure out what it is,” says Jason Lord of the community that has grown to form the Arrernte Community Boxing Academy (ACBA), of which he is the driving force.

Down Kennet Drive in an industrial space marked only by an A-frame sign, a crowd ranging in age, gender, race, size, and fitness level is gathered, sweat dripping off their noses in the end-of-day-light, a cool breeze their only saviour from the hot tarmac.

“There’s more to this place than the fitness or boxing element.” 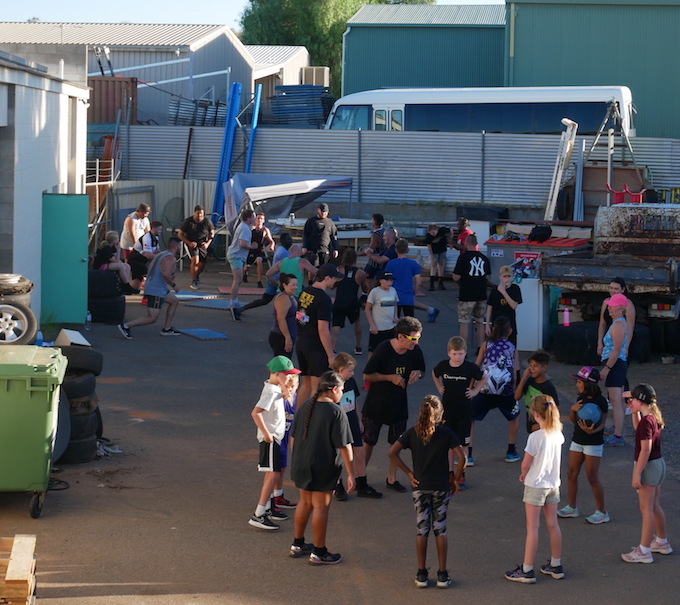 The academy has been working out of this space — a cinder block building slightly renovated to fit the purpose of a boxing club, and the adjacent driveway — for just over a year. Before that, “they were in the streets,” and parks of Alice Springs, wherever they could find a place to work out.

While there are plans for another move in the future, for now the space is “perfect for us,” says Jason.

“It’s the main office — where all the work happens.

“It’s a very functional place,” but he admits “it kind of doesn’t have the look.”

But it does have a look of its own. That of a community activity that is not marred by politics or finances. A rare case of a pure want to do good translating to something that works.

The ABCA puts on training five days a week for five dollars a pop, plus Sunday sparring sessions for the more serious fighters.

The weekday sessions are dynamic, and differ on who walks through the gate. There are children, and adults, larger people trying to lose weight and Territory champions, all training together. 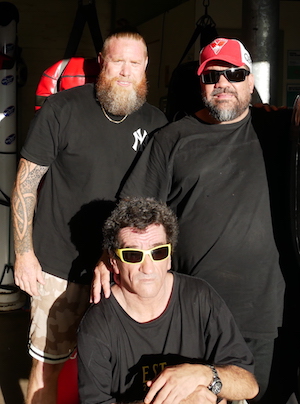 Dennis says that it’s the mentality of boxing that drives discipline in people’s lives outside of the ring.

“The most basic way I can put it is life is a fight everyday.

“At the end of the day, if you push through the hard things in life, you’ll get a good result at the end of it.

“If you’re able to come out of your comfort zone, and feel comfortable to do that, then you’ll be able to deliver something that someone can comprehend and understand why it’s so important to make those little basic choices in life.”

Jason, who is a former Australian Champion, says that boxing played a role in turning his own youth off a wayward track.

“They saw something in me that maybe I couldn’t,” he says of  his mentors, coaches Les Smith and Ray Kells.

Jason says that a lot of the young men that come to train have “been through the system” and spent time in courts and in trouble with the law, but that many of them are “back on the straight and narrow or back with families.

“It’s a good caring place. That’s kind of the main concept of what we do. You know boxing is a big discipline, and that gets a lot of guys on track and focused.”

Jason doesn’t have a spiel for what the ACBA is just yet, but making a change in the community is certainly a big part of it.

“It shifts, because it’s such a living program, it kind of just continues to do what it does. I can tell you right now, boxing isn’t the primary thing that we do down here here right now.”

“We really want to get out there and help the kids on the street and work with the community on all that negative stuff in the community at the moment.

“We would like to find a place in the community where we fit in regards to that and how we can get involved and help shake some things up to.”

AT TOP: 13-year-old Thomas Stone getting some work in at the Academy.