The NT has the weakest COVID restrictions in Australia and its most vulnerable population “at the very time when risk has escalated with the potential spread of the more-contagious UK variant,” according to Associate Professor John Boffa (pictured) of the Aboriginal Medical Services Alliance.

He says the NT Chief Health Officer, who “has placed our population at unnecessary risk,” should immediately re-declare greater Sydney as a hotspot.

“The NT has done very well up to now in the pandemic but given recent decisions by our Chief Health Officer it is only a matter of time before we get an unexpected case in the community.

“The decision to revoke the hotspot status of greater Sydney on 12 January, the day after a mystery case was declared in Sydney’s western suburbs, is not consistent with reasonable public health practice.

“It is also not a decision that any other jurisdiction apart from the ACT has made. All Australian states still classify greater Sydney as a hotspot or red zone,” says Dr Boffa in a statement.

“Most public health experts recommend waiting two cycles or 28 days after a mystery case before declaring an area safe and yet we have done this on the very day new mystery cases were declared.

“It is not possible at this stage to pick a few suburbs and be confident that the rest of Sydney is safe. 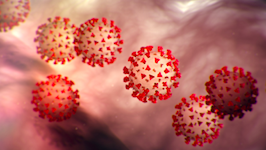 “We have the most vulnerable population in Australia and should not be trying to push the boundaries in the level of risk we are prepared to tolerate.

“The NT is not as ready as other jurisdictions to cope with an unexpected case as we are not wearing masks in enclosed high-risk locations, we do not have density limits in venues, we are not testing sewage, our capacity to increase testing is limited and routine tests take often three or more days to come back, and we are the only jurisdiction that allows people from hotspots to fly here and go into quarantine – we do not operate a hard border.”

Hotel quarantine in Darwin’s CBD is the “weakest link” in in COVID measures and should be stopped immediately, says Deputy Leader of the Opposition, Gerard Maley, in a statement.

“Howard Springs has been identified to accept the bulk of repatriated Australians, and is much more secure than alternative quarantine accommodation,” he says.

“Why are exemptions being granted to ADF personnel?

“The Gunner Government received an additional funding boost from the Feds to ensure Howards Springs is adequately resourced.

“The fact that two people have now tested positive for COVI–19 while in hotel quarantine should be sounding alarms bells.”