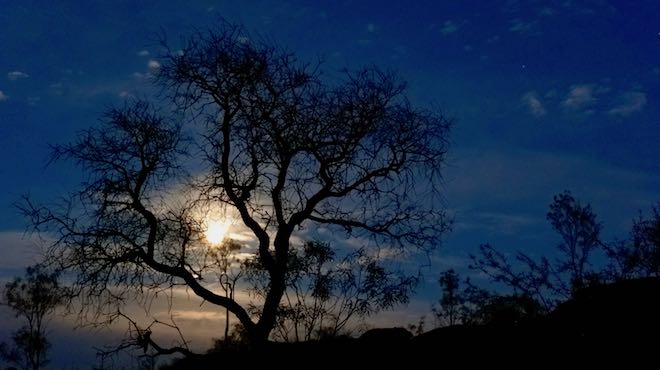 In 2020 Alice Springs experienced its hottest ever November and its coolest December in 20 years.

These measures form part of the annual climate picture, released by the Bureau of Meteorology today.

Nationally 2020 was fourth-warmest year on record, while in the Northern Territory it was fifth warmest.

The NT’s maximum, minimum and mean temperatures were all above average – the fifth-, second- and fifth-warmest respectively, since records commenced in 1910.

Rainfall for the year across the Territory was marginally below the long-term average, with only four months recording above average totals during the year.

In Alice Springs (with measurements recorded at the airport) total annual rainfall for Alice Springs Airport was 245.0 mm, which is 87% of the long-term average of 282.3 mm.

The annual mean daily maximum temperature for Alice Springs Airport was 30.2 °C, which is 1.3 °C above the long-term average of 28.9 °C.

The annual mean daily minimum temperature for Alice Springs Airport was 14.2 °C, which is 1.0 °C above the long-term average of 13.2 °C.

There were 16 sub-zero nights, slightly up on the long-term average of 13.

Nationally, both mean annual maximum and minimum temperatures were above average for all States and the NT.

Warmth was persistent throughout the year, with 6 of 12 months placing in the ten warmest on record for each of mean, maximum, and minimum temperatures for their respective months.

The early part of the year will always be remembered for the extreme heat and widespread bushfires in eastern Australia .

The year commenced with much of Australia affected by drought but nationally-averaged rainfall was 4% above average for the year at 483.4 mm.

La Niña was declared in September, reaching moderate strength by the end of the year.

Image: A twilight in April 2020 in the hills on the east side of town. Photo by Fiona Walsh.

By JULIUS DENNIS Educational tour operators say that there are not enough places to stay the night in Alice Springs to meet the “huge influx”...
Read more
Issue 2

By KIERAN FINNANE As of Friday, 22 January 2021, Australia will be on the wrong side of international law. This is the day the Treaty...
Read more
Issue 2

COMMENT by JULIUS DENNIS When you move to a new area one of the first things you do is join the local community Facebook group....
Read more