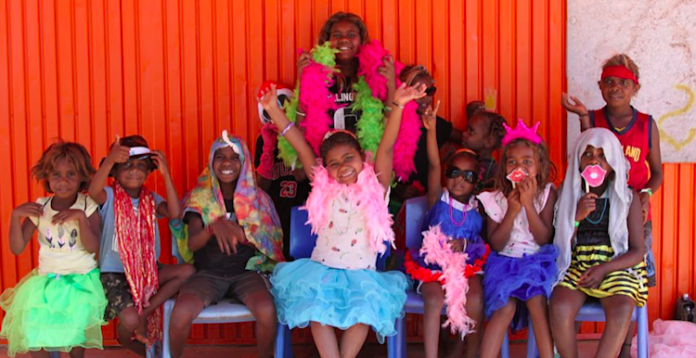 A kid learning quickly to read and write on a remote community is not considered smart, except perhaps by the school teachers. The smart kid is the one who has learned to speak all the languages of his relatives at a young age.

But there was a time when literacy had value and many people learned to read and write.

Back in the era when Aboriginal lives were supervised, travel required a superintendent’s permission and individuals did not own cars, families could only keep in touch by letters. Reading and writing had a purpose and was highly valued.

Some adults also learned to read the scriptures, taught by local pastors. A knowledge of the new religion was high status in welfare communities like Papunya where newcomers from the bush were looked down on as myall.

But what drives literacy now on remote Aboriginal communities?

Despite the increasingly desperate Education Department initiatives there isn’t much at all.

The demise of remote Aboriginal literacy reflects the lack of its perceived usefulness. This has contributed to a profound disengagement between Aboriginal youngsters and most of their schools. Attendance rates in very remote community schools and Yirara College are very low. The very remote Aboriginal school attendance dropped from 19% to just 14% in 2019.

Non engagement by students has become normalised and teaching Aboriginal teenagers often reduced to a performance to a disengaged audience.  For example, Yirara teacher evaluation doesn’t include outcomes like student achievement or retention. A good teacher is one that ticks boxes like introduces the lesson, irrespective of student engagement.

A few years ago, the NT Education Department decided that the low outcomes were caused by teachers setting low standards. They mandated raising standards and expectations. 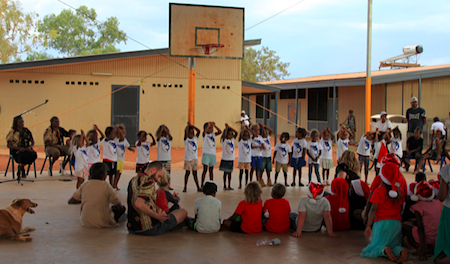 But out of the ashes of conventional schooling, an unlikely driver of Aboriginal literacy has emerged. Remote community members have taken to Facebook and other new communication technologies with astonishing enthusiasm.

But once the idea of cultural destruction wrought by new technology is pushed aside it is obvious why. In a society where family has supreme value, the technologies connect extended family members; they strengthen family and group identity.

They are a means to instantly support relatives, in some cases threatening suicide, and to reinforce relatedness. All communication is by reference to the relationship rather than name.

English is used on Facebook but Aboriginal languages have been given a huge boost because families and groups like the privacy and sense of shared identity by using their own languages.

Far from being swamped, Aboriginal languages have experienced a resurgence.

Just as the older generation needed to be literate to keep in contact with relatives the new generation are embracing new tech for the same reason. They are becoming fluent in reading and writing in the emerging literacies.

There is an opportunity here for schools to ride this wave of purposeful literacy through bilingual programs.

The NT bilingual programs have long been poorly supported and in decline. They focus  on a single Aboriginal language as a bridge to English literacy, but the communication need is now quite different.

Bilingual programs need to meet the needs of students to communicate with a range of different language group speakers.

Could the smart kids on communities become the ones learning to read and write at school? It’s a tantalising possibility.