Home Issue 50 Imparja, CAAMA: One a relay station, the other broke
Issue 50Volume 25

Imparja, CAAMA: One a relay station, the other broke 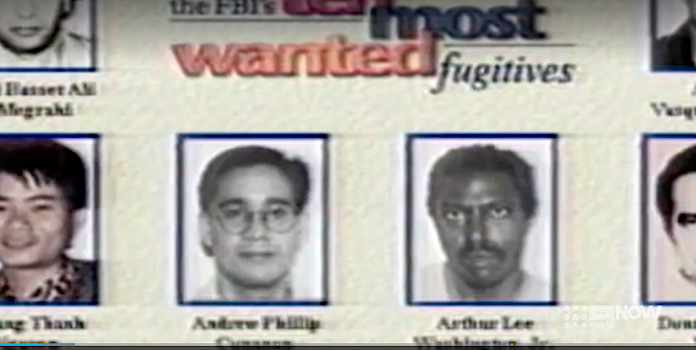 Local television started in Alice Springs with a noble agenda: made-in-Alice news, current affairs and entertainment as well as Aboriginal cultural programming would be towering over the inevitable influx of imported material, not measured in airtime but as what would make the first Aboriginal TV station very special.

Now, 35 years later, Imparja is little more than a relay for a major network, and its parent, the Central Australian Media Association (CAAMA), is running a hapless fire sale to pay its chronic debts.

In the early ’80s Freda Glynn told the Broadcasting Tribunal, in a nutshell, that foreign trash should be kept out of the pristine lands of ancient Aboriginal tradition which should get a boost from a new story telling medium in a region where stories are currency. 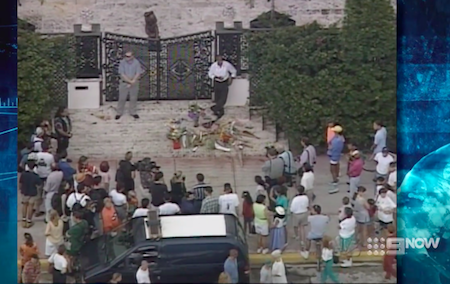 The fiery spokeswoman for CAAMA argued that the licence for the Central Zone must not go to Darwin-based NTD8, then recently acquired by Australia’s richest man Kerry Packer and linked to national networks, currently Nine.

The three tribunal members clearly felt obliged to do their bit for the Indigenous cause: They recommended Canberra to award the licence to Imparja, an offshoot of CAAMA.

The original objectives have been turned precisely on their head.

There is now practically no material (except commercials) being produced by Imparja.

The news program comes from Darwin.

And even most of the transmission is not from Alice Springs.

Imparja is in essence a relay station for the Nine network with its foreign trash despatched into the pristine lands on a daily basis.

No sooner had Imparja been given birth that it was straight-jacketed into a bureaucratic and political Regional Equalisation Scheme which then Minister, Steven Conroy, interpreted to be that no matter where you were in Australia you should have access to the same free to air broadcast options.

“Within three years we had to shut down the local news service as we could no longer afford to produce it.

“We also had to move all of our playout from Alice Springs to NSW as the rate of change and life of transmission equipment was such that we could not afford to keep pace with the rapid technology change.

“We also lost our ability to offer careers to Indigenous applicants who wished to enter the television medium.”

“We have no options other than to use a managed service playout centre, MediaHub, and this is what all of industry are doing. NPC 9’s playout centre does all of 9 Network plus all of SCB,” says Mr Feehan.

This writer sat in on some of the tribunal hearings, in the function room of the Melanka hostel, from memory, where a gutsy pioneering atmosphere competed with Aboriginal activism.

Tribunal members David Jones (chairman), members Julie James-Bailey and Russel Perry were not to know how firmly, over the years, the wool was going to be pulled over their eyes by race politics, manipulation and government ineptitude.

Yet in the beginning there was no doubt about enthusiasm for local television as well as its dangers – lest it fall into the wrong hands. Concerns were being forcefully articulated in the mid-80s when Imparja was getting ready to throw the switch.

Lydia Buchtmann in her Masters thesis Digital Songlines (University of Canberra, 2000) quotes Ms Glynn: “’TV is like an invasion. We have had grog, guns and disease, but we have been really fortunate that people outside the major communities have had no communication like radio and TV.

“Language and culture has been protected by neglect. Now they are not going to be. They need protection because TV will be going into those communities 24 hours a day in a foreign language – English.

“It only takes a few months and the kids start changing …”

These years later, how many car thefts, racing and torchings by kids in their early teens are inspired by what they see on TV?

Michael Meadows, Griffith University, and Helen Molnar of MC Media & Associates describe what had been the effect of the box on Indigenous people of Canada in what they oddly called Bridging the Gaps.

As in Canada [12 years earlier] “the imposition of a system of satellite broadcasting in Australia became another example of technologist-led decision-making with little consideration of its possible social impacts on Indigenous people,” they write.

“The perception that television threatened language and cultural maintenance more so than other alien technologies was—and remains—persistent.

“Her fears closely parallel those of the former president of the Inuit Broadcasting Corporation, Rosemarie Kuptana, who some years earlier, described the possible effect of mainstream television on the Native people of northern Canada as like a neutron bomb: ‘This is the bomb that kills the people but leaves the buildings standing.’

“Satellite television began to creep into the lives of remote Indigenous communities from 1987 accompanied by concern that western values bombarding them would place further threats on the precarious state of many of Australia’s surviving Indigenous languages,” write Meadows and Molnar.

“By the early 1990s, just 20 of the 250 languages spoken here at the time of British invasion were being actively transmitted to and being used by children.”

These are considerations upon which Indigenous TV and Radio were founded but soon got gobbled up by a bureaucracy ignorant of outback reality.

The initial service extended from Bathurst Island in the north to Kangaroo Island in the south and included extensive areas of New South Wales and Victoria.

Both Nganampa and Yamba were produced with the aid of government grants, but the grants were discontinued around 2013, says Mr Feehan.

They tended to be raw and boring, but in skilled hands, given their exceptional content, could have been at the forefront of the world’s ethnographic film-making.

None of the programs has survived while advertising money migrated to social media circling the world from California, and the governments forced networks to add services (Go and Gem in the case of Imparja) rather than rationalising dwindling income.

Perhaps the main question Mr Conroy and others of his ilk ought to be asked is: How can a TV service be financed, managed and equipped along the lines of a metropolitan station when the viewership is only a tiny fraction?

And how come there is no advantage gained from technology, when a $1000 iPhone can now produce an image almost as good as a $100,000 Betacam, and when a story can be fed by a reporter to the newsroom by email at no charge instead of paying $1000 an hour for a fibre optic link?

Funding for the Indigenous media sector stabilised at $11-12m during the 1990s despite no clear guidelines for allocation of this money to grass roots media associations.

With the exception of money for Imparja TV, the funds were largely used to support the development of Indigenous community radio and the Broadcasting for Remote Aborigines Scheme (BRACS).

Mr Feehan calls this a common myth: “Imparja did not, and currently does not receive funding for Imparja for Indigenous programming for its own purpose.

For Imparja the impact of the industry’s current economic situation was intensified  by CAAMA’s chronic financial troubles.

Now CAAMA has gifted its shares in Imparja equally to the remaining Imparja shareholders (the Imparja constitution specifies that a shareholder cannot receive any financial or other benefit from ownership, which allows Imparja’s continued Not For Profit status).

CAAMA was put into Special Administration in January 2020. This has just been extended to February 26, 2021.

Financial reporting has been granted an extension to February 25, 2021.

CAAMA was asked for reasons to support its request for an extension. The answer cast light on the diabolical situation the organisation is in (as well as the town in general):

“The corporation has significant liabilities. The special administrators are seeking to sell commercial real property to be able to pay the outstanding debts and restore the corporation to solvency.

“The properties are located in Alice Springs and have been marketed for sale for over six months.

“Due to the economic impact caused by COVID-19, the commercial real estate market in Alice Springs has severely contracted.

“The sale campaign is continuing, but in light of the Christmas / New Year period, a sale of any property is unlikely over the next month.