Home Issue 46 Managing the politics of Pine Gap as a target: build a wall...
Issue 46Volume 25

Managing the politics of Pine Gap as a target: build a wall of silence 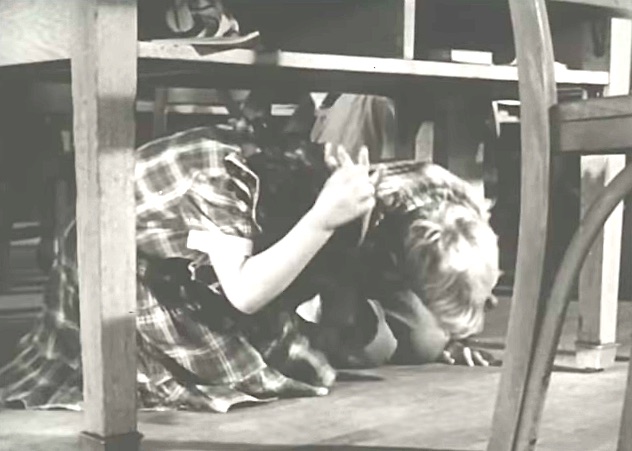 There are plans to protect civilian populations in the case of a military attack on Australian soil, but they’re “classified”.

This is as much as authorities would come up with on my second go-round on this issue.

There is a Security and Resilience Group within the Department of Home Affairs, so I put my enquiry to them.

Referring to their Australian Disaster Preparedness Framework, with its emphasis on community involvement, I asked: Do plans exist to prepare local populations for an external military attack? Do they include planning for a nuclear attack? If not, why not? If so, what do the plans entail? When and how will they be communicated to the public? Why are they not already known by the public? 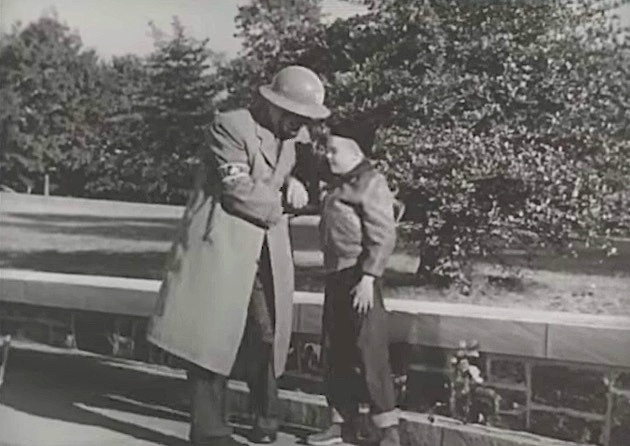 A few hours later I heard back from the Department of Defence – where I had originally started: “The Department of Home Affairs has referred your enquiry onto us as we are best placed to respond to your questions.”

They were working on a response and would get back to me.

They duly did the next day: “Defence has a broad range of contingency plans to defend Australia and its national interests. For reasons of operational security, we do not make these plans public.”

My question, of course, was not about military operations to defend Australian soil, but rather about what protective measures are in place for local civilian populations or will they be simply left to their own devices, to become “collateral damage”.

But wait, DoD went further: “Any questions you may have regarding the Australian Disaster Preparedness Framework are best answered by the Department of Home Affairs, while questions on state and territory disaster preparedness should be directed to the state or territory.”

Mmm, I’d tried that. It would be laughable if it weren’t so potentially serious.

When I expressed my frustration with this reply, I got a phone call. That’s when the word “classified” was used. 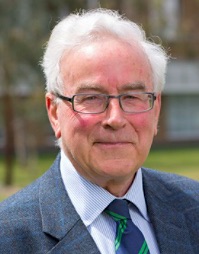 I’d set out on this fruitless quest because of the comments on the issue made by someone well placed to make them. With a long professional background in defence and defence intelligence, Paul Dibb is now Emeritus Professor at the ANU’s Strategic and Defence Studies Centre.

In 2018 he described as  “reprehensible” the Australian Government’s failure in the 1980s to provide civil defence measures for the local populations in areas hosting the so-called joint defence facilities, despite their being advised to do so.

I got in touch with Prof Dibb. While he prefaced his reply to my enquiry by saying that he is “not really up to date with modern civil defence practices”, he said he would be “very surprised if either the Commonwealth or the NT has given any thought to civil defence measures for Pine Gap or Alice Springs or, for that matter, Darwin or Tindal.”

Last week I quoted various analysts on the spectre of a future hot war between the US and China, with implications obviously for Australia. Prof Dibb’s special interest, however, is in Russia and he considers the threat from the US-Russia relationship is still live. At least it was just four years ago:

I last visited Moscow in 2016 with a small group of ANU strategic experts. In our formal discussions a retired Russian Colonel-General (one rank higher than our three Single Service Chiefs) observed that America and Russia are not discussing any strategic nuclear arms control agreements whatsoever – unlike in the Cold War.

Since then, the US has cancelled the INF Treaty which was the most effective nuclear disarmament agreement because it involved destroying over 2,000 intermediate nuclear weapons.

The Colonel-General said that, as a result of such tense relations, there was now a real danger of nuclear war. He then looked at me and announced ‘If nuclear war occurs you Australians will find that our ICBMs will fly in every direction, including at Pine Gap.’

I also spoke to the ANU’s John Blaxland, Professor of International Security & Intelligence Studies in the Strategic and Defence Studies Centre.

He downplayed, although did not dismiss, the threat of an attack on Australian soil. 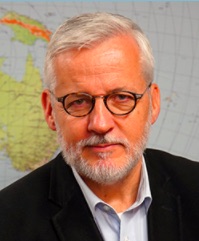 In the context of rising tensions with China, “what we are likely to face is a lot of things far short of that on the conflict spectrum … below the threshold that would trigger an American military response … There’s an appetite [in Beijing] for reclaiming Taiwan but not at the expense of a war with the US … There’s no rush, they’ve got arguably plenty of time to slowly get what they want without going nuclear.”

Without knowing it “for a fact”, his sense is that the “pundits involved in making risk assessments in Canberra and Darwin” take a similar view.

Mitigating that risk would be “very expensive”, so “rather than build hardened underground bunkers for Darwin and Alice Springs” it is just risk managed “politically”.

And to do that it seems the strategy is to keep the public in the dark by refusing to answer any questions about the pointy end of the military escalation we are witnessing in the NT, while endlessly talking up its boost to business and employment.

As I was writing this report, Chief Minister Michael Gunner, who now holds the portfolio of Strategic Defence Relations, put out a media release about the appointment of a new Northern Territory Defence and National Security Advocate, whose job is to “make sure NT businesses are well positioned to capitalise on the $270 billion defence equipment and capabilities spend over the next ten years.”

I put to Prof Blaxland that the government’s approach to political risk management is to build a wall of silence. There are “two sides to the coin”, he responds: 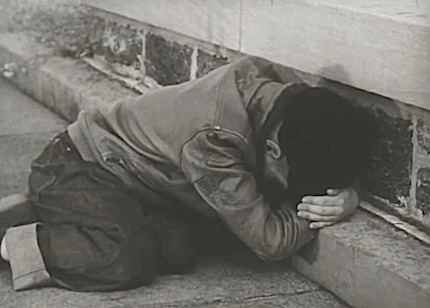 “Us hosting the joint facilities and the Marines bolsters American resolve to back us and provide security to Australia. Conversely it makes us a target.

“Successive governments, Labor and Conservatives, have effectively concluded that that bargain is a good deal.

“When briefed in on what Pine Gap does and how Australia benefits from it, they think OK, let’s leave that one alone … When people get briefed in, they have a bit of an aha moment, of wow, I didn’t realise it was that impressive.

“It acts as a bit of an insurance policy for Australia because it’s a capability that in extremis is really nice to have in our back pocket.

“On the other side, you risk manage it, you hope Donald Trump is not going to trigger World War III. He’s got two months to go, he hasn’t done so yet, we’re all hoping and praying everything stays calm.”

Prof Blaxland was laughing, as commentators often do when speaking of Mr Trump.

The late Professor Des Ball worked intensively on the risks to Australia represented by the joint facilities and the government’s responsibility to consider their amelioration, in 1984 with J. O. Langtry publishing Civil Defence and Australia’s Security in the Nuclear Age. 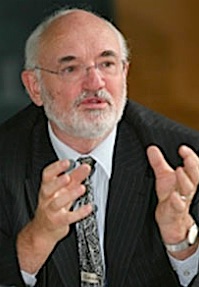 His colleague Richard Tanter, Professor in the School of Political and Social Studies at the University of Melbourne and senior researcher with the Nautilus Institute, doubts that there’s anything more recent published on the subject, apart from a report in 1985 by the Northern Territory branch of the Medical Association for the Prevention of War, authored by Peter Tait.

Titled, “What will happen to Alice if the Bomb goes off?”, it drew substantially on Ball’s work while adding “considerable local context” to assess “the medical and health consequences for the town”. (Substantial passages from Dr Tait’s report are quoted by Gilling in the extract linked to above; Prof Tanter reviewed the state of play in a 2013 article, “Possibilities and effects of a nuclear missile attack on Pine Gap”, on the Nautilus site here.)

Prof Tanter agrees that the government’s approach may be that hosting the joint facilities is a “calculated risk” but that should not mean that civil defence is “to be utterly ignored.

“The risk of an attack on Pine Gap is considerable in the event of a war involving global powers. So it’s perfectly reasonable for the government to be asked to detail [civil defence] plans.

“It’s hard to think of a valid security reason why such plans would not be public. They’re useless if they’re not public and constantly updated.”

He rates the likelihood of a nuclear attack on Pine Gap or Darwin as low – China could strike using a cruise missile instead but in any case is likely to have higher priority targets, such as Okinawa or Guam, which both also host US military facilities.

However, were such an event to occur, “there is no possible effective defence of the civilian population principally because the thermal wave [of the blast] would so devastate the environment. It would be totally uncontrollable, with wide-band bushfires of great energy and many different fire sources”.

The only effective protection would be “total precautionary evacuation” before the strike.

That’s obviously challenging for governments to think about but “if there’s no manageable civil defence response” then that’s an argument for not placing Australia “in a position to draw fire” in the first place, says Prof Tanter.

Neither of them replied.

2. Guest writer Scott Campbell-Smith canvassed the civil defence issues in detail as part of his 2001 series about Pine Gap, published in these pages.

Images at top: “Duck and cover” was the recommended protective action in the event of a nuclear explosion, promoted in America in the 1950s: Children practising getting under their desks at school • A boy caught outside during the blast, after ducking and covering, is helped to his feet by a civil defence worker. (Screen captures from the short film Duck and Cover by the Library of Congress Washington DC, 1951. You can watch here.) If there’s a more sophisticated plan today, authorities are not saying.