Home Issue 45 A centre where children at risk must stay until a responsible carer...
Issue 45Volume 25

A centre where children at risk must stay until a responsible carer is found: Lambley 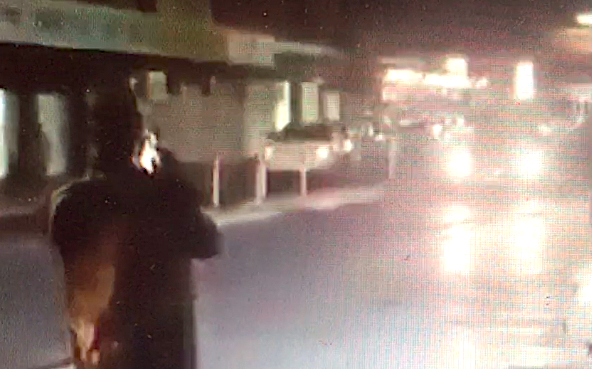 Sir – It is clear the Gunner Government does not have the political appetite to implement a youth curfew, despite considerable community support for at least trialling a curfew. Taking unsupervised children found on the street at night to a safe house, using a statutory child protection approach, seems like an incredibly caring and civilised thing to do. But apparently not for some.

75% of our crime in Alice Springs at the moment is being committed by juveniles.

The groups of children roaming the streets of Alice Springs at night remain unabated despite Police Strike Force Viper shaking things up over the past four weeks.  Viper has temporarily removed or deterred some of the young culprits causing us grief, but the majority of the kids are still on the streets at night: idle, hungry, lost and clearly still getting up to mischief.

If the government really is committed to addressing the problem of escalating youth crime in Alice Springs, then a bold, new approach is required. Obviously what we have in place at the moment is not working that well.

If not a youth curfew to get the kids of the streets at night, for their safety and the safety of the whole community, then the government must consider providing a 24 hour youth centre where children can be safe. The concept of a 24 hour Youth Centre has been talked about by a lot of people for a lot of years.

In 2018 former Town Councillor Steve Brown headed a community movement to use the old Memorial Club for this purpose.

More recently the Chamber of Commerce convened a group of leaders and stakeholders, known as the Central Australia Regional Group of Organisations or CARGO, to drive key projects.

The key recommendation of a CARGO report from July 2020 was to establish a “24 hour purpose built hub” for youth in Alice Springs. The model they recommend would provide not only a safe place for kids but a central connection and coordination point for youth services, something that is apparently lacking at the moment.

The support for this 24 hour youth centre model to address youth problems in Alice Springs is now significant, with Government and non-Government agencies, Aboriginal and non-Aboriginal groups and leaders coming together with one strong voice.

The only voice missing is that of the Gunner Government’s.

Being around politics for many years in Alice Springs, I now understand that ideas can take many years to seed and germinate; to get traction and widespread support; and to come to fruition. The same idea might have been a good idea five to 10 years ago, but for a variety of reasons it failed to take off or did not capture the attention and support of the right people, at that time.

I believe the time is right for the Gunner Government to take on board the recommendations of CARGO and the demands of the average citizens of Alice Springs, for a 24 hour youth centre in Alice Springs. It would not have to be purpose built.

An existing facility could be used for this purpose, at minimal cost to Government. Children coming into such a centre cannot be legally detained or held against their will.

But my view is that children coming into the Youth Centre past a certain hour (perhaps 10 or 11pm) must be required to stay until a responsible parent or carer can be found, or they must stay until day break.

If the children choose to leave past a certain time, they cannot be allowed to return. The rules of this centre must be designed to keep the children safe and the community safe.

On October 22, 2020 I gave notice of a motion in the NT Legislative Assembly that the NT Government provide a “safe house” for children found on the streets of Alice Springs at night, consistent with the concept of a 24 hour youth centre. This motion will be debated on the next general business day of the Assembly.

I am optimistic the Gunner Government will support this motion.

PHOTO: A car driven by a child races towards a man filming on his mobile phone a tumultuous evening in the Alice Springs CBD.