Sweetcorn from your garden beats nutrient value from the supermarket 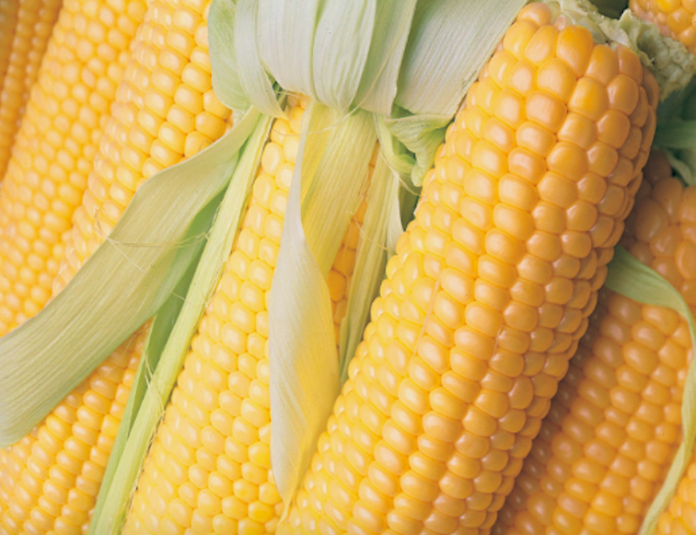 Growing sweetcorn is a no brainer: It’s easy to grow provided some simple rules are followed and the nutrient value of fresh corn is considerably higher than corn purchased from the supermarket.

As a warm season crop now is the right time to plant the first crop.

Corn is one of those crops that should be planted in small blocks every few weeks to ensure you have a continuous supply. There is not much value in having 50 corn ripe in the same week. There is only so much corn you can eat at any one time.

Corn is best planted in blocks. Single or even double rows may result in poor pollination. Blocks of corn will guarantee pollen from the male flowers or tussels at the top of the plant will fall on the female flowers or silks halfway up the stems.

A block of three or four rows each row being 50cm apart will guarantee good pollination.

Prior to planting blend into the soil an organic NPK fertiliser for best results. Corn seed will resent coming into direct contact with chemical fertiliser.

If chemical fertiliser is used ensure it is applied in furrows where each row is to be sown but deep enough not to immediately come into contact with germinating seed.

Prior to planting ensure the corn patch has been well watered as over watering is often a cause of poor seed germination. Having watered the bed well, plant seed and then lightly water the seed in and then refrain from watering for a few days. A light sprinkle may be required if hot weather occurs.

Permanently moist soil often results in the seed rotting. Having watered the seed in place a plank of timber over each row or cover the entire corn patch to limit over-watering particularly if there are other plants close by that need to be watered daily.

Covering the sweetcorn patch will also limit the potential of mice seeking out and digging up the seed and there is a bit of a mice plague occurring now in Alice Springs.

Planting sweetcorn seedlings are a safe alternative to planting with seed as the plants are already on the way. Seedlings are safer although it does work out to be considerably more expensive.

I still however prefer to direct seed sweet corn even if at the end of the day I have to thin out the crop.

Sweetcorn seed can be dusted with a fungicide to reduce the chances of the seed rotting due to overwatering, however this should not be necessary if the above instructions are followed.

Space seeds approximately 10 to 15cm apart as this will allow for some seed failure. If all seeds germinate thin seedlings out to 30 to 45cm apart.

Once seedlings have emerged and any necessary thinning has occurred you may choose to apply a side dressing of a nitrogen fertiliser although if a slow release organic NPK fertiliser has been used this side dressing may not be necessary.

As corn plants grow it maybe necessary to mould soil up around the base of the plants to provide some support as strong winds can cause plants to fall.

Lucerne hay or pea straw used as a mulch will reduce water loss through evaporation and priority should be given to ensuring the corn patch is kept weed free.

Climbing beans can be incorporated in the corn patch a five to six weeks after the planting of the corn. The corn plants provide an excellent climbing frame for the beans and the two plants are compatible.

When the tussles at the top of the plant open I like in the early to mid morning run my hand up over the tussels and ensure the displaced pollen is dropped onto the female flowers or silks below. This will ensure full cob development.

Aphids can be a problem although the major pest problem is caused by the corn earworm that sits immediately below the silks and slowly munches away at the corn as it matures. They are not visible being protected by the corn cob covering.

As the cob matures I will individually inspect a number of cobs by carefully part-peeling open the protective cover and this will reveal their presence. Alternatively I simply squeeze immediately below the silk tassel and above the corn cob, this usually results in the grubs’ demise.

Sweetcorn must be harvested at the right time. They are ready when the silks have turned brown and the cobs have moved to a 30 degree angle from the corn stalk. To be doubly sure, carefully peal open the husk and press your finger nail into the corn grain. If the grain is soft and exudes a creamy sap or juice the cob is ready to harvest.

Sweetcorn is best eaten freshly harvested. Once harvested quite quickly the sugars within the cobs turn to starch and the cobs over time will become tough and doughy.

Harvest the corn cobs, place immediately into boiling water and eat once cooked for the best flavours and to maximise on their nutrient value.

Sweetcorn planted out now will see you harvesting corn in the early new year. Remember also it is best to plant three to four crops of corn each crop being five weeks apart, this way you will have a vary continuous crop over several months.

Facebook
Twitter
Pinterest
WhatsApp
Previous articleArrernte ambassador for the art gallery – but which one?
Next articleTop-down Budget: Launch in Darwin, Alice gets it on social media