Home Issue 45 Arrernte ambassador for the art gallery – but which one?
Issue 45Volume 25

Arrernte ambassador for the art gallery – but which one? 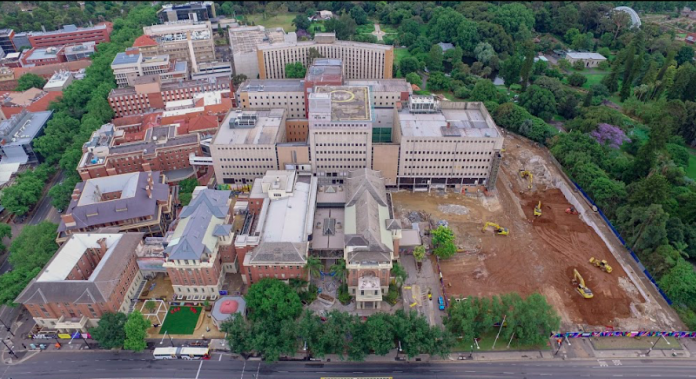 “A proud Eastern Aranda descendant” has been appointed as ambassador of the Aboriginal Art and Cultures Centre.

But wait: That’s the project being pushed ahead by the South Australian Government in Adelaide.

It’s not the one immobilised by the Northern Territory Government and Town Council in Alice Springs. 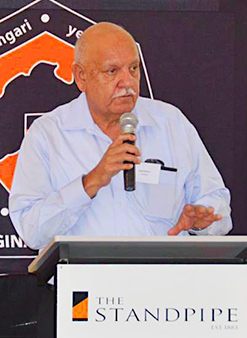 The appointee, David Rathman AM PSM (pictured), is a consultant on Aboriginal affairs, education, community development, cultural studies and communication, based in Pooraka, SA. He has a long history of championing Aboriginal issues.

Born and raised in Port Augusta, he also has family connections to the Kokatha, Arabunna and other Aboriginal nations in South Australia, according to the Council of Australasian Museum Directors.

He has a background in commercial broadcasting and “growing community capacity through people power,” he says.

“As an education and public administrator I worked for Aboriginal students and students who are on the margins of mainstream being an advocate and changing system thinking and practice,” according to biography notes published by the University of Adelaide.

The project’s $150m comes from the state and Canberra and is under construction at Lot Fourteen, part of the land for the old Royal Adelaide Hospital on North Terrace (pictured at top), next to the Botanic Gardens.

Meanwhile the Alice Springs project is mired in a process by which the government wants to compulsorily acquire Anzac Oval from the Town Council.

Councillor Eli Melky says the council, in its opposition, is guided by the lack of consent for the location for this “national” gallery from both Aboriginal custodians and non-Aboriginal locals.

Arts writer Jeremy Eccles writes in the Aboriginal Art Directory the Adelaide project will house the South Australian Museum’s “largely unseen riches which were collected right across the North from the earliest days of this colony, when SA itself stretched to the Arafura Sea”.

He quotes Dr John Carty as saying the new gallery will replace “leaky sheds where 95% of the collection is currently housed”.

Writes Mr Eccles: “I’m told that, in another museological development, the War Memorial has quietly accepted that it will have to acknowledge the frontier wars across Australia in time and that one of the late Mumu Mike Williams artworks on post bags claiming his Country for the Pitjantjatjara already hangs prominently.”

Adelaide’s InDaily quotes Mr Rathman as saying he is “not tied down” to Aboriginal people having full ownership of the gallery.

The SA Government is guided by a report it had commissioned from PricewaterhouseCoopers which included studies of “many proposed and planned developments across Australia for variant Aboriginal and Torres Strait Islander Cultural Centres.

“Upon investigation, the common reasons for these not progressing include: –

• Lack of political will and bipartisan support.