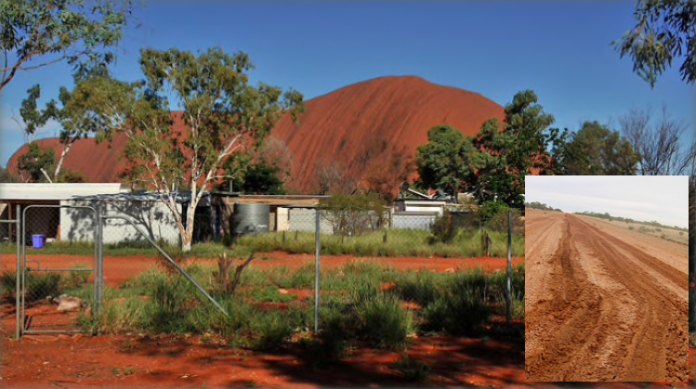 There is significant additional money in the Budget for roads across the NT but “nothing I can specifically identify for Central Australia,” says Labor Member for Lingiari Warren Snowdon (pictured).

He says he could not find any allocation for further sealing of the Outback Way which links Queensland and WA via Alice Springs.

(The Alice Springs News was also unable to find any Outback Way allocation.)

“There is some money for Uluru – Kata Tjuta for upgrading the cultural centre, walking tracks, a viewing platform, upgrading to shelters, water stations,” says Mr Snowdon, but he can’t identify at the moment the total allocated.

“There is around $60m for infrastructure upgrades at Mutitjulu.

“Apart from that there is nothing new in this Budget for Central Australia.

“There is $47m less for the NT general revenue and $89.9m less in GST revenue. That’s money the NT Government won’t have to spend in the Northern Territory.

(Surprisingly, NT Opposition Leader and Shadow Treasurer Lia Finocchiaro says in a media release that there is an increase of $222m in the Territory’s GST payments.)

“In terms of broader measures the incentive to take on jobseekers under 35 will have some impact in Central Australia, but of course the majority of them are living in remote communities where there are very few job opportunities.

“At the moment there is no Budget increase for Jobseeker beyond December which will mean they are going back to $40 a day.

“Businesses will be able to access tax concessions in the Budget and hopefully that will stimulate some activity in Central Australia.

“There is some money for tourism infrastructure as a COVID measure,” says Mr Snowdon.

“This Budget is raking up a trillion dollars worth of debt. Does it do enough for Central Australia? I don’t think so. I am very worried about the bush, no significant money for Aboriginal health, there is a small amount for Trachoma, eye and ear health – that’s it.”