Asparagus a perennial crop that will last for years 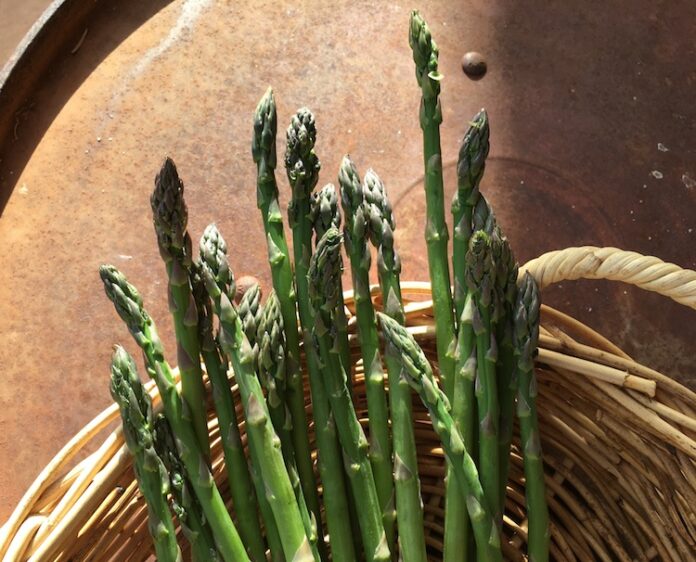 Asparagus is one of the most valuable perennials for the vegetable garden. It will reward you with fresh produce for years, are easy to grow and now is the time to plant asparagus crowns.

As the first spears of the new season commence appearing in established asparagus patches it’s a timely reminder that its time to plant asparagus crowns.

The secret to successfully growing asparagus is to prepare the soil thoroughly prior to planting.

Asparagus (Asparagus officinalis) is quite unique in the vegetable garden as it can produce year after year for 15 plus years when managed however it is not uncommon for it to grow for up to 30 years.

A high yielding plant that produces multiple spears during its peak growing season, asparagus is high in potassium, great for fibre and low in salt.

It is a terrific plant to grow and there is nothing nicer than being able to daily harvest spears and put them fresh on the table or blanch and freeze for later use.

Asparagus can be grown from seed or from crowns. Asparagus seed is easy to grow however it will be three to four years before you are able to harvest with free-abandonment.

You can often purchase asparagus seedlings when in season, they are a much cheaper alternative to purchasing asparagus crowns however you will be waiting some time before they are mature enough to produce a plentiful supply. Anxious to be eating fresh asparagus? Then spend a little more and buy crowns.

Asparagus crowns certainly produce much quicker results. The age of the crowns will dictate when you are able to harvest.

With two to four year old crowns you will harvest spears in the first year and by the second they will be in full production. With younger crowns it will be at least another year or two before good crops can be harvested.

Asparagus prefer well-drained sandy or loamy soils containing plenty of organic matter. They are hungry feeders and should be planted into a well-prepared bed, into sandy soils add large amounts of organic matter with well-rotted animal manure blended through the soil. 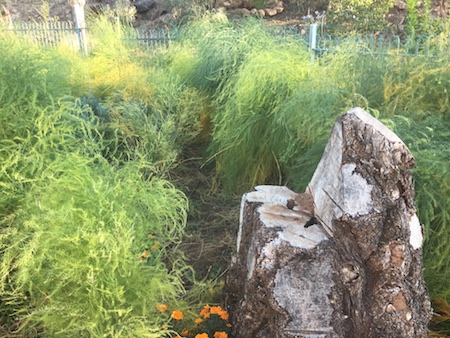 Asparagus can also be grown in heavy clay soils provided through the top 15-20cm an abundance of organic matter is blended in along with an organic fertiliser and plenty of gypsum often sold as Clay Breaker.

A mature asparagus patch that is capable of producing kilos per day twice a year.

Nematodes or eel worms hate asparagus so if you have a patch of ground in the vegetable garden where nematodes have been a problem in the past plant asparagus with safety.

Mound the soil mix placed in the trench as it is on this mound that you place the crown by fanning out the roots.

Then cover the crowns with a 5cm blend of organic matter, top soil and a blend of an organic fertiliser. Plant crowns approximately 40cm apart. Asparagus crowns should be planted in mid to late Winter before the crowns have shot.

If planting only a few crowns simply dig a hole 15cm deep, place a small mound of earth in the hole and place the plant on the mound so that the roots hang down without restriction and are evenly spread out in the hole

Remember asparagus crowns continue to multiply and can be lifted every four years, separated and replanted.

This will revitalise the plants and you are able to expand your patch building up your patch to 20 to 25 crowns or plants which will provide the average family with an ample supply of produce that can be eaten fresh or freeze for future use.

Green asparagus is cut from ground level beds when the spears are 15-20cm high and before the tips are open. Harvesting may need to be carried out daily or every two days. Spears left to grow longer can become a little woody.

If white spears are desired then you will need to mound up soil over the planting site to a depth of 25-30cm and as the spears first appear push a sharp knife through the soil cutting the spear 15cm below the ground.

Asparagus crowns when first planted should be allowed to develop for the first year before heavy cropping. For two to three year old crowns some harvesting can occur for a few weeks in the first season but remember that the longer you harvest you place increased stress on the plant in its first year.

The idea is to initially grow a healthy vigorous plant and for that to occur you need to allow the spears to develop into full maturity where fern-like foliage will develop. Allowing the foliage to develop will allow the plant to grow new crowns from which the spears emerge next season.

Harvesting can occur from whence spears first appear through August until even as late as early October. Then you allow the plants to fully grow and develop a foliage canopy as it is through this period the plants are able to recharge and build up strength in the crowns for next season’s crop.

With good management and a controlled fertilising regime two crops a year can be harvested still allowing the crowns to store up enough food for the next seasons crop. The second picking can occur some time leading up to Christmas for fresh asparagus for the festive season.

A side dressing of a high nitrogen fertiliser will result in many new spears emerging in a short period.

Asparagus is a great crop to grow, is very easy to manage, the simple secret is in the soil preparation prior to planting.