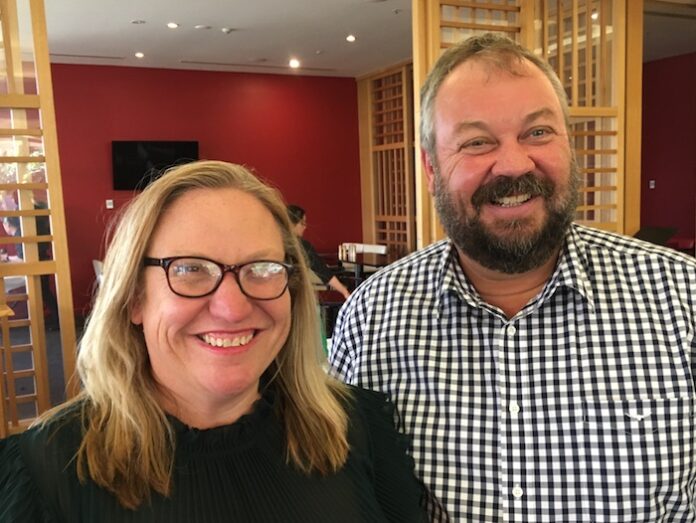 Stemming the outflow of skilled people, advocating measures against public disorder which keeps tourists and investors away, urging changes to the VET system and pushing for the development of the gas industry – it’s going to be a busy time for the new senior staff (pictured) of the Chamber of Commerce.

They are Nicole Walsh, with a background in managing major businesses in the Centre, as the Chief Operating Officer of the Alice Springs branch, and Darwin-based CEO Greg Ireland, former owner of a Territory company making security devices and systems including the proliferating CCTV trailers and installations around the NT.

IRELAND: Central Australia is facing more challenges than the Top End. Up there we have generally more volume – how many dollars are flowing through the economy and how far that’s going to spread around. COVID has impacted the NT less than other jurisdictions, but we’re coming off a pretty low base anyway. A lot of business was doing it pretty tough for the two or three years before, and this has only made things worse.

NEWS: Should we have benefitted commercially from the fact that we practically don’t have any COVID in the NT? Never really had? 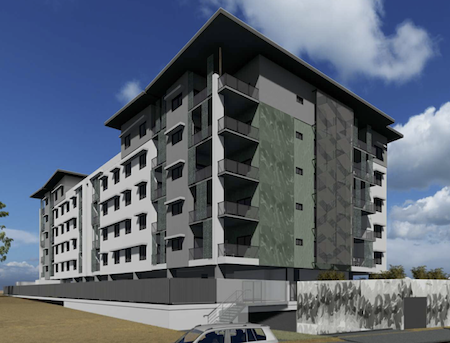 IRELAND: I think we missed an opportunity there. The Chamber was being quite vocal, when borders were completely shut, about the fact that there was opportunity to open borders to areas that had met the health guidelines. That didn’t happen. There are pros and cons but there was certainly an opportunity for visitation. Was there a risk? Absolutely. But you run a risk when you cross the road. Life is managed risk.

NEWS: In Alice Springs major investments are mostly in misery: A large Supreme Court building for crime and and now a six storey tower (above) with 71 units for staff looking after sick people. Where is the private entrepreneurial money flowing, for example, into five four-star wilderness lodges in the West MacDonnells and three in the East MacDonnells?

IRELAND: Crime and anti-social behaviour are major issues down this way, a major impact on business, and as much as the Chamber can we’ve been involved in the commentary and the advocacy to improve the situation.

NEWS: Other than commenting what does the Chamber do?

IRELAND: We look at investment opportunities. We firmly believe growth in the NT will come from private investment, where it can create a revenue stream and jobs for locals. Currently, international tourism is going to be down for a period of time but the local market and internal tourism will improve. Resorts in certain areas are a solid opportunity. The same applies to the Top End, around Litchfield and other places.

NEWS: Is the industry prepared?

IRELAND: We need to improve the condition of a lot of our existing offerings. That has happened here [Mr Ireland was speaking in the Lasseters Resort]. The Chamber is advocating to the Territory Reconstruction Commission that we need investment in infrastructure that will enable those investments, reliable, affordable power, improve access to these areas, all weather roads, communications. People want to go out bush and look at all these remote areas but they still want to have Facebook so they can send those images through. [The development flowing from that will] break the current cycle. That’s going to impact on the crime and anti-social behaviour we’re seeing.

NEWS: What private investment do you see in the next two or three years?

IRELAND: What we need is a lot of investment by local businesses into their people. Our skill sets have got to improve. We have lost a lot of skills. A lot of people have left the Territory and generally, they are the ones who can get employment elsewhere. And they take with them the skill base that is very difficult to replace. The other issue is educating our kids and creating opportunities for them. We see again a huge number disappearing and doing their education elsewhere. Quite often they don’t come back. It’s my belief that business can play a much bigger role in that, create relationships between industry and the education process.

NEWS: Is it happening?

IRELAND: We’re talking to the NT Government about how industry can be involved in the VET programs. We need to have capability or when opportunity comes we look silly. 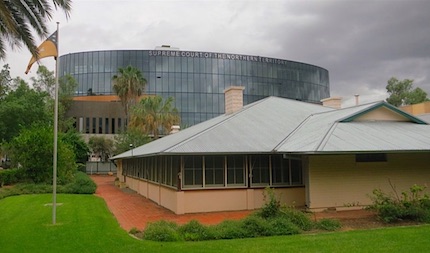 NEWS: What concrete opportunities do you see at present?

Supreme Court, with the historic Residency in the foreground.

IRELAND: Defence is an opportunity. That’s probably Top End focussed but it spills to The Centre. Defence have very, very strong skill sets in their requirements. [If we don’t match that] it creates opportunities for businesses to come from south and just overtake and consume local business.

NEWS: What are the priorities?

IRELAND: The boom and bust cycle in the Territory is not gong away in a hurry. Business needs to be able to scale up and down to cope with that, businesses need to partner where they can collaborate.

NEWS: How it the Northern Australia Infrastructure Facility (NAIF) performing?

IRELAND: It’s fair to say it has been a disappointment. It is very detailed in its application process and scares a lot of businesses away. It is a little bit risk averse, I know we’re talking about a lot of money. There needs to be some mechanisms so particularly smaller projects can get a pathway through that process. [One way would be] to provide a bulk sum of money to the NT Government to be spent through existing processes, because of their existing local engagement programs and their understanding of how to deliver those to remote communities. This is something the Federal Government would see as a barrier at the moment.

NEWS: What about the Sea Dragon prawn farm. Is it going to pop?

NEWS: Well, so far there is a $50m road to nowhere built the NT Government.

IRELAND: It certainly is. I know that Sea Farms are very strong believers in the project. Their chairman has been investing his own money into keeping it afloat until it gets to a financial investment decision. If it does succeed let’s hope it will do so fairly promptly. Those are the projects that are going to be the game changers for us.

NEWS: It’s like several mining projects in The Centre. They’re all ready to go except for the cash.

IRELAND: We see that problem, don’t we? Obviously [the gas field] Beetaloo is a substantial opportunity for the Central and Barkly regions and a huge opportunity for the government to have an own source revenue … a road to prosperity for the Territory. I am a firm believer that gas is going to be the transition fuel for the Territory and Australia to move forward with. Today [at a luncheon for Chamber members] I even mentioned the word nuclear – who knows what direction that will take?