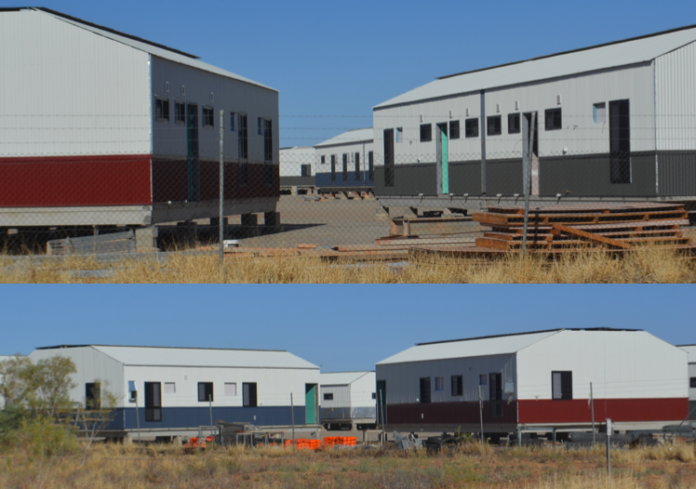 Alice Springs builder Murray River North, which usually reaches or gets close to its target of 40% Aboriginal employment, is one of several NT companies participating in a $68m government program for housing in bush communities.

Currently Aboriginal tilers, plumbers, an electrician assistant, carpentry apprentice and several labourers are employed by the company operating from Alice Springs airport land for about 20 years.

Mr McLellan says the firm, which also has a branches in Darwin and Borroloola, builds up to 100 houses on concrete slabs, weighing 34 tonnes all up, which are transported on “900mm off the ground trailers” to their destinations.

The group of companies were last year awarded contracts to build 134 homes, 74 of which have been completed, according to a government media release.