No need for Parrtjima hype: let the audience decide 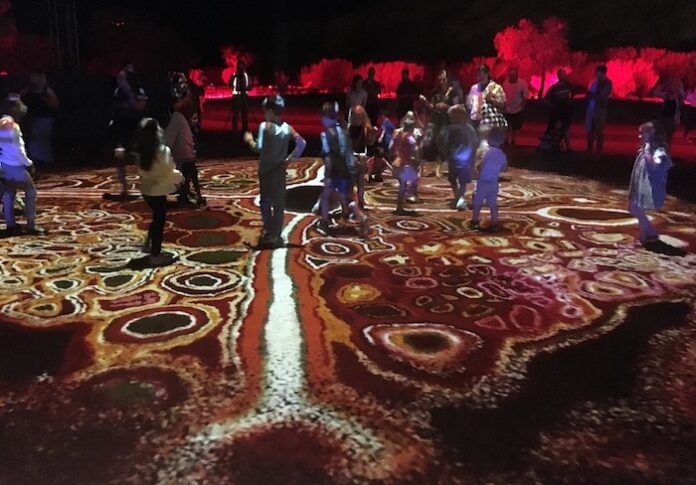 Parrtjima’s main light show is very impressive, projected onto two kilometres of mountain range and featuring effects on the ground close to the viewers that make it shimmer like a sand storm or a fast flowing river.

Behind a row of gumtrees lit up in red or green are the designs based on the motifs that  Aboriginal dot paintings have made famous, twirling around on the flank of the range which a couple of hours earlier had been glowing a deep orange – without any help from technology.

After a greeting spoken in Arrernte – great to hear, as we do on our streets every day, a living language that is so old –  comes the voice-over: “We have always looked up, down, through country, from the flat desert plains to the soaring ranges, the cold dew of the night to the sun rising and setting.”

The English narration is delivered with slightly irritating breathlessness and competing with Chariots of Fire style music. 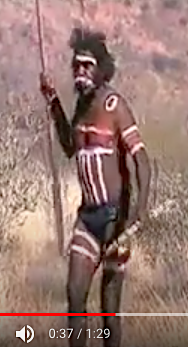 Yet here are the ranges being used as a backdrop when they have their own stories.

A 35 minute TV documentary I produced in 1991, Cry from the Heart, opened with the late custodian Harold Ross, “the keeper of the story of the dog Gnoilya (Akngwelye), who in the Dreamtime descended from the Nose of Stone”.

That nose is the landform at the top of the range to the right of the lights and beyond their reach because custodians decided two years ago the dog story was not to be part of the light show.

As Mr Ross related, and as was re-enacted for the camera, “The warrior Intwerluka pursued the animal and hurled a spear at it. From the mortally wounded dog a man emerged.”

That is a specific story – one of hundreds – and lot more relevant than generalisations.

There is an enormous amount of work going into running this fifth event at the time of a pandemic, done by Major Events staff with outstanding friendliness and patience.

Minister Natasha Fyles, all the way from Darwin, tells us to “experience Aboriginal art and culture and take the opportunity to immerse yourself in another world” and “celebrate the ancestry in the beautiful MacDonnell Ranges”. 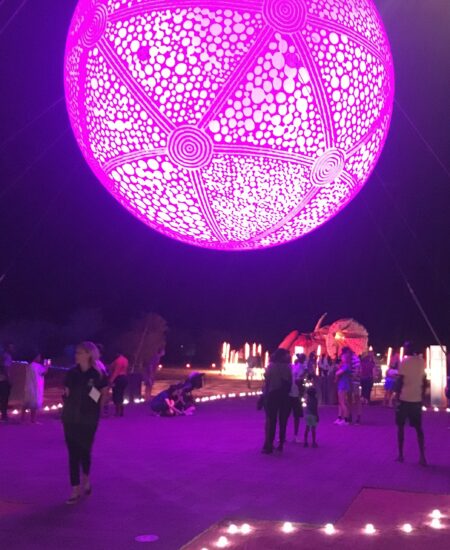 That couldn’t possibly be done in six minutes, helped not a great deal by the other “large-scale installations” that this year are less inspiring than in previous ones.

COVID-19 is likely to have something to do with that, but I have fond memories of seeing kids in the jumping castle and the house with six or seven doors but no roof and no windows, used to present a program of documentaries.

“Parrtjima is like nothing you’ve seen before. If you have the slightest chance to attend this year, do. You will remember the experience for the rest of your life. It really is that kind of event.”

Does Major Events Company CEO Tim Watsford really have to promote in this over-the-top way an event that’s free to the public?

It is what it is – not in the least a very pleasant time on a balmy evening, in a superb location, with a big selection of good and well-priced meals and the chance to have a yarn.

The News has explored the cost of the event – $2m plus, with much of it going out of town – as the Territory is approaching a deficit of $8 billion.

Over the past four years this has been a frustrating and only partly successful task. (Google here “Parrtjima costs”.)

April 17 last year Mr Watsford said it will take at least a month for Major Events to analyse the visitor numbers (local vs interstate and international visitors). We still haven’t got the answer.

Neither have we received the 2018 attendance figures we have also asked for – that’s the number of actual human beings, not some “through the gate” number.

During this week we’re planning to take another look, do some vox-pops and and sit down with someone to get the numbers, plus do a wrap of the functions in the Mall.

ABOVE: A mini corroboree to open Parrtjima 2020.

FROM TOP: Kids love the fast-moving down projection of artworks • Lights on the hill (photo supplied) • An artwork presented on a ballon with changing light effects.