Home Issue 36 At Red Centre NATS, every car has a story
Issue 36Volume 25 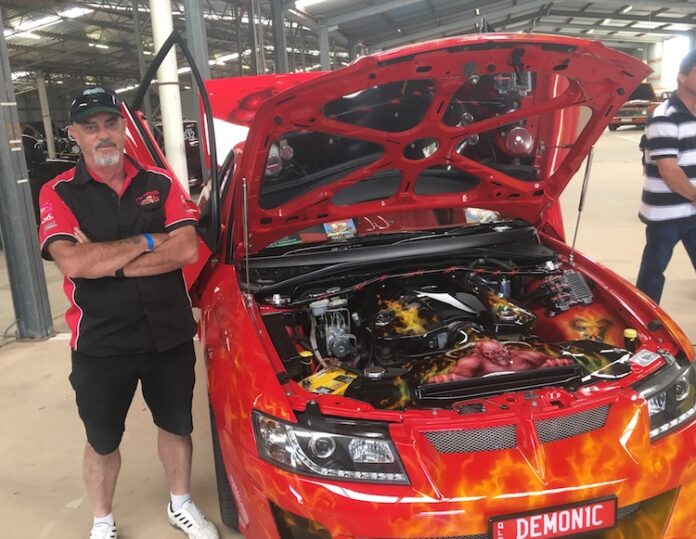 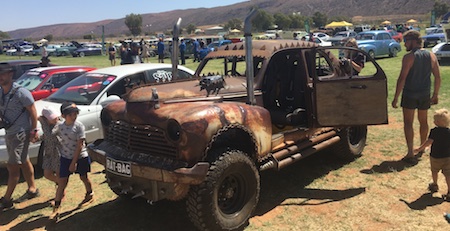 How do you deal with having post-traumatic stress disorder, being retired and bored?

You buy an “absolutely dead stock standard” Holden ute, spend the next 10 years turning it into a Show Car worth $160,000, make friends with people in the vehicle industry along the way and win a shed full of trophies.

Every of the vehicles entered into the 750 events at this weekend’s Red Centre NATS in Alice Springs has a story. This is the one of the Holden 2005 VZ HSV V8 Maloo (which means thunder).

After 28 years in Defence Force “I was broken,” says her owner and builder Alan Hamilton.

“One morning, I was bored, I decided to check out a car yard. I saw it.

“It’s good for my therapy. If I’m feeling down or having a bad day I just go into the shed and look at the car.”

The value Alan’ puts on it doesn’t count the hours – just the parts he put into it.

“It’s been an ongoing love affair for 10 years. 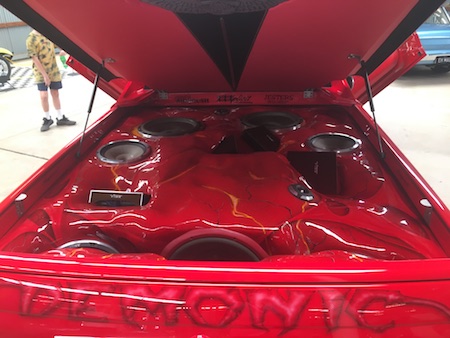 “It’s still not finished, there are still little bits I’ve got to do to it – I want to do to it.

“Then it will be finished.”

Learning on run was the order of the day.

“I used all local blokes from Townsville, different mechanics, different spray painters. They’d do the work and I’d start learning as well.

“I’d do the hard work for them, the sanding, and they’d do their magic.”

How fast does it go?

The story of the Maloo has two parts: The front and the back.

But what’s in the back is truely unusual: It’s full of speakers. It is fitted out for competition not only in speed, but also in sound.

Lift the lid and it can play to hundreds of people.

“We crank some tunes out of it” in sound festivals around the country where you get prizes for the sound and the vehicle. “You go for the bragging rights.”

Alan says there are 10 speakers in the cabin with two subs, six subs in the back, four 10 inch speakers, two 12 inch, “all encased in fibreglass”.

What’s his favourite music: “Believe it or not, country music, but I play rock, anything with a decent beat.”

As someone who’s been around the country many times where petrol heads gather, how does he rank the Red Centre NTAS?

Second only to the SummerNATS in Canberra, he says: “This is SummerNATS’ little brother.”