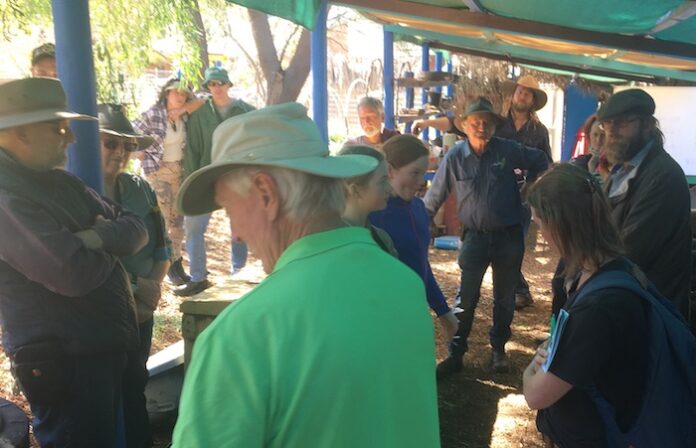 August has to be one of the busiest months on the gardening calendar with a diverse range of gardening activities needing to be entered into from pruning to fertiliSing to planting.

Early planting is generally the norm in Central Australia for many plants as they can quickly settle and put on a flush of growth as spring arrives and subsequently have well established root systems preparing them for the hotter months ahead.

Priority should be given immediately to planting tomatoes in the vegie patch, most Central Australian and Australian native plant species love being planted this month and for early displays of floral colour early plantings of petunias can be undertaken now.

Unlike the past two years where we have experienced several nights of minus three to five degrees this winter has been relatively mild with the coldest night minus 0.8 degrees thus little frost damage has occurred and with the weather now turning its definitely time to be busy.

It’s safe to prune exotic plants now as it will be approximately six weeks before they shoot and the frost season will definitely be gone by then. On average we have nine frosts in August and three frosts in September, thus its still possible we will have a mild frost or two but it doesn’t feel like that.

It feels like this is again going to be one of those years when spring comes and goes in a matter of three weeks or so. I hope not as spring is such a wonderful time to garden.

The bees are having such a wonderful time with flowering plums, almonds, deciduous fruit trees, citrus and mulberries all coming into flower along with so many pollen and nectar rich grevilleas, eremophilas, eucalypts and many other native plants now in bloom.

Remember it is also time to prune native plant species once flowering has finished. By pruning after flowering energy will be redirected into growth as against seed production. Pruning will also improve the plants form and promote strong Spring growth.

With many native plant species having been in flower many birds and insects will have visited the bushes and in doing so may have left behind pesty insects like thrip, mealy bug and scale insects along with a range of fungal diseases.

A light prune to improve shape and promote new spring growth will also remove any insects left behind by the birds. These insects will breed prolifically over the next two months with temperatures having risen making breeding conditions ideal.

Just remember some insects are capable of producing 20 to 25 new born babies daily so it doesn’t take long for the population to build up and seriously impact on the health of your plants and garden generally.

As a general rule complete pruning of roses, grape vines and stone fruit now. Citrus can also be pruned over the next month to remove dead wood and improve shape. Many citrus are still at their peak in terms of fruit production and should be harvested daily.

Don’t forget its time to now fertilise citrus now to improve next seasons crop. Failing to fertilise citrus adequately at least twice a year results in inconsistent fruiting, often leading to good crops one year followed by a poor crop the next. 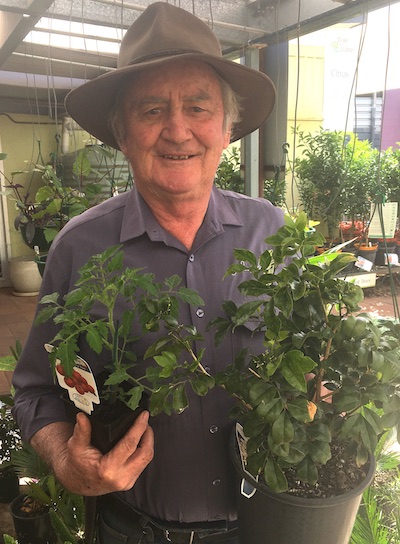 Fertilise and irrigate adequately and you should be rewarded with good harvests annually.

Grape vines and fruit trees should be sprayed as bud-swell time arrives to eliminate fungal and mite problems. Spray roses on completion of pruning.

Protect tropical fruit trees from any late frosts to preserve existing crops wanting to mature over the coming Spring and Summer. This is particularly so for paw paw trees.

As August progresses conditions continue to improve for planting citrus trees with mid to late August the absolute ideal time to plant citrus.

Now is the time for preparing soil in containers for new plantings of Spring vegetables, herbs and flowering annuals.

Aside from planting flowering and food producing annuals perennial container plants can also be repotted now into fresh potting soil often with a root prune to improve plant vigour. At the very least they can be given a boost by introducing a slow release fertiliser.

There is so much to plant in the vegetable garden along with preparing beds for planting of summer crops once frosts abate. For those who like to germinate their own seed and have a warm protected place egg plant, zucchini, cucumber, capsicum and chilli seed can all be sown now or alternatively you can purchase established plants as they become available.

Pumpkin, watermelon, rock melon and other summer crops can be sown later this month. Otherwise again visit your local nursery weekly and as new crop seedlings become available snap them up and plant with haste.

Generally the earlier you can plant the greater chance you have of producing high yielding plants. This is particularly so with tomatoes. The earlier you have them planted, growing and flowering the bigger the crop.

Tomatoes produce little once the temperatures climb above 35 degrees, the flowers simply do not produce fruit or the fruit doesn’t set.

Seed potatoes planted now will commence emerging in three to five weeks after the frosts have gone and you will be harvesting large yields before Christmas. Garlic is another productive plant that can be planted now

In conclusion an early spring clean of the garden and preparing beds well in advance will have you ready to plant furiously right throughout the garden as the warming spring days fast approach.

Remember when introducing fresh animal manures and home made compost into the garden for best results it often pays to wait eight to ten weeks before planting.

Alternatively purchase pelletised organic fertilisers as when using them you can dig them into the soil and plant literally straight away without harming your seedlings.

PHOTOS: At top – Geoff Miers (in the centre) at this year’s EcoFair which has now reached 9600 viewers nation-wide on the Facebook show Costa Georgiadis Official Live Tour and Workshop – Alice Springs Community Garden. Behind Geoff is organiser Jimmy Cocking and in the foreground, Bruce Simmons, one of the key volunteers of the Community Garden. Second photo: Geoff with a tomato plant (left) and a muraraya, a “mock orange”.