The Town Council looks set to support a $200,000 package to support artists and arts organisations impacted by the Covid-19 pandemic.

The arts sector is widely acknowledged around the nation as one of the most severely impacted by the shutdown response to the pandemic.

An initiative of Councillor Catherine Satour, strongly linked with the sector by her own performance background, the outcomes of council’s package would benefit the whole community, she argued – building morale, giving people something to come out for after the shutdown, to feel inspired, connected.

Her fellow councillors were on board with these sentiments, yet the debate on the matter during last night’s committee meetings lasted almost two hours.

Cr Satour’s proposal was simple: the budget would be divided between a quick response grants program to support new work or adapt existing work (using council’s established processes for community grants) and an expansion of the existing Creative Alice series, providing opportunities staggered over 12 months to showcase the new work.

I won’t even try to convey the tortuous questions around the mode of delivery – coming particularly from Mayor Damien Ryan and Cr Jamie de Brenni – and it was hard to work out the politics, given the general support for the proposal, its surely non-controversial appeal and the fact that council already deals with grants programs, which include support to local artists and arts organisations. 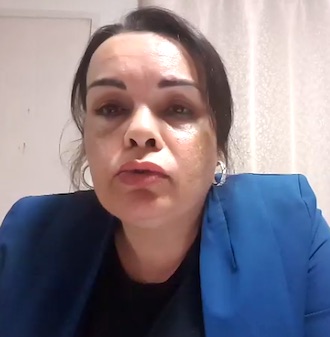 The package would presumably be funded from within council’s $5m Covid-19 response package. This is where a complication has arisen.

Councillors  and officers have a different understanding of a $1m allocation within that $5m, intended to relieve hardship experienced by non-commercial ratepayers. Officers had prepared for Elected Members’ approval a detailed package of initiatives supporting “resilience and recovery”, with some cross-over into arts activity, that would be funded by this $1m.

Cr Eli Melky, however, was adamant that councillors had always intended the $1m to support home-owners experiencing difficulty in paying their rates.

Turns out that “less than a handful” of applications have been made for rates waiver, according to Cr Glen Auricht, who may have been speaking out of school. Cr Melky, who has a memory like a steel trap, warned him that that information was “not in open”. Too late.

A further twist in the debate came from CEO Robert Jennings’ suggestion that the confusion around the budget and possible cross-overs in the packages as well as with existing council programs be sorted out in next Monday’s forum (behind closed doors).

Cr Marli Banks in particular challenged this on grounds of due process. Elected Members’ motions are not usually workshopped in forums: they are debated in the chamber, possibly amended, and won or lost there.

Cr Satour, who steadfastly resisted the confusion, wanted a vote taken on her motion last night. She had given plenty of notice of its intent – which she foreshadowed a month ago, followed up with email exchanges with her colleagues and discussions with officers.

An amendment was passed, allowing for details of the package to be worked out by officers in consultation with Elected Members, and the motion was supported, five votes to four. It will be formally voted on at the end-of-month meeting.

Meanwhile, officers will prepare an update on the budget. Support for the “resilience and recovery” package will be reconsidered in light of that update. It includes support for small businesses (up to $5000 from a pool of $205,000), as well as for community organisations ($100,000) and sports ($45,000).