A gas-led recovery is short term, good only for the gas industry 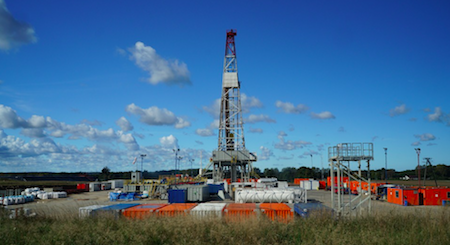 Sir – Instituting a structurally broken US business model as Australia enters the first recession in 30 years will cause the country even more pain as lockdown eases.

The Federal government has signalled support for the National COVID-19 Coordination Commission’s (NCCC) proposed gas-led recovery and in so doing, is supporting its recommendations for adoption of the US oil and gas industry business model at a time when US oil and gas company bankruptcies are stacking up daily as the industry continues its downwards trajectory, desperate for handouts.

In a world over-supplied with cheap gas, the NCCC is also suggesting opening up further gas supply in order to bring down prices in Australia to $4/gigajoule, but with current spot prices at $5.23/GJ in Victoria and $4.74/GJ in Sydney, and existing contract prices around $7/GJ, it really is a hard sell.

What the NCCC may not be recognising is that paying around $4/GJ makes us still 66% more expensive than the US.

The gas industry lobby group, the Australian Petroleum Production and Exploration Association (APPEA) disagrees with the NCCC, stating in The Australian newspaper earlier this week that it wants to continue to sell gas at vastly inflated prices into the domestic market.

So, should we apply the US model to the Australian gas industry? Absolutely not, unless we want the whole country to fail.

The US model means pouring money into a failed oil and gas, and petrochemical industry, made starkly apparent with the number of bankruptcies continuing since the onset of COVID-19.

The NCCC is promoting a number of old expensive infrastructure project proposals such as the east-west pipeline and the ammonia fertiliser factory for Narrabri, New South Wales which even before the COVID-19 lockdown had not been approved or were deemed uneconomic.

Prices have collapsed in the ammonia and oil and gas industry globally and are unlikely to recover until the supply glut moves, which for gas, will be at least eight years.

Subsidising new oil and gas and petrochemical projects which are globally bottoming out when other industries such as IT and medical technology are booming is a backwards step for a country already contracting.

This is particularly the case when the gas industry in Australia are writing off billions of dollars in losses and are historically poor tax and royalty payers.

Robertson notes the NCCC is attempting to prop up a failing east coast Coal Seam Gas (CSG) to Liquefied Natural Gas (LNG) industry which is very high on the global cost curve.

The three lead players, Shell, Origin and Santos have already written off a staggering $19 billion on their failed investments since 2014, yet more write-offs are a certainty this year.

Pouring yet more government money into this failing industry is throwing good money after bad.

The commission is not putting forward a plan that can stimulate the Australian economy in the short to medium term. The markets are not allowing it.

Author of a report by the Institute for Energy Economics and Financial Analysis entitled Gas Cannot Stimulate the Economy, Reduce Emissions, or Provide Cheap Power.