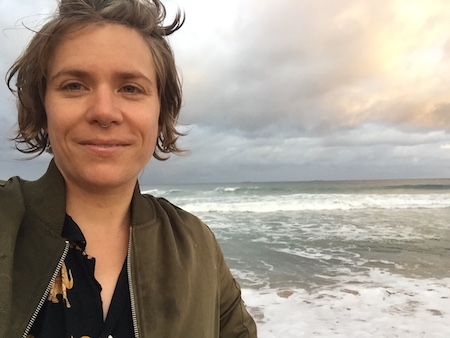 Covid-19 intra-state travel restrictions are being lifted on Friday but it’s worth assessing how well they have worked – or not. Our sources say control of movements between the designated biosecurity regions inside the NT was a joke.

That makes the hugely fortunate absence of wide-spread illness in the NT  more the result of nation-wide border closures than of internal NT  management.

There is no doubt about the excellent performance of our health service, but questions about the efficiency of some Territory-imposed measures remain relevant: a possible second COVID-19 wave may well hit the NT hard.

There’s a “bush highway” from Alice Springs to Hermannsburg, effortlessly avoiding COVID road blocks, according to an Aboriginal source.

Residents of bush communities are free to come into Alice Springs but until Friday they are required to undergo two weeks in quarantine if they want to return home, unless they have a permit.

That’s what  “Biosecurity Checkpoints” manned 24/7 by NT and Federal police and the Army are meant to ensure.

The objective of one south of Alice Springs (pictured at top), near the airport, is to regulate access to the Old South Road (parallel to the Finke race track) and the Santa Teresa Road.

But both of these roads remain easily accessible, getting around the checkpoint, enabling people to reach to Santa Teresa or Titjikala and Finke, and from there pretty well anywhere else in the 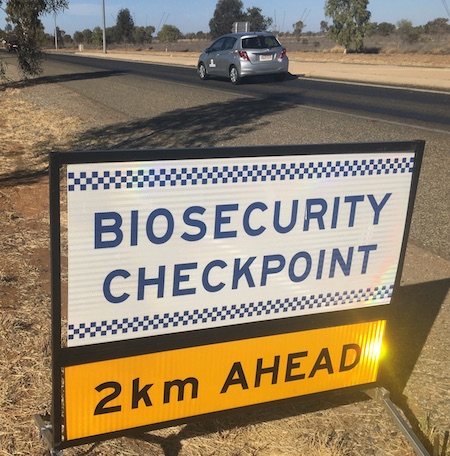 These are the options:

• From town via Amoonguna, across the Todd River, turn left onto the road along the eastern boundary of the airport land which links up with the Santa Teresa Road.

• From town go south on the Stuart Highway, turn left into Colonel Rose Drive, keep going towards the river, and turn right into that road along the airport boundary.

• Travelling to Titjikala or Finke: From town head south on the Stuart Highway, turn right towards Adelaide (the checkpoint is south of that intersection), turn left onto the dirt track just short of the rail overpass. Soon there are opportunities to cut across to the Old South Road.

There are “many” back roads from Mt Isa connecting up with the Plenty and Sandover highways north-east of Alice Springs, according to a well-connected Aboriginal person, claiming these back roads are used for secondary supply of alcohol.

Says the source: “There are 10,000 roads from the Pit [Pitjantjatjara] Lands to Mutitjulu [at the base of The Rock].

“No problem, it’s too hard to police. If there is a shortcut, a blackfeller will find it. They are too clever.”

A primary production industry source says backroads are used by people from Lajamanu to get to Kununurra or Balgo and back across the clearly porous border with WA.

Around the world transparency of Coronavirus measures was described to be crucial to their effectiveness. But that was not the view taken by COVID managers, their propaganda arm and the police which the Alice Springs News was told would be the go-to for information.

Samples of a police reply:

NEWS: How many police and army personnel, respectively, are deployed to control any movements on those bush roads, and on the Stuart Highway, Plenty Highway, Sandover Highway, Docker River Road, Kiwirrkurra Road and Tanami Highway?

POLICE: The numbers of NTPOL and AFP Officers and ADF personnel vary depending on the  volume of  traffic and location of the Border Check Point. These numbers can change depending on operational responses required.

NEWS: Where are they deployed?

POLICE: We have a number of staffed Border Check Points established as well as Remote sensor locations established.  Some of these are in prominent locations across the Territory and others are in more remote localities. For operational and tactical reasons we do not wish to advertise all locations.

We sent a draft of this report to Covidmedia, with an invitation to comment: “Would you please advise if any of the activities have taken place, and if so, which ones and where?”

The only reply so far was: “For clarification, are you seeking a response to the reports of people using ‘back roads’ from a police perspective?”

We confirmed we did and received this response: “Given you are seeking an operational response from NT Police, you will need to contact their media team.”

We have and will update this report if and when a further reply is received.

The News was not given the opportunity, available to Darwin media, of asking questions during media events by the Chief Minister nor the Health Minister Natasha Fyles.

There are several ways in which that could have been arranged. It wasn’t, despite our repeated requests.

Early in the lock-down period we pointed out to Covidmedia that between the Golden Mile to the west of Alice Springs and Amoonguna to the east there was unhindered traffic although regulations required a two week quarantine for people without a permit returning to these areas.

Both areas were finally declared as parts of Alice Springs.

While the Litchfield National Park in the Top End was opened on May 2, most of the MacDonnell Ranges in The Centre are still closed until Friday.

No explanation for that was given for that discrepancy.

Fingers firmly crossed there will be no second pandemic wave.