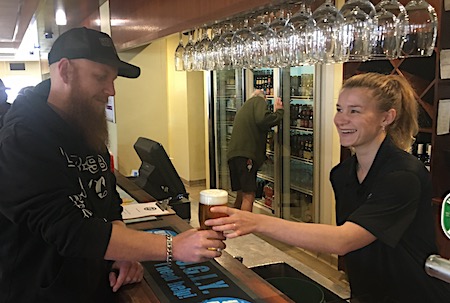 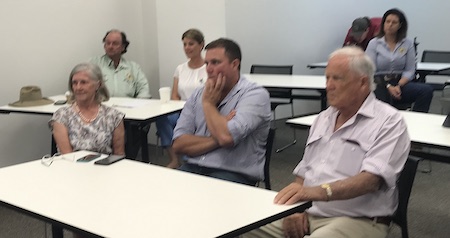 Justice Rares ordered that the plaintiff, the Brett Cattle Company in the Northern Territory, “is entitled to substantial damages and that the Minister and the Commonwealth must pay its costs of the proceeding”.

Justice Rares said – in part – in his findings released this morning: “I have found that [Minister Ludwig’s] Ban Order was invalid.

“That was because it prohibited all exports without any provision allowing him to make exceptions so as to allow exporters to carry on their lawful business where they already did, or readily could, have a closed loop supply chain in Indonesia with animal welfare standards at least equivalent to those in the OIE Code.

“Such a total prohibition was capricious and unreasonable and made the Ban Order invalid.

“The Minister knew that [his order] would prohibit any exports to Indonesia without any exception in an industry that in 2010 had exported over 500,000 live cattle worth about $400m.

“He had made no attempt to explore agreeing an appropriate solution with the Indonesian Government and that an order prohibiting all exports there would cause that Government concern.

“There was a real risk that, if he made the order in the form he adopted, it might be invalid.

“Yet, with that knowledge the Minister plunged ahead regardless. He made the Ban Order shutting his eyes to the risk that it might be invalid and to the damage that it was calculated to cause persons in the position of Brett Cattle.

“I am comfortably satisfied, based on the whole of the evidence, that the Minister was recklessly indifferent as to first, the availability of his power to make the Ban Order in its absolutely prohibitory terms without providing any power of exception and, secondly, as to the injury which the order, when effectual, was calculated to produce.

“Accordingly, the Minister committed misfeasance in public office when he made the Ban Order on 7 June 2011,” Justice Rares found.

The result is a monumental win for lead applicants: the Brett Cattle Company of Waterloo, the adjoining parties and the Australian Farmers’ Fighting Fund, the support of which made the case possible.

The decision comes exactly nine years to the day from the issuing of the first export control order by the then Gillard Government and following 18 months of deliberation by Justice Rares.

The case looked at the appropriateness of the Government’s decision making. The matter was a not a contemplation of the merits of the live export industry.

Today justice has been finally served. It puts all Governments on notice and sets a pathway that will serve to ensure a higher standard of Government decision making into the future.

Most importantly it brings closure to a very challenging chapter for Emily, Colin, Alison and Hamish Brett of the Brett Cattle Company and the many, many other northern Australian farmers and businesses whose lives and livelihoods were thrown into chaos as a result of the shutdown.

The shutdown came at the very beginning of the exporting season, when there were cattle in yards, on farms, on trucks, in feedlots and on ships destined for South East Asia.

In reference to the prospect of the Government appealing the decision, Ms Hayes said this must be the end of this matter.

The many families, businesses and communities that have been hurt need closure. In these tough economic times, it would be irresponsible for the Government to direct yet more taxpayer’s money to appealing this decision. Enough is enough.

Australia is the only country to regulate animal welfare after leaving Australia. Our industry is dedicated to constant and continual improvement and holding those who do the wrong thing, to account.