Being on a working holiday visa in Alice Springs 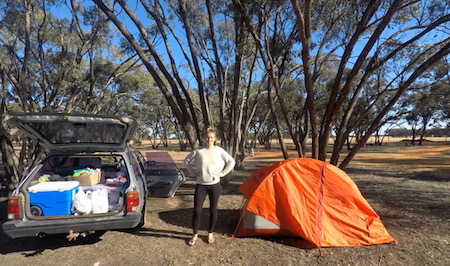 By MORGAN HOUPE
Wow, it’s already been a year!
A year ago, I came to Alice Springs for the first time with a working holiday visa.
Before that I had been working at a farm in the Riverland for three months picking oranges, apricots and butternuts to extend my visa for a second year.
After this amazing but hard-work experience, I hit the road with my old Subaru and decided to go north.
Not knowing exactly where I would land, I drove up the Stuart Highway in constant fear that the car might break down in the middle of the desert.
I slept in free camp zones along the road and fought flies all day, since the car had no air conditioning and the windows had to be constantly open.

Finally, I arrived safe and sound in Alice Springs but had to get rid of that old car.
It was good to come back to civilisation and meet new people. I mean, this was the whole point of being on a working holiday in Australia, meet new people, and travel around.
In Alice the main idea was to stay only for a couple of months, save some money and keep on travelling. But this town has something special we didn’t know about at that time.
Together with my boyfriend, Sebastian, we started working in some places around town serving beer and cleaning hotel rooms.
Hopping from one job to another, we had the opportunity to get involved with Indigenous people and we started to understand their culture and we were impressed impression by their art.
We were surprised by the kindness of the people. We made a lot of friends and we started feeling more and more at home. When time came to leave town, we already knew we would be back.
After one year of travelling around the world crossing from Asia, to Europe and then to America, Alice Springs never left my thoughts. 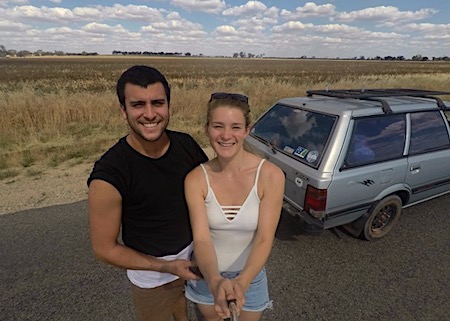 We were so excited to come back to the Red Centre.
Our last destination before arriving to Australia was Thailand. While enjoying the last days of holidays, the news on the Covid-19 began to expand.
We had to change our flight dates and itinerary to be sure that we wouldn’t get stuck in Thailand.
Fortunately, after five connecting flights, we touched Australian ground. What a relief, really, because with me being from Belgium and Sebastian from Chile, it would have been impossible going back to either of our countries together at that time.
In Alice Springs we had to self-isolate for two weeks living in a caravan at the back of the garden of the place where we had been living the year before.
We started looking for jobs, since all our old ones had to close their premises.
We stayed for at least two months without any work. These days were quite difficult because we had no income but still had to pay rent and groceries.
Thanks to the help of the Australian government, we could access our superannuation, which made it easier. 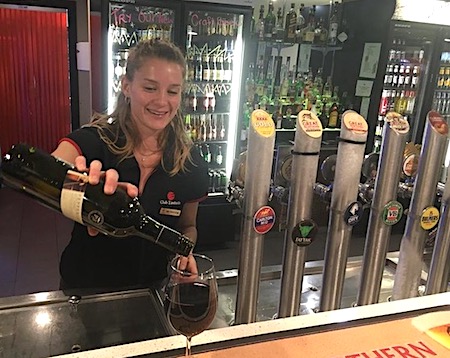 Now that restaurants and bars have re-opened we are finally working and we are really grateful that the Northern Territory is one of the safest places right now.
They have a saying here, if you see the Todd River flood three times, you become a local.
I have seen it once. I don’t know how long I will be staying here, but I know for sure that I want to discover all the secrets and hidden places that these ancestral lands have to offer.
And, hopefully see the Todd River flood a couple of times more.