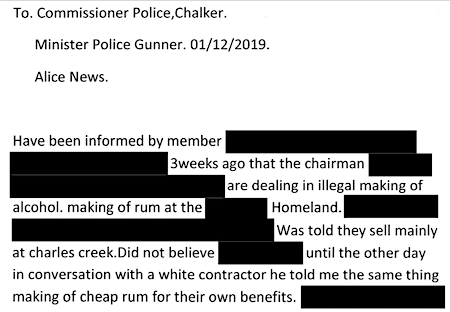 Allegations about illegal production of alcohol were made to Chief Minister Michael Gunner and Police Commissioner Jamie Chalker in a letter signed Concerned Title Holder and dated December 1, 2019.

A copy was sent to the Alice Springs News.

The letter (redacted version pictured) named two men and their positions in an Aboriginal organisation, as well as a homeland.

On April 25 the News made the following enquiry with police media, and we sent a copy of the letter to them: “Have investigations taken place? If so, what was done as part of these investigations, and what were the results.”

We’ve received no reply to the initial email nor to a follow-up on May 1.

Meanwhile police say in a media release they have discovered “further quantities of cannabis destined for remote communities” including some in a tyre tube of a child’s bike (pictured). 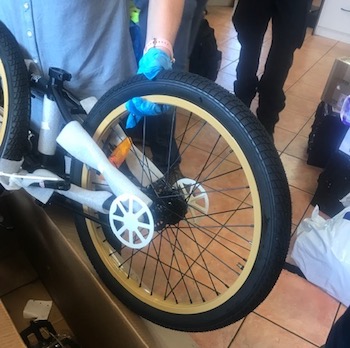 Between April 24 and 30 police seized about 630 grams of cannabis destined for remote communities in the NT, says the release.

“Police estimate the street value of cannabis seized to be upwards of $95,000.

“One person was issued a notice to appear in court and two drug infringements were issued. Two further incidents are being investigated.” 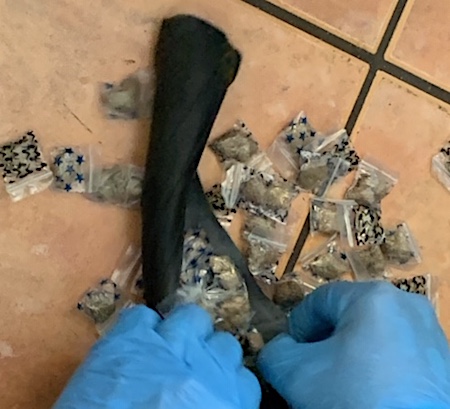