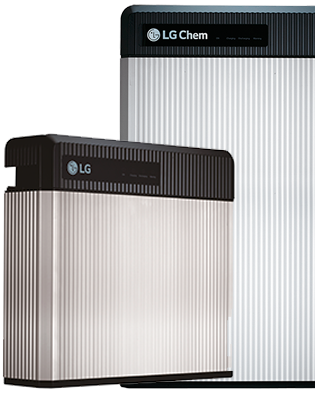 Cutting the Feed In Tariff (FIT) from what was equivalent to the buy price of a kWh to a “mere” 8.3 cents was inevitable.

Australia’s East Coast population are already on similar single-digit FITs, and nationally power utilities are able to buy large-scale solar for around four cents per kWh. So how can the NT utility justify paying more to their customers?

Are we to assume that with their new “buy-in cheaply” regime, that Power Water Corp are going to reduce the price of electricity to all Territorians?

That the government has not made the new FIT applicable to pre April 5 approved domestic back-to-grid solar power installations is politically expedient, even if it does not incentivise the deployment of domestic batteries (pictured).

However, batteries can attract government subsidy from the various stimulus packages that have been announced in the past few weeks. And, if you were to take up one of these stimulus related offers you’d effectively terminate your existing FIT and revert to the new 8.3 cent FIT.

The end of the old one for one FIT, or 23.6 cents per kWh (which many used to justify previous solar installations across the NT), actually works well to bring focus on the value of domestic batteries.

The old FIT meant it really was of no value to install a battery (particularly as you were still not allowed to operate off-grid, even if capable – so you’d suffer from any power outage like the one we had last October).

Let’s look at a worked example: With solar, but without a battery, if you consume say 15kWh outside of sunlit hours, you’d have to spend $7.10 each day or $2593 per annum with Jacana.

Of course, you could offset that – in full – by now delivering 42.79 kWh to the grid during daylight, under the new 8.3 cent FIT (if P and W are willing/able to take that power input!).

You would also need to factor in that you’d have to generate say another 15 kWh for your own “daylight hours” use (to satisfy your daily total consumption of 30kWh). This would require a total solar generation of 57.79kWh which, if we can assume a 10 hour solar day, would mean you’d need a 5.8 kW array of panels at the very least – quite large and costly!

Alternatively, with say a 15kWh battery to provide for your non-sunlit hours, you’d need to generate just 30kWh across the above 10 hour day – so a 3 kWh solar panel array would appear to suffice.

A 15kWh battery would seemingly do the rest – except that the power in : out efficiency is around 88% so you’d need to capture 17kWh for the battery to provide you with an overnight 15 kWh.

The above has not considered the annual $186 you pay for grid connection (essential if you don’t want to be an “island”). Obviously, using your own power makes the most sense – it’s not worth selling it and it’s very much worth avoiding having to buy it. In that regard a battery becomes very valuable indeed.

The next question is: Should I pay $186 per annum for the insurance of staying on the grid – so that I can buy power if the sun doesn’t shine (or if I suddenly need more)? But of course, under current terms, once you are grid connected you are subject to their control/outages.

We are hearing today from the solar industry that there is some scope for extending the deadlines for applications but the Labor Government has said nothing.

Minister Wakefield needs to come forward and explain exactly what is going on.