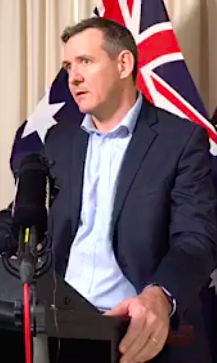 The Territory Labor Government will deliver $180m in additional support to Territory businesses as part of our Jobs Rescue and Recovery Plan, according to a media release from Chief Minister Michael Gunner (pictured).

For households and individuals the Government is working on legislative amendments to create longer periods of mandatory negotiation between tenants and landlords and fairer terms for new leases when there is demonstrated hardship because of the coronavirus.

It will slash power, water and sewerage bills by 50% for businesses for six months (for regulated utility tariffs).

This support will be effective for six months from April 1, and businesses can apply from May 1, says the release.

Commercial landlords will get support “so they in turn do the right thing by their tenants”.

Landlords will be expected to negotiate relief in line with the Code of Conduct for commercial tenancies, agreed to by National Cabinet.

If they do this they will also be eligible to receive payroll tax and utilities bills relief.

“In addition, we expect households and individuals to be able to benefit from rates relief provided by local councils.”

The Government will also waive the property activation levy for relevant landlords whose property becomes vacant due to the Coronavirus crisis.

The release says: “However, if commercial landlords do not negotiate in good with faith their tenants, landlords will not be eligible for this relief, or any of the economic support packages recently announced by the Government.

“Today’s announcement means the Territory Government is now investing more than $300m to protect the economy and save jobs during this unprecedented crisis.


“We have already taken action to freeze regulated power and water prices and government regulatory fees at current levels until July 1, 2021 for households and businesses,” says the release.

Jacana Energy and the Power and Water Corporation also have existing financial hardship arrangements in place to provide support and flexibility for households struggling due to the coronavirus crisis.