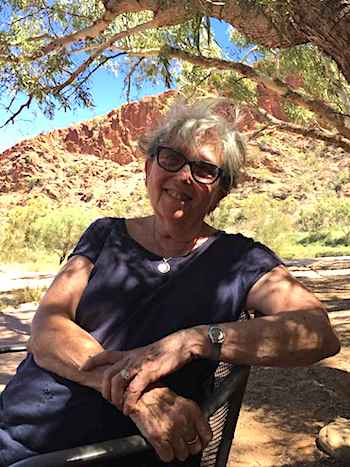 As we publish the fourth edition of Alice Votes the world as we know it is in a state of flux. The NT elections may happen in August or not, but some issues remain front of mind whenever elections may occur.

Maya Cifali is a long time Alice Springs resident with opinions on many aspects of life in the Territory and has a passion for Central Australia.

Its neglect by Territory governments of either colour bothers her greatly: “We mainly hear about what is done in Darwin, for Darwin and the Top End, and we don’t hear enough about Central Australia. The issues are 1500 kilometres apart and from the tropics to the desert, the world views differ widely.”

In the forefront of her mind are youth crime and education, a focus she shares with others featured so far in this series.

Rev. Brian Jeffries spoke of the importance of adding indigenous languages to the school curriculum in order to put an end to “ad hoc” approaches.

Councillor Eli Melky spoke about “prevention [of crime] that starts with education, supporting parents and children where others have failed them over many decades”.

“When we talk about youth crime we talk about the elaborate crimes of a small number of teenagers who don’t know what to do with themselves. They hang out together, roam the streets hoodies on, often hungry, in need of a few dollars, and of fun.

“They have never received any notion of moral limits. They grew up like weeds, future criminals overcrowding our gaols.

“It’s not the children, it is the parents that we have to target.

“Parenting in this country, mainly Aboriginal country, is starting very early. As you know, children – and I still call them children – aged 14 to 18, produce babies. It is easy to produce a baby. And they love their babies; it’s not a matter of love. It’s a matter of knowing, once you have a baby, what you should do with it!”

Maya’s view is that the responsibilities of parenthood are broadly and sadly missing.

“It’s not enough to have a baby and kiss him, and then not to wash him and feed him, and teach him the norms of social living. The older traditional rules did not cater for social living in an urban environment. Their focus was survival.”

Maya often sees youths she worked with as children at Yipirinya School who are now adults struggling as parents.

“We never taught them what it is to become parents as if it were a de facto knowledge. We were focussing on, ‘you have to learn your language, and go back to country and learn the old ways.’

“Yes, it’s more than important, it’s essential to be proud of one’s heritage, to know your identity, but we never talked about how to become responsible parents [and about] alcohol abuse damage.”

Maya considers herself privileged to have had parents who knew their responsibilities: “I’ve learnt as much if not more with my parents and family than I was learning at school. Different things but as valuable.”

In Central Australia where “the problem has been induced by 50 years of negligence,” the government has a responsibility to help parents understand their role in education.

“We often stress that education is to attend school, if school attendance was higher, the problem of youth delinquency would be solved. I don’t think so. Schooling helps, but it is not enough. In my view education is an everyday occurrence and it starts at home.

Maya acknowledges that community affairs need to be handled by the elders and community councils, not by the Territory or Federal Government: “To see any result may take longer than the four years of any NT elections, but it is worth the gamble before it is too late.”

Fracking is never far from the minds of the guests of this series. 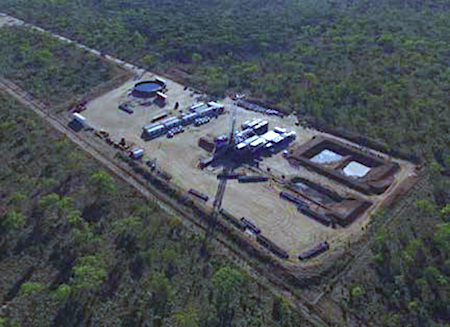 Jocelyn Davis said: “I am really concerned with the way fracking and the gas economy is being approached as just short term gain.

“Now we are seeing the oil prices turn down and companies pulling away from the NT. That’s how fragile the supposed benefits are. It’s never been a long term proposition, so this is what all that investment by governments comes to.

“It’s been as bad a short term decision in my mind as selling off the Darwin port. I hope we have a chance to totally rethink, and not sell the Territory down the short term gain track that fracking promised, as we rebuild the economy.”

Maya put it more bluntly: “The only thing about the bloody fracking is the dollars they see at the end. They don’t see the hurt they produce in the Aboriginal community, the hurt to our water reserves and to our fragile earth structure. Fracking is affecting everyone in the Territory.

“We can put as much safety net around fracking as the Government is supposed to do, the process itself is actually aggressive . It’s like —not exactly — putting an atomic bomb down there instead of up in the air.

“You drill in water and many chemicals, all that cocktail underground, at very high pressure, and PPRRRRRRR! gas or whatever will come up.

“Ah, fantastic! We get the gas and sell it to Singapore or wherever they want to sell it. By then the underground strata are fractured, it could actually produce earthquakes.

“The whole geology has been meddled with. The ground water of the water table becomes undrinkable. Now don’t tell me that this interference can be safe!”

Looking past COVID-19 Maya says tourism to Alice Springs will need to be turned into more than a 24 hour stop over on the way to Uluru or Kakadu.

“People forget that we have as beautiful sunsets, even better, in Alice Springs and around on the dramatic features of the East and West MacDonnells.

“In normal times Alice Springs offers a cultural life and sport activities that no other towns this size can offer.

“The so-called tourist season may extend over a good eight months, when we exclude the three to four months of torrid but dry summer.

“Darwin and Top End can only offer the few months of The Dry, the rest of the year is too humid for any reasonable foreigner.”

Maya thinks we have missed the boat about the National Aboriginal Art Gallery, tipping it will end up in Adelaide.

But Alice Springs should not give up on having an art and culture hub of its own. The next government in Darwin should concentrate on bringing “the best gallery we can have” to the area, while also focusing on everything else the area has to offer as a destination.

In her view, “you don’t kill two birds with one stone.

“The gallery is – or I would say was – to be looked at as an issue in its own right, and the Mall and the CBD development as another issue. Don’t put them in the same basket. One is commercial, the other is art.”

Maya admits that a truly great gallery can and will affect the local economy, but says it should not be relied upon.

“If and only if the art gallery is really, really good at a national level, the CBD, and everything else will follow. But concentrate first on what is best for art.”