Getting the crisis psychology right 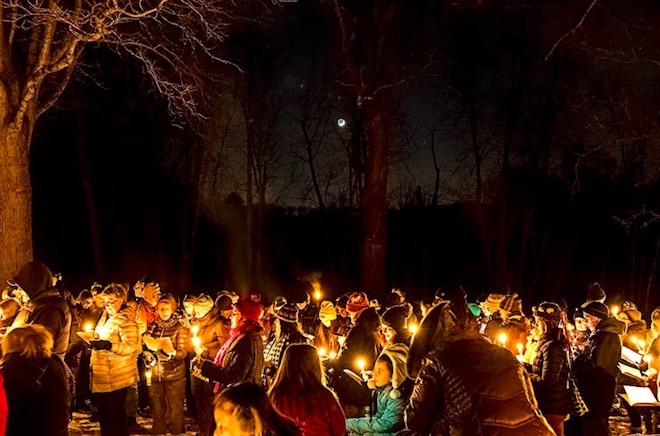 Above: Among other things, we need staging posts to get through the prolonged shutdown of our normal lives. In the northern hemisphere people, facing their long dark winters, have long understood this. The photo shows the 2019 Winter Solstice Festival in Boston, USA.  The news from there today is grim, hospitals nearing their limits. Let’s hope it’s all behind them by this year’s winter solstice. Source: The Boston Calendar.

“Both are under attack now like you wouldn’t believe,” says Louise Samways, a local clinical and health psychologist with a national reputation, speaking of the COVID-19 pandemic and how it is being managed.

“There needs to be much better consideration given to how humans are going to respond to what they are being asked to do.”

She’s not touting for work, she’s busy enough with her clinical and supervision loads, but she strongly believes in the value on offer in her profession.

“I’ve been quite concerned and alarmed that there does not seem to be any input on the government’s key advisory panels from either health, social or community psychologists,” she says.

Decisions are being based on the expert advice of epidemiologists and virologists but “there’s a lot more going on in how the human immune system responds than simply the presence of a bug in their system”.

“We are a mindbody not a mind separate from the body,” she explains.

And our mindbodies react to prolonged high stress and especially to a sense of helplessness. This raises cortisol levels which can depress the immune system.

“Feelings of disconnection and the lack of a role in the community in which you feel your contribution matters also affect the immune system.”

“A coordinated community effort will make us all feel safer and stronger, which will allow clearer thinking and much better decision making.”

If people’s emotional responses are not brought into the picture there is a risk of creating “massive mental health secondary issues”, she says.

This crisis is not like a major accident or a calamity such as an earthquake, which happens and then it is over.

From those kind of events people can return to physical and emotional safety quite quickly, they can process that kind of trauma.

But preparing them to face an “ongoing rolling ball, that’s totally different”.

“Human beings are not wired to deal with that.”

In a previous article, Ms Samways had practical advice for coping strategies that people can adopt to better look after themselves. 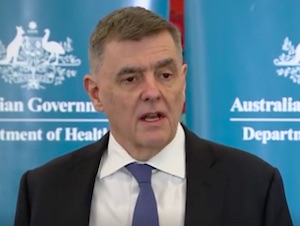 But better messaging from authorities could help.

It needs to be consistent and concise.

It needs not to assume a middle class baseline, because the experience is totally different for large parts of the population.

Attention needs to be paid to the language used: for instance, “physical distancing” is the better term than “social distancing’, as we all struggle to find ways of staying socially connected while staying physically two metres apart.

And it would help people to have stages described to them, says Ms Samways: “This is what we are looking for, these are our goalposts.”

The six months, 12 months, 18 months being referred to before we’ll get to the other side of the crisis, for most people hearing that  “it’s like grabbing hold of fairy floss, it sticks to you, you can’t get its shape, you can’t deal with it”.

In the northern hemisphere people have long understood this.  Their traditional midwinter festivals served as milestones, they were a way of getting through the long months of cold and dark.

Authorities need to draw on the expertise of people who understand this psychological dimension to the situation we are in, argues Ms Samways.

Their advisory committees would be helped too by having representation on them of  “people at the pointy end”.

“Where are the hospital ED staff, the teachers on these committees, the people who describe themselves as being sacrificed to this crisis?”

The widely reported shortage of personal protection equipment (PPE) means that these groups and their connections, who are “watching their family members being put at risk”, are a “very frightened population”.

And with their arousal up, the danger is that their capacity for clear thinking goes down.

Input from psychologists could also help authorities as they look to the future, particularly in terms of the economy, says Ms Samways.

“They are talking about hibernation of the economy as if it will simply go back to normal.

“We will be different people at the end of this, with different priorities, different capacities.”

There could be hope in that – people might have a better understanding of the need to address inequalities, they might not want a return to economic growth at any cost, and especially not at cost to the environment.

We could take advantage of the hiatus brought about by the lockdown to think about what we want for our society on the other side of COVID-19.

See Part One: Coping in the CV-19 world: what we can do for ourselves