The Department of Local Government had given an exemption from opening the meeting to the public due to the COVID-19 situation we all find ourselves in. This was going to apply to attendance by media too, we were told up until yesterday morning.

But the technology for meetings online exists and is easy to use (Zoom and the like) and the Alice Springs News argued that the media be given access.

After a bit of background agitation, we were.

Ordinary meetings are usually bound by formal rules. These mostly went out the window and a more relaxed atmosphere settled in.

It might have helped that we were variously assembled in our home offices slash bedrooms or sitting rooms (Councillors Jimmy Cocking and Eli Melky played around with more exotic backgrounds). There were also some visits from small children before the meeting proper got underway.

It definitely helped that Mayor Damien Ryan, in the chair, could not see everybody on screen at once, so he had to encourage his fellow councillors to but in, in order to be heard.

This is the opposite of what usually happens, but rather than a free-for-all it seemed to encourage a collegiate approach.

Councillors often lapsed into using first names – and why not? Everyone got to say what they needed or wanted to say, and those given to erring on the long-winded side were more to the point, more concise.

This caused no obstacle to the essence of the formal rules – that any decision by council is captured in a motion and voted on – being maintained.

Sadly, the main content – in the open meeting at least (it was followed by a confidential meeting as usual) – was deferral after deferral due to events and programs being cancelled, victims of the COVID-19 fallout.

These include the October Masters Games, which council (as sponsor, not organiser) is in favour of deferring until 2021, back to back with the already scheduled 2022 event. 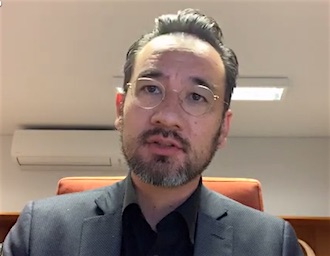 On the upside , the competent management by CEO Robert Jennings (pictured) of local government responsibilities in the crisis – how to deal with waste, management of public spaces, closure of public facilities and so – has apparently become something of a benchmark in the Territory, with the leaders of other councils calling in for advice.

He was warmly congratulated for his work by the elected members.

A few notes on future progress: maintaining online access to meetings beyond the crisis will become part of the budget deliberations, picking up where Councillor Jimmy Cocking left off in 2017, when he raised the possibility of webcasting and live streaming.

Council will continue where possible its planning for future developments, for instance, in park upgrades.

One in particular stands out: Madigan Park on Northside where a meeting of residents (pre-virus) suggested that it be subdivided, half the land developed and, with the money raised, upgrade the remaining half of the park.

For the first time council is seriously looking at developing the land itself, by building four residential units on it, rather than simply selling the land to a developer.

A more detailed proposal will be developed by officers before another round of public consultation.

Ashwin Park is due for public consultation now over its possible improvements. Rather than postpone, council will proceed – using email addresses collected from people who have attended previous meetings, advertising, and, asked Cr Cocking, why not hold a meeting by Zoom or similar?

Design work on a new public entrance to Todd Mall will proceed.

In the general business section of the meeting, Cr Cocking acknowledged the work of the hospitality industry in turning their businesses around quickly to adapt to the new conditions, in particular the town’s restaurants in converting to takeaway service and so helping the community to stay at home.

Mayor Ryan spoke of the agreements three large property owners have come to with their tenants; of an approach by members of the Indian community, prepared to help with meals for overworked doctors and nurses.

Cr Glen Auricht wanted to know why the NT Government is holding up the award of so many contracts – for the maintenance of critical infrastructure – yet handing out millions in stimulus packages. Had the issue cropped up in his deliberations with the government? he asked Mr Jennings.

The reply was diplomatic: the government has been putting a lot of time into managing the crisis, this is the response phase, as we get through it they will no doubt start to look at the recovery phase, Mr Jennings will work Cr Auricht to better understand his question before taking it to DIPL, making sure it’s in “the top of their minds”.

With the open meeting at an end, instead of my usual trip through the streets to my car and the 20 minute drive home to the rural area, I left the meeting and wandered out to the kitchen to see what was on for dinner. There can be some plusses in this locked-down life.

But on the other hand, I think I’ll miss even this erstwhile bit of connection to life around town.

Below: In life before the virus, the street scene as I left the last live Town Council meeting.