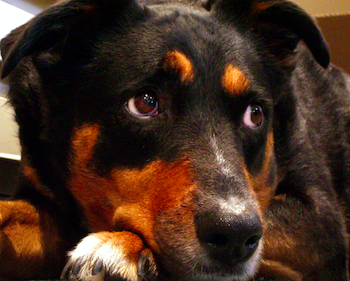 A Country Liberal government would kill proposed legislation under which renters would be able to keep a pet if they provide written notice to a landlord.

The landlord then has 14 days to object by advising the tenant in writing and making application to the Northern Territory Civil and Administrative Tribunal to determine if the refusal is reasonable.

The new laws would bring the Territory in line with the ACT and Victoria, according to NT Attorney-General Natasha Fyles.

But a CLP Government would scrap this pet clause in the Residential Tenancies Amendment Bill.

Opposition Leader Lia Finocchiaro says it is legislative overreach from a Labor Government who wants “to meddle in the lives of Territorians to create a controlling, nanny state.

“This is not about demonising pet owners or pets, it is about an incompetent Labor Government rolling out its out-of-touch agenda in its dying days.

“This law clearly infringes upon the property rights of Territorians who have worked hard for an investment property which they hope will one day be part of their retirement plan.”

Ms Finocchiaro says tenants already had the ability to negotiate with landlords.